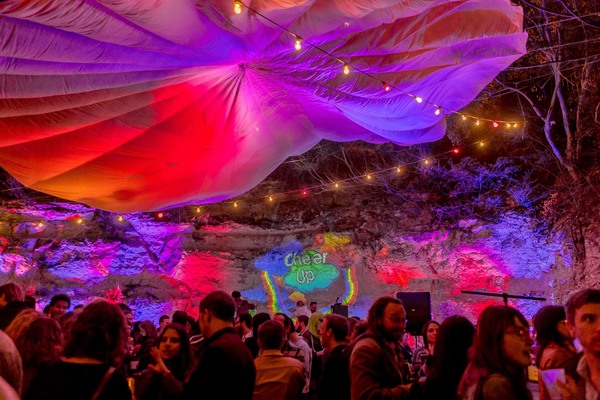 A packed house at Cheer Up Charlie's in Austin. (Photo by Bryan Parker)

Naturally, there's no shortage of cherished spots for shows in the "Live Music Capital of the World," which means we can't name 'em all in one post. (Well, we could, but it would be a very, very lengthy read.) Below are five we especially admire – and word on the street is that a lot of Austin locals feel similarly. The majority of this bunch boast multiple performance areas, and all of them are vital to the local independent music landscape.

Thee Oh Sees at Beerland during SXSW in 2011. (Photo by Renate Winter)

One of the regulars who prefers Beerland for his events and as a hangout is Gerard Cosloy – oh, you know, just some guy who's been a crucial part of the Matador Records team since 1990. It's not just Cosloy's seal of approval that's made the venue a beloved fixture in Austin, of course. For years, it's presented top-notch garage, punk, and rock 'n' roll shows almost every Wednesday through Thursday without fail and, for that alone, Beerland is unquestionably an integral part of the local scene. 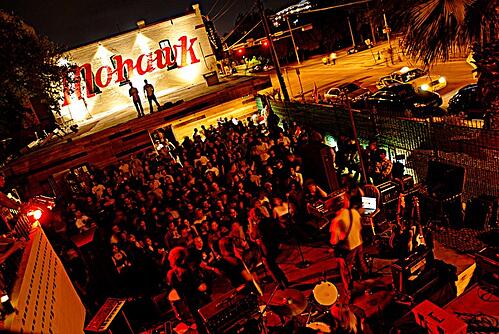 An honest reason locals likely love playing the Mohawk is its tendency to snag a lot of established and rising acts touring through Austin – so, if you're playing, you're probably opening for a whole bunch of potential new fans the headliner drew. They organize all-local lineups, too, but their loyalty to area bands through frequently including them in big bills surely adds to the Mohawk's appeal. 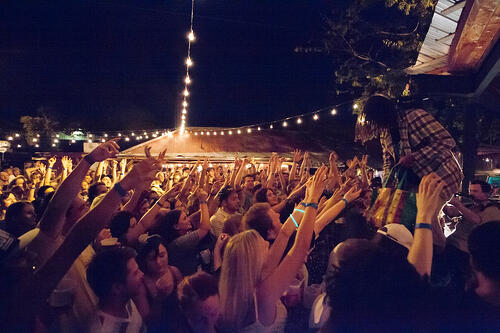 Its staff isn't kidding about its historic status. Originally a railroad saloon, the Scoot Inn has been continuously running, save for short periods of upkeep and construction, since 1871. And while it's not a nightly go-to for live music, the shows it does offer – on both indoor and outdoor stages – reflect Austin's varied sonic landscape. The venue's lineups include alt-country and folk singer-songwriters, electronic DJs, hip-hop, rock – pretty much anything goes. 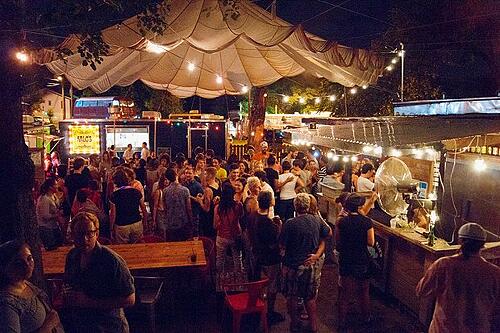 This LGBQT friendly spot knows how to make excellent use of its outdoor patio: a big, billowy tent above the crowd, mixed-color string lights, and spotlights and projections are just a few of the touches used when both local and out-of-town acts perform. And it's got a solid sound setup for its lovely covered wooden stage – plus Kombucha on tap, vegan eats, and organic juice cocktails. It's a great place to pre-game as the sun sets, then stay for one of its reliably stellar shows. 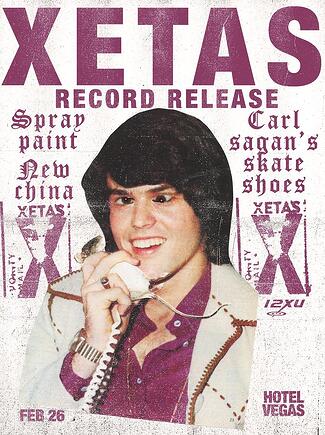 An example of one the many awesome Hotel Vegas posters. (Image via hotelvegas.com)

Located in the hub of venues in East Austin, Hotel Vegas is a 175-person joint with an outdoor area that has the capacity for even more folks. It certainly caters to the rock 'n' roll underground with local staples like Warm Soda, Bad Sports, A Giant Dog, and the like regularly gracing lineups. It gets the bigger acts, too, like the iconic Paul Collins' Beat, Slaughter and the Dogs, and even indie giants (see Spoon's secret homecoming show last year). And their gig posters are totally exemplary of the kind we can get behind. Peruse the schedule and its corresponding artwork on their frequently updated Twitter account, @hotelhotburrito.

What's your favorite venue to play in Austin? Tell us in the comments below!