Top 5 Boston Venues for Independent Artists (And How to Book Them!) 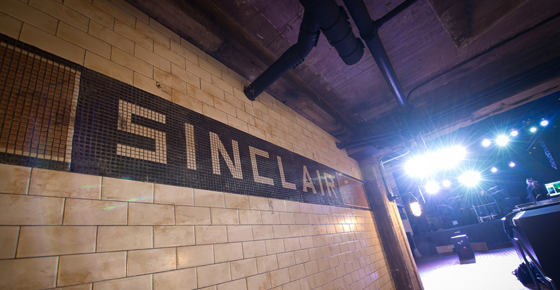 The Sinclair in Cambridge. (Image via sinclaircambridge.com)

Navigating any city you're unfamiliar with can be difficult. Now imagine booking a show without knowing the music landscape – its venues, big local bands, booking agents, and so forth. Even if you've visited the town you hope to play, learning about the local scene specifically – and not just where to get the best burger – can be supremely beneficial.

A solid knowledge of the go-to venues is especially helpful. As an independent artist working to grow your fanbase, playing to the right crowd at an appropriately sized spot is crucial. And for anyone coming through a particular city for the first time, familiarizing yourself with the city's options will narrow down who you reach out to so that you're contacting clubs that might actually be interested.

Boston (okay, Cambridge, too!) has so many venues providing opportunities for up-and-coming artists, though, that it was hard to narrow it down to the top five. Here are our picks, but if you've had a good experience performing at another venue in Boston, please comment below to let fellow indie musicians know!

An extension of Berklee College of Music, the Red Room at Cafe 939 hosts events nearly every night of the week. Many of the performers are connected to the school whether as students or alumni, but there are plenty of outside acts, too. Kate Nash, the Civil Wars, Owl City, Hozier, and Young the Giant have all played the intimate all-ages, 200-person venue. Local bands and artists are regularly considered to headline, as long as they're capable of reaching capacity. Supporting bands get a little more leeway; they're required to draw at least 50. And for anyone who's just starting out, the Red Room recommends its open mic nights as a helpful tool for honing your craft and networking with other local musicians.

How to book:  Check out the booking info here. Emails are preferred, and the venue regularly posts gig opportunities on Sonicbids as well, so keep an eye out for the next one. 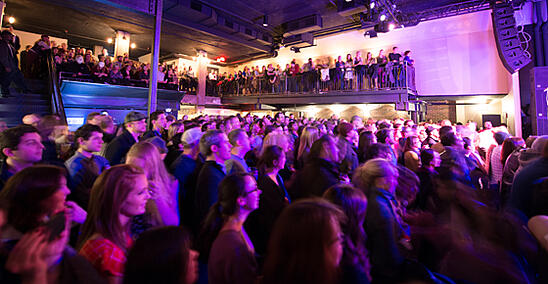 The music at this Cambridge restaurant/club combo is under the helm of New York-based national booking agency The Bowery so, naturally, the Sinclair's calendar is overflowing with well-known independent (and some major label) artists. Capacity maxes out at 525, so when bands as big as Manic Street Preachers and Ben Folds perform, tickets typically sell out. It's rare for a brand-new local outfit to grace a bill, but they're considered, and a sizable fanbase will certainly offer some sway.

How to book: Inquiries should be directed to The Bowery, not the venue. Specifics are available on the agency's FAQ page. 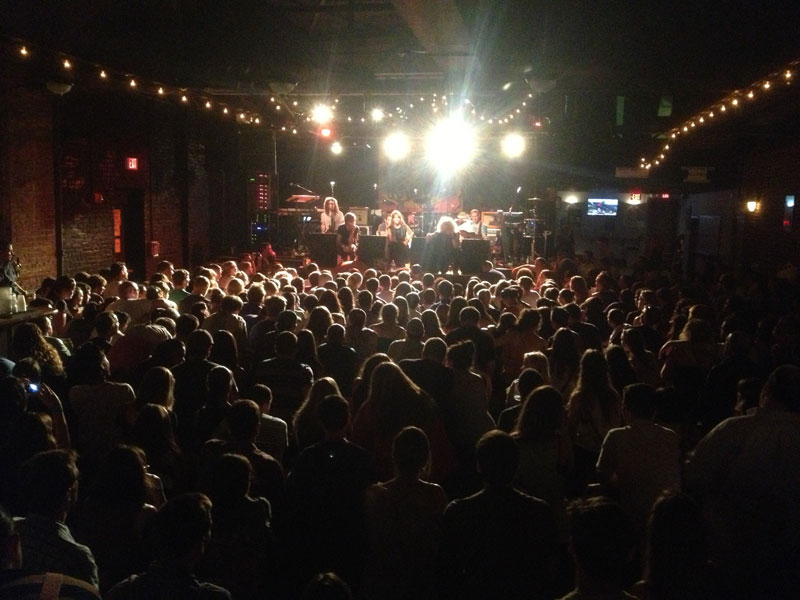 Brighton Music Hall is fairly new, but its building's reputation as a staple Boston venue isn't. Until 2010, the Allston structure existed as Harpers Ferry. During a tenure of more than 40 years, the spot served as hub for the local hardcore scene, as well as the go-to for big local bands and national touring acts. Brighton Music Hall, then, is a different club entirely – but not necessarily one that's neglected its past. Rock 'n' roll is alive and well there; the likes of the Jon Spencer Blues Explosion, the Sonics, and Bane are exemplary of the revered groups who perform there. The calendar is more varied than that, though. Up-and-coming acts of all genres are hosted, but only those who can command a club with a 476-person capacity. Brighton Music Hall belongs to a group of venues that also includes the nearby Paradise Rock Club, which holds more than 800 people. It's presumed that bands who perform at BMH can potentially move up to the Paradise when the time is right.

How to book: BMH is not openly looking for opening acts, as most of their national tours come as packages. If you qualify for the latter, check out their booking requirements here. Local bands with strong followings are also considered. 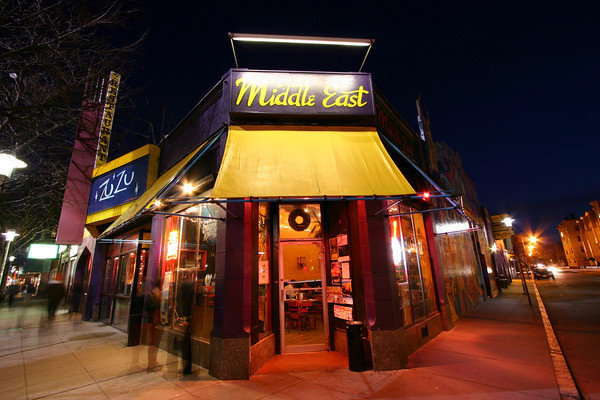 This family-run Lebanese restaurant has sprawled out and expanded multiple times since first opening in 1970 and now occupies an entire corner of storefronts. In 1975, they connected the space next door to create what is now the 194-person upstairs area, thanks in part to Boston rock 'n' roll bookers of that era. To accommodate the concerts, the restaurant was moved nearby. A bakery next door was purchased in '88 and converted into a 60-person room, and the basement – which apparently used to be a bowling alley – was renovated to become the downstairs, with room for 575, that same year. They added fine dining in the early 2000s, but the music rooms remain pretty much the same. It's a great setup, after all. With three different capacity options, the Middle East can accommodate a range of bands from green to seasoned. The smallest room especially serves as a great opportunity for musicians just beginning to gain ground.

How to book: A proper EPK is recommended (hey, we can help with that!). There are separate contacts for each room – find them and the rest of the details here. 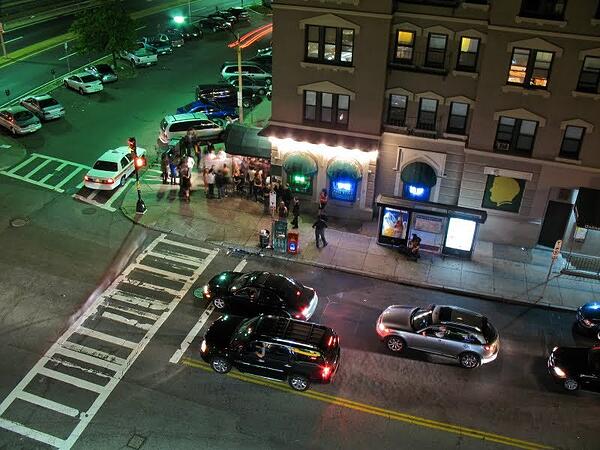 A bird's-eye view of Great Scott. (Image via facebook.com)

The crew that runs Great Scott is open-minded about the styles they book, and they're community oriented in their efforts to give local bands breaks. Still, it's a 240-person venue, so the ability to bring a crowd is certainly something they consider. In the past – they began focusing on independent music of all genres around 2004 – Great Scott has hosted Of Montreal, Wolfmother, Magnolia Electric Co., and Hot Chip, among others, as well as established Boston bands like Hooray for Earth and Clickers.

How to book: Be sure to closely read their booking policy before submitting. There's a lot of helpful tips in there. And if you already have a Sonicbids EPK, you're in luck – the venue likes to be sent those! If not, click here to get started on your EPK for free.

We also love these great Boston venues and promoters that are currently looking for independent artists to book: