Nashville has historically bred great music, and not only by way of artists actually born there. It's forever been a magnet for musicians and bands of myriad styles. Béla Fleck, Mikky Ekko, members of Kings of Leon, the Civil Wars, and Lady Antebellum – all of them relocated to Music City from someplace else. That combination of ambitious outsiders and homemade talent makes for a pretty diverse pot of Nashville leaders, and the local scene of up-and-comers is no different.

Its reputation may make starting out in Nashville a little daunting, but it's actually not: this is a city that truly cherishes its hometown musicians. Naturally, there are countless venues working in support of that community – these are just five of our favorites. 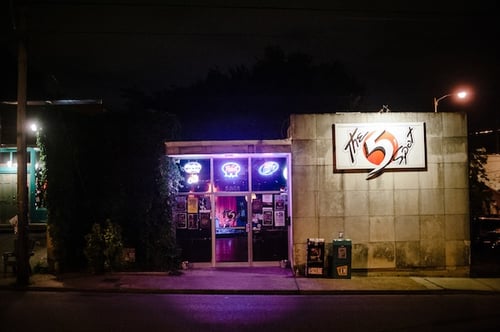 Touting itself as "the musician's hangout" in East Nashville, the 5 Spot takes its role as a local venue pretty seriously. If you're a touring band, you're not getting booked unless you've got at least two Nashville acts on board. It's not as stifling a requirement as you may think, though. In fact, teaming up with local talent is your best bet for drawing a crowd in a foreign city where you've yet to establish a following, and a lot of clubs employ the same protocol. And, of course, nobody can deny that the 5 Spot's policy is a boon to the growth of its hometown independent music scene. 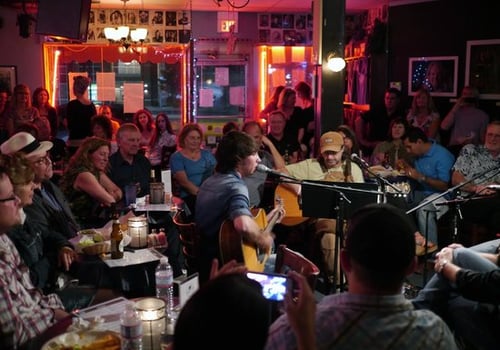 Intimate sets are more than a mainstay at the Bluebird Cafe; they're the rule. They even have a "Shhhh! policy" to discourage conversations during performances to avoid distracting from the "listening room" setting. Their in-the-round-style shows – where musicians sit in a circle in the middle of the room and often tell stories between songs – make it easy for audiences to best get to know the up-and-coming artists performing.

[Nashville's Bluebird Cafe: How to Play There and What to Expect] 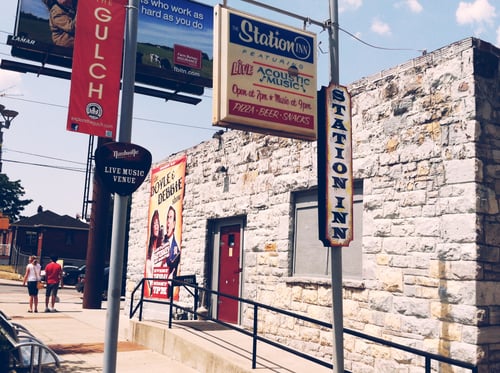 When it opened back in '74, the owners – a bunch of bluegrass pickers – doubled as the house band. A few years later, it moved to its present location, and soon after, J.T. Gray, who used to join in on jams, stepped in as proprietor. He's still the owner, so it's not surprising that the Station Inn has maintained the same ethos. Legends like Bill Monroe and Jimmy Martin made regular practice of stopping in for impromptu performances after concerts at the Grand Ole Opry. While rock and country also find their way onto the calendar, bluegrass and roots acts keeping traditions alive will forever be the venue's bread and butter. A lot of the players gracing the calendar are pretty seasoned but are still working toward bigger draws, so the Station Inn, with its prestigious history, is where they can hone their chops, collaborate with other players, and earn respect from discerning locals. 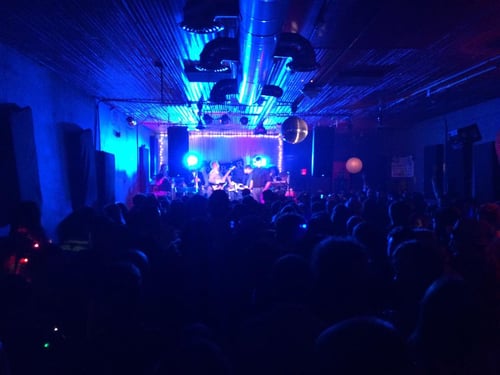 This East Nashville rock 'n' roll club fits about 150; the cozy capacity coupled with its dive-like (but not dumpy) feel makes it a perfect spot for up-and-coming acts, both hometown and touring, pushing punk, garage, and the like. While that kinda thing is definitely a focus, FooBar also opens its doors to other styles, like alt-country artists and off-kilter singer-songwriters – particularly on Thursdays, when local indie imprint Palaver Records assumes hosting duties.

Another East Nashville locale catering to bands and artists on the rise: the Queen Ave. Art Collective, a multi-use spot that also champions underdogs of the art world with galleries, installations, and pop-up shops that are open for perusal during every show. Independent sounds of all styles are welcome, but there's definitely an emphasis on rock 'n' roll.