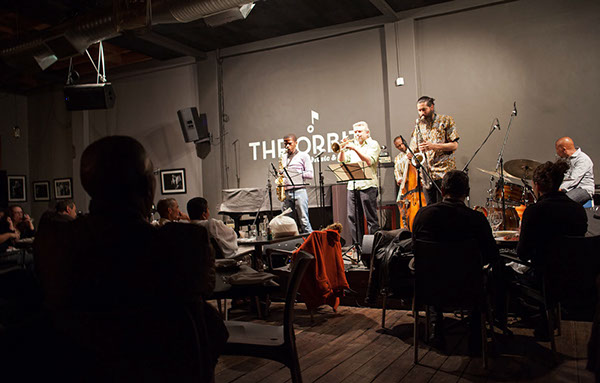 Any band that's toured at least once knows that attendance at shows varies not only city by city, but also day by day. Scheduling events is tough enough, and sometimes getting a slot at 9:30 p.m. on a Tuesday night simply cannot be avoided, and yet you're expected to bring in the crowds. So, what's a band to do? You need to sell tickets and make bookers and venue managers happy, but who wants to go to a concert after a long day at the office and before another early rise? It's a tough sell, but here are a four tips that might help make your next midweek show more successful.

If you're going to convince people to come out on a weekday, do your best to really give them something special, and make sure those who do attend know that they just saw something that doesn't happen very often when it's all said and done. Though you may have a setlist ready to go from some other shows, why not switch things up and add in some tracks you don't play too often? You could go with some really fun covers, or even take audience requests, which you can either do while actually on stage or beforehand on social media. Maybe there's an artist you know (or simply like) who lives in the city you're playing, and you could invite them out for a guest appearance.

These days, everybody is sharing everything on Facebook, Twitter, and Instagram, and if you play your cards right and make your weekday shows especially fun and exciting, you may become known as the act that can deliver on off days, which will convince more people to pay to see you, which in turn will make more venues want to book you.

2. Work with the venue on an offer

Sometimes, there's only so much you can do on your own to make the show stand out from other events (or the prospect of a quiet night at home before work the next day), and collaborating with the venue itself can be your ticket to success. Reach out to your contact at the bar or concert hall and see if there's something that can be done to entice people to show up. This might be a drink special or unique cocktails specific to your band or show, or it could involve some other fun activity. Even if your efforts don't help add to the headcount, you may impact total dollars made, and venue owners will remember that.

For example, one of the last times I went to see Charli XCX, the bar had small flyers advertising "Sucker"-themed drinks that tied in with her album of the same name, which the tour was promoting. These specialty items were more expensive than a regular beer, but I purchased one, and I saw other concert-goers doing the same. Both you and those working at the venue know that weekdays don't typically bring in the crowds like a Saturday night, so it's likely they would at least be willing to hear you out on this one.

3. Make it earlier, and keep it short

I personally don't mind going to concerts during the week... if those folks planning the entire thing work the timing correctly. I even get excited when I see that the artist I'm headed to see on a Tuesday night goes on at 8:30 p.m., but I feel the exact opposite when I'm told that the act I'm getting a ticket for doesn't take the stage until 11:00 p.m. or later. This will immediately turn many people off, as it means a late night, and a lot of fans have other things to do on any given night (it's not all about your show, you know). Scheduling a late show and expecting your fans to tough it out is also a bit disrespectful. You're already asking for people's time and money, so at least try to do it at a time that's as convenient as possible for them.

Scheduling reminders for your event is important no matter when it takes place, but weekdays are some of the most hectic times for people, so you're really going to have to go out of your way to make sure that those who have tickets (or those who were on the fence about attending) don't let it slip by.

Send out social prods once or twice in the week or so beforehand, and make sure you do it again the morning of. This may not change the total number of those in the audience too much, but you've got to do everything you can to fill those seats (or standing room, depending on where you're playing).

Discover more ways to get people to your shows that actually work!