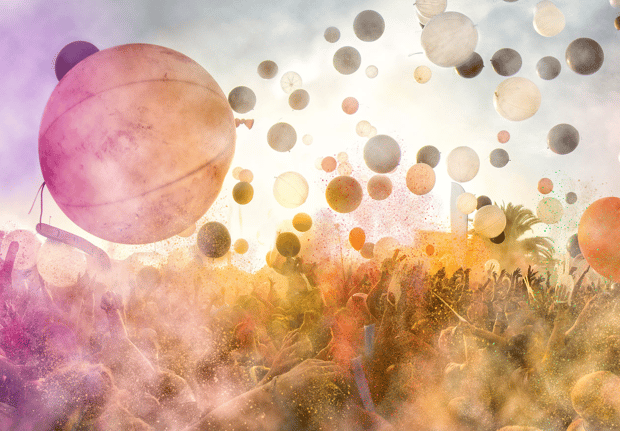 Let’s talk about releasing an album. In the days before the internet, when you wanted to release new music you created some hype, secured some press coverage in magazines or newspapers, and you booked a few gigs or a tour around the new album. And yet, even with all the new technologies we have today, the fundamental strategy behind the album release has remained largely unchanged. And in this age of social media, it’s become harder and harder to make an impact with this approach.

For a lot of musicians, the whole process of releasing an album or new music is frustrating. You spend months writing and recording your new music, and when you put it out into the world, it can feel like your release is falling on deaf ears. It’s just so hard to stand out from the noise on social media – even if you have an established fanbase.

So how do you stand out? How do you differentiate your release from the thousands upon thousands of other releases going on at the same time? The key is to turn your release into an event.

Pre-order strategies and fan-funding platforms like PledgeMusic are definitely good options if you want to turn your album release into more of an event. But for today, I’m going to break down the product launch strategy that’s commonly used in digital marketing and explain how it can translate to the indie album release to help you create hype, interest, and, most importantly, sell your music.

The product launch formula is a strategy coined by digital marketer Jeff Walker. At its core, it’s simply a way to capture people’s interest by sharing free, valuable content before you “launch” your new product – or in this case, release your album. The basic formula is give, give, give, then ask for the purchase.

A lot of artists will share teaser content in the weeks leading up to their album release, but the product launch formula is really about souping up and optimizing that content. Think about it: if you release your album out of nowhere after maybe a few simple social media posts, it’s not going to get the attention you want. People won’t expect it and therefore won’t be actively looking out for it. They may see your album release announcement as just another tweet and scroll right past it without realizing.

The product launch formula revolves around giving free, really valuable content away to create hype and awareness for your new product before it’s even available. Ideally, you want this free content to be easy to consume and easy to share so your fans can spread it around. The key is to think about what you can give away that is interesting but doesn’t spoil the album.

One tried-and-true idea is to simply film footage from the entire process of recording the album. The story behind your album is a really powerful thing for fans. People connect to stories on a primal level and most artists don’t really leverage that. So turn that footage into short vlogs or a behind-the-scenes mini-series and release the videos one at a time over the course of a few weeks leading up to your release. Ideally, you want to share this content on your site and link to it from your social media pages.

The value of an opt-in

Unlike other album release strategies, the product launch formula really revolves around being able to pre-qualify someone by getting their email address. The idea is that if people are willing to give you their email, they will be more willing to actually buy from you because they already have some skin in the game.

Many website builders will have opt-in pages built in that you can just customize to your liking. If not, an easy approach is to just create a new page on your site, and add in an email opt-in box with a quick call to action. Something like, “Sign up to get the exclusive video series! Come behind the scenes in the making of our new album” would be perfect. Share this page on social media to encourage more fans to sign up for your emails.

Next, you’ll want to create a few more pages to host your exclusive video series. Just make sure you don’t link these pages into your navigation so they remain “exclusive.” Create one page per video and send those pages to your email list one at a time. It’s also a good idea to link to all the previous videos for people who join mid-series. If possible, create a share button on each page that shares the opt-in page.

Now, keep in mind that this should just be a piece of your album release strategy. Not all your fans will be willing to give you their email address, so you should also have social media posts going and maybe even release a single to cover all your bases.

Putting it all together: a sample album launch

Okay, I know that’s a lot of moving pieces, so let’s run through a quick example.

Two weeks before your launch, start sharing your opt-in page on social media. Tell your fans you created an exclusive behind-the-scenes video series on the making of your upcoming album. Mix these posts into any other posts you regularly post to social media. Maybe you could also share quotes from the lyrics of your new songs or teasers of the music video.

Meanwhile, send the link to the first video in the series to your email list. Make them feel special like they’re getting exclusive content that they can’t get anywhere else.

Finally, you’ll officially release your album. Announce it on social media and send an email to your list. Maybe you can release a final video that combines footage from the studio with the single from your album to wrap up the series.

If you follow this strategy, you'll be able to grow you email list while simultaneously raising awareness for your new album. If you'd like to learn more strategies like this, I'd like to give you the opportunity to download my most popular ebook, Hack the Music Business, for free. It’ll take you through some of the best strategies for indie musicians to help you grow your fanbase and your career.