Yes, There ARE Rules for Songwriting 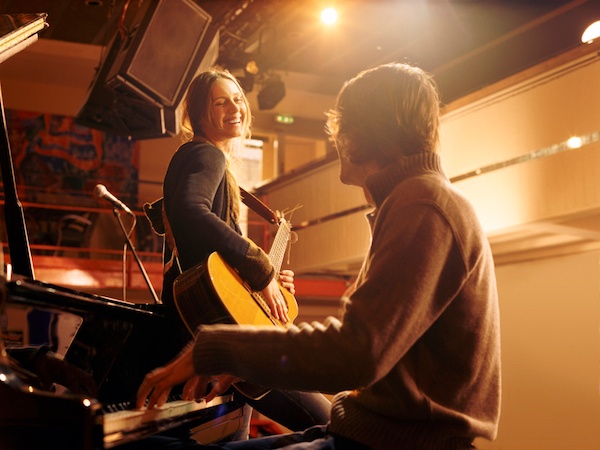 For the last two years, I was a professor of songwriting at Berklee College of Music. I did this part-time next to my full-time gig of being a songwriter and vocal producer in the pop and EDM world. In those two years, I sold a whole bunch of songs to famous DJs and worked on many projects with up-and-coming artists in Brooklyn.

In 2013, one year after graduating from Berklee, they asked me to join the faculty. This seems pretty unorthodox, but my boss believes that if you want to teach current pop music to college kids, you need someone who is closer to their age and who's living the pop music gig right now. I wasn't gonna argue with her, so I took the job, and quickly realized that teaching songwriting made my own writing a lot better. Sweet deal.

As a professor at Berklee, though, I ended up spending more time trying to convince my students that the rules of songwriting are a huge deal than I actually did teaching them. The general consensus was, "Rules are lame! My favorite indie artist follows no rules! Deez Nuts for president!" And my answer was, and has always will be, "Wrong, bro!"

What I did with the students, and what I will do in these coming articles, is analyze the bejeezus out of famous pop songs and show you the rules the pros follow: the cheap tricks, the hacks, the cheats, the formulas, whatever you wanna call it. I like to call it craft.

Professional songwriters are not "artists." They are craftsmen. They know the rules and play by them. I understand this might sound a little icky to a lot of people, but remember this one thing: every song that has made a lasting impact on the career of its performing artist has been carefully crafted to have this exact effect.

Most, if not all, of these hit songs are written by, or co-written with, professional songwriters: craftsmen who know the rules inside out. Regardless of style, a good song follows a certain set of guidelines that guarantees its appeal to a larger audience. This applies to Justin Bieber just as much as Leonard Cohen.

Now that that's out of the way, here are two quick examples of universal songwriting rules.

The most effective songs have clear and defined melodic differences between the verse and the chorus. These differences will look like this:

I'll write a whole article around this idea with some solid examples to make it make more sense, but for now, start checking out your favorite songs and see if they're doing it.

The most effective songs have titles that are unique and make you pay attention in an endless stream of titles in your Spotify playlist. Titles like "I Love You," "Without You," and "You Left Me" are super boring for two reasons:

In the coming months, I'll be sharing a whole bunch of these easy-to-apply songwriting rules on the Sonicbids blog, so keep an eye out for them!