You're Not a Sellout: Why Independent Artists Must Advertise 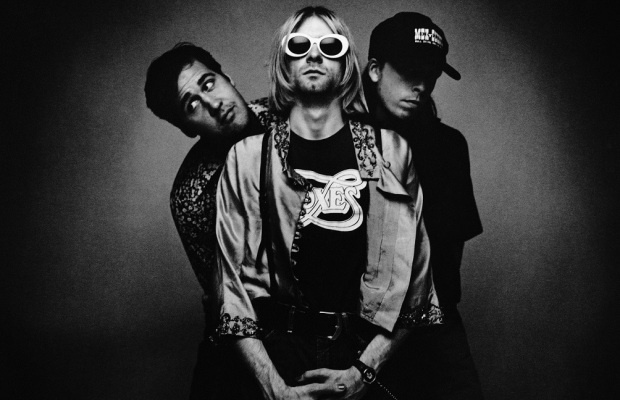 I cringe a little bit inside when I hear people say, "Good music will get found." Who knows how or where this myth got started, but even to this day it's prevalent…very prevalent. I suspect it has something to do with the stories we pay attention to. When you think of Nirvana, you most likely think of it from your side of the tracks. Band famously pays $600 to record first album. Geffen finds them and invests in a big way. Then, "Smells Like Teen Sprit" takes over the airwaves and music is changed forever! One is tempted to think that these three gents from Washington were meant to be found.

But they didn't get "found." They built themselves up to a point where they were in clear view. They worked harder than any other band on their scene, and they practiced far more often than most bands today. And for Nevermind to even reach the general public, the advertising efforts would have been astronomical.

The truth is that without advertising, good music will get buried.

Many of my favorite artists never got the recognition their music deserved, and it's because their promotional efforts were not intact.

Many artists think that advertising is a dirty word. The truth is that, everything that forms a part of your personality had to be advertised to reach you, to be "in your view." Advertising simply amounts to putting a product or message within view of your chosen audience. The noisiest, most counter-culture bands, the most subversive art, even the revolution itself… everything needs to be advertised. Those things you take pride in discovering that your friends aren't cool enough to be into? Advertising.

Once we get past the uncool factor and the "sit around waiting to be found" factor, we can actually approach advertising with a positive attitude and some vital energy. Think of your band as a restaurant. You could make the best fettuccine in the city, but unless you actually invest, embracing the expense of advertising, your doors will be closed within a few weeks. Why should music be any different?

If you don't have a record label or company to advertise for you, you are the record label.

You need to act accordingly. And there are plenty of options to allow you to do so. Platforms such as Facebook and Twitter allow for extensive hyper-targeting in their advertising. For example, you can target fans of the Dead Weather, female only, between the ages of 21 and 34, in the state of Pennsylvania with the language being, "For fans of the Dead Weather, X band's new album is out now. Get it free!"

That's how specific you can get. If the results don't come out how you had hoped, it doesn't mean that it just isn't for you or that anyone is ripping you off. It just means you need to tweak your ads, and that's part of the fun.

Aside from the social media platforms, major websites such as Reddit allow you to advertise specifically in categories, or subreddits, where people may enjoy your work. They don't just have to be similar bands. Would horror fans dig your music? How about Star Wars groups? Maybe groups about feminism, the Occupy movement, skateboarding, or psychedelic festivals? The list goes on, and things really open up when you think outside of the musical spheres.

Sometimes, advertising solidifies a relationship of trust and respect between similar entities. For example, if you're an electro-industrial band and you budget for advertising in a few of your favorite blogs who cater to these genres, there's a good chance these outlets would be open to an interview or review. Either way, it's a foot in the door, and you're putting your money where your mouth is.

While this article is merely an introduction, and the methods are endless, the point is this: every artist needs to invest in themselves. Good music with good advertising will get seen!