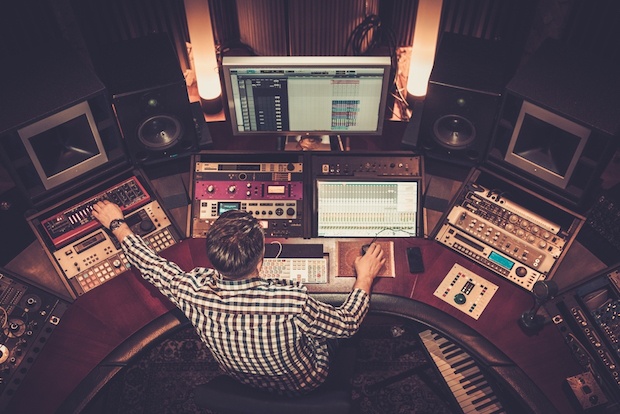 So you've become comfortable with your DAW of choice and are already making pretty catchy beats. You're a quick learner with a ton of potential. You can hear your lyrics, melodies, and more overtop your beats. Something is just a bit off, however; the rhythm is right, but the sound isn't all of the way there. You listen to your favorite producers and wonder, "What makes their beats sound so crisp and full?" Well, it's a mixture of things like sample quality, mastering, effects, and more.

To help you get there, we asked three professional producers to share with us their secrets to making beats sound radio-ready. Prince Charles Alexander is a multiplatinum, Grammy Award–winning producer, audio engineer, recording artist, and educator at Berklee College of Music. He has worked with Mary J. Blige, the Notorious B.I.G., Diddy, Usher, and many more. Erin Barra is a Brooklyn-based songwriter, producer, audio tech consultant (MAMMA BARRA), and associate professor at Berklee College of Music, as well as the creator and instructor of Beats By Girlz, a recording arts and music technology initiative for young women. And finally, we spoke with Latrell James, a rising emcee/producer from Boston who has produced for artists such as Dutch ReBelle and A$AP Ferg.

Using EQ is integral for getting your mix right. Separating the proper frequencies for each track will clear your mix and prevent muddy blending. For example, if you have a sample of a shaker, and it has frequencies below 200 Hz, those frequencies will contribute to the bass in the track – even though they're shakers, not bass. You'd need to cut out the low end on the shakers to ensure they're sitting in the proper frequency space in your mix.

Here are a few words of wisdom from the pros:

"You want to have a good mix of low, mid, and high frequencies represented. Did you forget to leave out the low end? Is there too much happening in the mids? Where do I need more juice? These are good questions to ask yourself." – Erin Barra

A popular compression technique in modern beat-based music is sidechaining. Sidechaining, in a nutshell, means another input is being used as the control signal. If you have a pad through a compressor and you set the sidechain to monitor your kick drum channel, your pad will get compressed as each kick hits. For example, if you sidechain a bass guitar to your kick drum, each time your kick drum hits, the bass guitar will be compressed. This ensures that frequencies don't stumble over one another and create a muddled mix. This is especially important in hip-hop because of the use of sub-bass. You don't want low frequencies blending on top of one another. Sidechaining is a useful tool to keep the low end of your beats clean.

Apply these tips from seasoned producers and hear the difference in your beats:

"Dynamics processing is a complicated concept, but being in control of volume and loudness is what truly separates the kiddies from the grown-ups. People think that compressors are there to boost signal, but they're not. Learn exactly how a compressor works and how to adjust the settings to achieve different sounds. Compressing a kick is a lot different than compressing a vocal, which is a lot different than sidechaining a synth – and you need to know the difference. Getting a firm grasp on compression and gain staging is everything." – Erin Barra

"A compressor's job is attenuation (to turn things down). The difference between compressors is the reaction speed as audio is processed. Tubes are slower than transistors, which are slower than digital 'look ahead' systems. The most powerful part of a drum note is the attack transient, so you do not want to use a fast attack on drums." – Latrell James

Mixing is an integral part of sound design. You may have a great studio session with clean recordings, but if they’re not mixed well, your sound can be shot in the wrong direction. If your vocal is panned to the left and turned down and your drums are in the center and turned up, and you're trying to record a vocal-led pop song, the results won't be pretty. Typically, lead vocals are in the center of a mix, with instruments like guitar on the outside. Bass is often centered towards the bottom. You will want your volume adjusted properly as well to ensure the most important and most subtle parts are given.

Here's how the pros handle mixing:

"I like to layer my kick drum patterns. Honestly, I ask myself, 'What would Timbaland do?' People are always wanting to experiment with 808 kick sounds, but a lot of times they lack the attack or front end needed to do their percussive duty of driving a beat. So in order to get the awesomeness of the 808 sub and also the attack of a real kick, I layer multiple samples. Sometimes I'll add kicks which are distorted for some crunch, or open the cutoff and allow more brightness on others." – Erin Barra

"When I first started mixing my beats, I always felt things need to be louder. Over time, I learned to mix all of my instruments lower and apply the proper signal chain to achieve the loudness at the final step. Mixing your beats too loud will lead to distortion and a lot of weird sound artifacts in post-production." – Latrell James

Use space effects sparingly. If you're just getting started, you may be tempted to throw reverb and delay on every track. To be fair, the reason people do this is because reverb and delay sound great. They can, however, easily create a muddy mix. If you have a drum track and throw a reverb on the entire thing, it might sound good isolated, but when it's a part of a larger mix, it can bleed into other tracks. A solution would be putting a small amount of reverb on certain drum parts, such as a slight trail on a snare drum or subtle wide room reverb on overhead cymbals. But having reverb that sounds good on a snare also put on a bass drum can lead to mud.

Here's what the vets say about using effects:

"I use a large variation of plugins. Two of my favorite plugins that I use are Decimort and SoundToys Decapitator. Producers who engineer tend to try to achieve the cleanest mixes on their records. I try to create the dirtiest but clean-sounding drums I can. The Decimort is a bit crusher, which allows me to process my samples 16- or 8-bit, emulating samplers that some of my favorite producers use. The SoundToys Decapitator adds edge and grit to anything. I use this usually on strings. It gives the strings a sound you would normally hear on a vinyl record. The harmonic distortion is perfect." – Latrell James

"Reverb is lots of delays, and delays can be calculated relative to tempo. 60,000 ms/BPM equals one-fourth note length in milliseconds. This not only helps with delay time on words or instruments, but also with the length of your reverb tail." – Prince Charles Alexander

Utilizing the full range of your stereo field allows certain elements of your music to stand out and also blend in as needed. When you spread something wide, like a snare, it brings it higher, and often blends it a bit more, similar to a subtle reverb, but without any trail or delay. This can be a helpful tool for harmony vocals. Spreading things down to zero percent, aka mono, takes your recording right to the dead center towards the bottom. This can sharpen a recording, but it takes out the width of a stereo mix. It's always important to listen to your songs in mono at least once to ensure all of your frequencies are present. While your headphones will give you a full-stereo spectrum, several venues have speaker outputs set to mono. If a sound doesn't show up in mono, it won't show up at your show.

"I think the first thing you can do to make your beats sound more professional or organic is to make sure you're representing the entire stereo field and frequency spectrum, so think about it from right to left and from top to bottom. You want to create a sort of 'live band' feel going on, and since members of a band don't all stand in the same place, you need to spread the elements out from right to left and create a 'digital stage'." – Erin Barra

Use high-quality samples. If you begin with a low-fidelity MP3 sample, you can't magically convert it into a high-quality WAV. When sampling, use the highest quality audio you can in order to ensure the fidelity is strong. If you find a bass drum sample you like, but it's low-quality audio, it can be tweaked, but will remain low-quality audio. Even if you export your tracks as high-quality WAVs, once they're on SoundCloud or Bandcamp, they're going to inevitably be compressed to lower quality streaming audio.

Here are a few final words from our producers:

"One of my favorite techniques to use isn't even a plugin. I like to shift certain instruments in my production off-grid slightly. This gives the drums or even the melody a looser and natural sound to the listener. I will even go to the extent of not quantizing melodies I add to obtain the feeling of some of my favorite records from the '70s." – Latrell James

"Don't let the technology get in the way of the creativity; it should be as transparent as possible (speed, efficiency, and accuracy). It's all about the song at the end of the day." – Prince Charles Alexander

Learn more about producing your own beats: