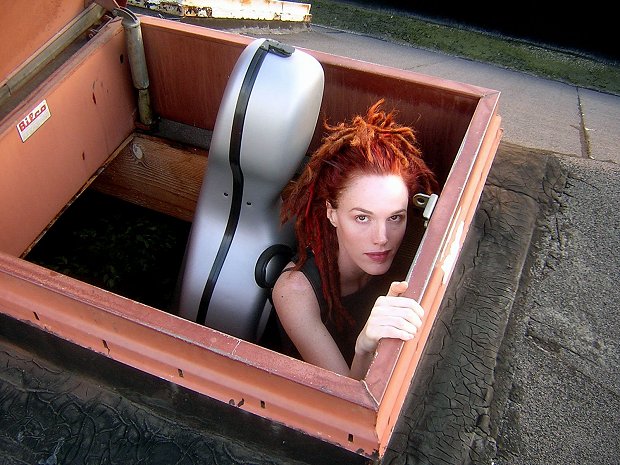 If you pay attention to what's going on in the music industry, you’ve likely heard of Zoë Keating and the situation she ran into with YouTube. If you haven't, here's a quick rundown of what happened:

For several months now, YouTube has been negotiating with record labels and independent artists in preparation for their new service, Music Key. While listening to music on the site is sort of like streaming, the company wants to get in on the trend by creating their own service, and that means new royalty rates and new contracts with everyone who uploads music.

During her months-long discussions with the company, cellist and independent artist Zoë Keating found fault with several of the provisions in the agreement she was sent and tried to settle things amicably with the video giant. Instead, she was turned down and made to understand that should she decide not to sign the contract as-is, her music would be removed from the site, and she wouldn't be making any of the money she currently does from ads.

Throughout her discussions with artist reps and PR people, Keating was smart at every turn and made several decisions that changed the way this story played out both in the press and for artists like herself. Every independent musician can learn a few things from what she did.

This may sound simple, but I mean everything, even if you don't think it's important. Keating didn't delete any of the emails between the YouTube representative she was working with and her, so when it came time to call the company out online for what they were doing to her, she had plenty of black-and-white ammo. Some of those emails were rather incriminating, and they forced the company to go back and look at their policies.

Now this one sounds paranoid, but it doesn't have to be. Keating recorded a phone call or two that she had with someone higher up at YouTube once things started getting a bit contentious. At the time, she wasn't recording the call to use later as evidence or leverage, but simply because she'd gotten into the habit of doing so lately. Keating told me that a member of her family is sick, and she spends a lot of time on the phone with insurance agencies and doctors. Those conversations can be convoluted and confusing (even on a good day), so she started taping them all so she could go back and listen to exactly what had been said.

I'm not suggesting you start wiretapping your girlfriend, but any call where a ton of important information might be thrown your way might be worthy of a recording.

3. Talk about your experiences

...and don't be afraid to discuss things out loud, even if that's on the internet. I really must commend Keating for being incredibly open about what she goes through as an independent artist, including the entire process with YouTube. She has also shared her earnings over the past few years, breaking things down by where the money comes from – be it Spotify, album sales on Bandcamp, merchandise, or even YouTube. This helps other aspiring artists understand how to make a living doing what they love. Being open about struggles or private matters like income can be daunting, but the more we all do it, the more we'll understand.

While I believe she was smart to save her emails and record her phone calls surrounding this YouTube mess, it did actually come with some risks for Keating. By sharing the emails between her and a YouTube rep with the press, she technically violated a nondisclosure agreement, and YouTube can go after her if it wants. She was brave in taking that risk, and smart. There's no way a massive firm would sue an independent musician, even if it had the right. Keating likely knew this when she made her intelligent move, and she showed that sometimes you just need to stand up to those who are doing you wrong, even if it could hurt you in the end.