Everything Indie Musicians Need to Know About YouTube Music Key 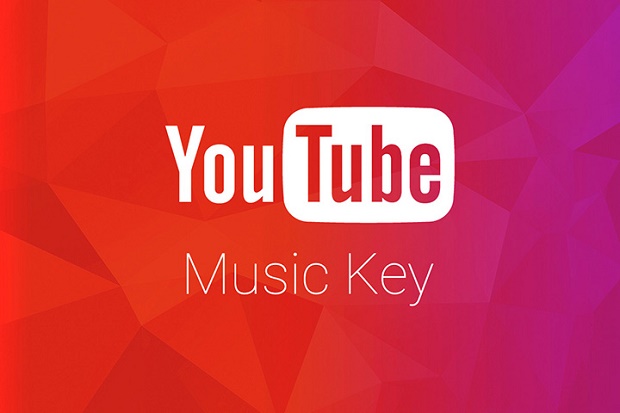 Recently, YouTube introduced Music Key, a music streaming service that the video hosting company had been hinting at for at least a couple of years. The company has experimented with revenue models and music industry partnerships to leverage its huge library of music videos since its 2005 acquisition by Google – including a partnership with Universal Music Group's video platform Vevo back in 2009.

There's a bit of confusion (from both musicians and fans) about what YouTube Music Key actually is and how it's different from Google Play, Spotify, and other music steaming services. Here's what you need to know.

How does Music Key work?

Music Key is just one element of YouTube's new focus on making the service easier to use for music discovery and listening. You may have noticed a new, dedicated "music" tab featured on the YouTube homepage. Much like the rest of YouTube, the new music section allows users to watch, listen to, and create playlists, as well as get recommendations for new videos. Additionally, Music Key makes it possible to do a few things that traditionally made YouTube less than ideal for music listening:

At the time of this writing, Music Key is in beta and invites have already been sent to most Google Play subscribers and a few lucky users who have downloaded the latest version of YouTube. It's still unclear who (outside of Google Play subscribers) is included in the beta roll-out, but you can also sign up to be included on a waiting list.

Right now, YouTube has shared the beta with its so-called "biggest music fans," but states that subscriptions will be made available through a promotional trial in the near future (probably early next year) for $7.99 per month. Post-promotion, the subscription will be $9.99 per month. When launched, YouTube Music Key will be available in the United States, Finland, Ireland, Italy, Portugal, and the United Kingdom.

So is it worth it? Maybe. If you're someone who spends a lot of time listening to music on YouTube, then the convenience may be worth the investment.

How can musicians get involved in Music Key – and how much do we get paid?

Here's the million-dollar question, so to speak. YouTube hasn't yet been terribly transparent about how indie musicians can make their music formally available through Music Key. Music licensing companies like TuneCore and CD Baby have recently promoted partnerships with Music Key, so it seems that musicians will require some kind of formal arrangement with a digital distribution entity to get set up with Music Key, at least for the moment.

As for payment, it's unclear what percentage of royalties musicians stand to make from Music Key. As with most music streaming services, the math behind the royalties process remains somewhat of a mystery, but a February 2014 Billboard article notes that YouTube paid out $1 billion in royalties to the music industry "over the past several years," so that's worth considering when attempting to shop around for a streaming service to partner with.

YouTube has long been a source of new music discovery for younger music fans. In 2012, Nielsen Music 360 reported that 64 percent of teens surveyed cited YouTube as their main source to discover new music. We've seen YouTube's role in launching the careers of pop artists like Justin Bieber and One Direction, both of whom had thousands of YouTube fans and millions of views before being played on Top 40 radio. All of this is worth considering when making the decision to make your music available on Music Key. Good luck!

Keidra Chaney is a freelance writer, editor, and sporadic musician based in Chicago. For more information, check out keidrachaney.com.