The 4 Most Valuable Places to Give Away a Free Song 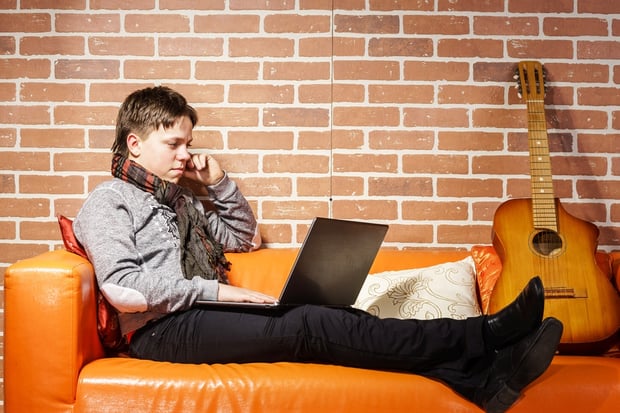 Many musicians may not want to hear it, but giving your music away for free is a good idea for most. Sales are dropping every year, and it's only getting tougher and tougher to get somebody to buy anything rather than stream it. That doesn't mean you're going to stop making music, but your focus should shift.

These days, many music listeners – especially younger ones – expect a lot for free, and that includes your music. Many people still want to own music, but few are willing to pay for it, though if you treat them right, they'll give you money in other forms. A giveaway here or there might help you sell more tickets on your next tour, or maybe even an entire album if the one song you offer for free is something they fall in love with.

But how do you actually give a song away for free? You can't exactly email it out to everybody, can you? It's actually pretty easy if you just know where to post it. You can put it where you like, but here are a few platforms I'd suggest if you want to get your music in front of the most people.

One of the world's largest streaming platforms is also a great place for you to offer free downloads of your music for several reasons. First, if you want people to download your music, you need to make it as easy as possible for them. Unless they really love you and what you produce, the majority of people aren't going to go looking for your tunes, and if you make them, you'll likely lose them. Millions of people around the world use SoundCloud every day, and you want to be where they are.

A second reason is that it's incredibly simple to not only upload your music, but to make it available as a free download. Millions of tracks can be downloaded at no cost on SoundCloud, and it has become somewhat expected from lesser-known artists now. Those who use the platform often see it everywhere, and you wouldn't want to disappoint them, now would you?

Offering a free download of your new song or even an entire collection can be a great way to get people to your website. Make your offer known via a blog post, your email newsletter, or on social media, and be sure to link them right to the front page of your website, which will hopefully also have details about merchandise, buying a full album, or your upcoming tour dates. If people have already clicked through to download some of your music, chances are they already know you and they may even like you quite a bit.

Once you have them there, don't make them hunt for the free song download, but feel free to route people a little bit, ensuring that they spend a little bit of time taking it all in. If you do it right, you might make a real fan out of someone looking for a freebie.

NoiseTrade is also really simple, but with it, you get more out of your giveaway. On the platform, you can ask for a certain monetary amount (called a tip), which people don't need to do, but it never hurts to ask, right? If even a few people send a few bucks your way when you were planning on not making a cent off a free download, it's a win-win.

On top of having the option to donate funds, users typically need to give their email address and zip code in exchange for the no-cost music. That information can be very valuable if you use it correctly. Adding those who downloaded your music to your email newsletter is a must, and if even one or two of them come out to a show when you're in their town, it was likely worth it.

The website's name explains pretty much everything you need to know. The Free Music Archive is an organization that collects music that musicians are willing to give away for free. It's as simple as that, and while there are thousands of tracks, it isn't as much of a mess as it may seem. The site is curated, and the best on the platform is highlighted with articles and the like. Now, you have to be invited to upload your content on the site, but if you've got some quality stuff, you can certainly reach out and see if they'll take you. (Yes, you have to ask someone to let you give away your hard work for free. Aren't you glad you decided to become a musician?)