The Strategy Behind Giving Your Music Away for Free: Does It Really Lead to More Sales? 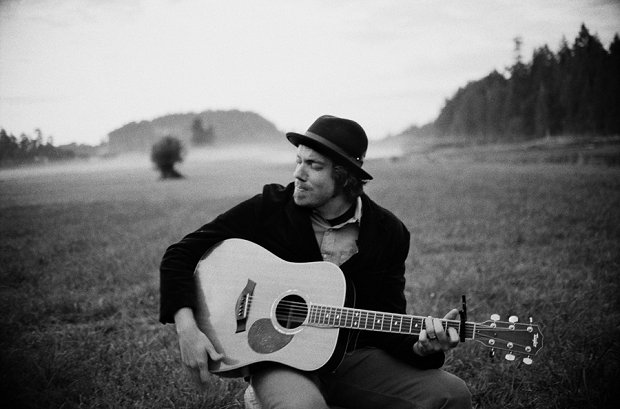 By now, most musicians have accepted that albums and singles aren't going to be the moneymakers they used to be, but that realization differs from artist to artist. Some put their efforts into selling more in any way possible, while others have entirely forgone the idea of selling music and are content with giving it away for free at all times.

One artist, Josh Garrels, tried something very interesting for an indie act, but his gamble paid off. He offered his new album Home as a free download for the first week it was out. In that time, 45,000 people downloaded the album – a massive figure on its own. Once the album became available for purchase, an incredible thing happened: Garrels sold more copies of Home than any of his other records, even after giving thousands of copies away.

Home sold 6,500 copies in the first week it was available for purchase, which was enough to help it chart at number 83 on the Billboard 200. Almost any underground artist would call that a win. Recently, I spoke to Garrels about this strategy and why he thinks it worked so well.

What made you want to give your album away for free?

My reasons for giving away Home were a mixture of personal conviction and tried-and-true business practice. I hold the conviction that generosity is a freeing and ennobling act, both for the giver and receiver, and that true generosity is giving from our first and our best, not from our leftovers or the giveaway box of things we don’t want. Those who truly "receive" the offering will recognize that it was costly and often reach out in gratitude. Generosity begets generosity.

On the practical side of things, it seems the more music I give away, the healthier my vocation as a musician becomes. I've always said that I'd rather have 10 people listening to my music for free than one person buying it, for I'd rather have the songs benefit as many as possible. Yet ironically, every time I give away thousands of albums, my album sales go up and more people come out to my shows.

Were you at all worried about what your sales would look like after giving away your music?

I had a moment of concerned pause as I counted the cost of giving it away. Yet, in giving the fans my music for free, I've been building a trust and respect. Most of them know I'm not after them just for their money…. They're not just a "buyer of my units" – they're the reason I sing songs. Many of my fans who download the free version of an album will leave a "tip" and then go on to spread the word about my work via social media, which is a huge help. Essentially the "pay-it-forward" or "long tail" business model is what I practice: give away your best, honor the listener, and don't worry about immediate losses. If you build trust and appreciation with your listeners, a sustainable and reciprocal business model awaits.

Yes, I'll always make my music available for free in one way or another. I love using NoiseTrade, for not only do they offer a powerful website in disseminating an artist's work, but they also offer unparalleled connectivity with the listener. I have an email address and zip code for every person who's downloaded my album from NoiseTrade, so I can easily email these listeners about upcoming shows in their area or trumpet news about new releases on the horizon.

Comparatively, while Spotify also makes an artist's music free, they offer the artist almost no connectivity with their listeners and pay the artist very little. Personally, I like Spotify a lot, and I think they're a powerful and valid venue to make an artist's work instantly accessible to the world. Yet, in the future, I would hold off putting a new album on Spotify until a month or two after the release date. I'm certain I would have seen more album sales and free downloads on NoiseTrade if Home had not been available on Spotify.

So, is giving your album away for free the best way to go? It might be if you're not too shortsighted when it comes to making your money back. You also have to realize that giving the product away is only part of the transaction. Even after fans have downloaded your music, you still need to keep up the relationship in many different ways, so be prepared to get to work!

Whether or not you're sold on giving your music away for free, here are some tips for your next big release: