4 Reasons Why You Should Focus on Small Music Blogs... Not Big Ones 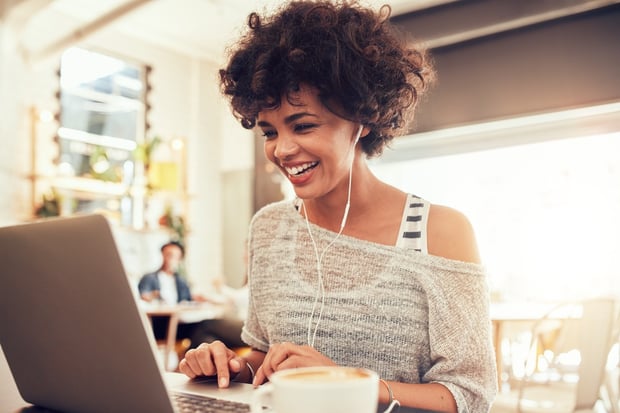 Everyone wants major press placements. I get it. There’s a lot of clout that comes with a feature on Alternative Press, Stereogum, Consequence of Sound, etc. However, in their quest to shoot straight to the top, emerging bands are missing a vital component to career growth: small, indie blogs.

There are a lot of reasons that your band might not be ready for a major outlet to take notice, thus eliminating it from your options completely. The first step in all of this is to really accept that. Know that you’ll get there one day, but today might not be that day, and that’s okay. Now, let’s talk about why small music blogs can be a major component to your success.

1. They’re easier to get in touch with

This is pretty important, right? If you can’t get in touch with someone, that pretty much eliminates your chances at a feature. I want to be clear that unless you’re being very personal and specific in your pitch and have put some effort into building relationships, it doesn’t matter who you reach out to, you probably won’t get a response. But assuming you’ve done a bit of work, being able to actually get in touch with a blog is going to be your first leg up.

2. They'll push your music much harder than large outlets

Smaller outlets will almost always push your music much harder than their larger counterparts. I don’t know why exactly this is, especially since independent blogs make little-to-no money, but it is a fact I have come across time and time again since entering the music industry in 2009.

When I say they’ll push your music harder, I mean it in every sense. They’re apt to offer more feature opportunities, including longer form features such as interviews and in-depth reviews. (When was the last time you saw a lengthy feature on an unknown band in a major outlet?) Once that’s published, you can bet they’ll be pushing it all over their social media and tagging you, thus offering even more exposure to the piece. (By the way, you should do the same when you receive coverage.)

3. Their audiences are fiercely loyal

They take everything to heart, and they look forward to the features that make that blog unique, including their spotlights on emerging acts. Because small blogs tend to post more emerging artist features than anything else, their readers expect it and they look forward to it. They’re there because they want to discover new music, not just because they want to keep up with the latest on the bands they already know. Readers of small blogs tend to take writer’s recommendations to heart, and because of that, they’re a lot more likely to stop and listen to your music rather than scroll past.

I’m a huge advocate of the theory that if we stick together, we grow together. This is especially relevant when it comes to securing press features. It’s unrealistic to expect that your music will capture the attention of major blogs or labels right out of the gate. However, if you take the time to build your relationships from the ground up and align yourself with others who are in the same growth stage as you, I really believe that you can do amazing things and that your career can thrive.

As your band begins to grow and gain notoriety, it’s very possible that the writers you once worked with at a smaller blog will go on to write for larger outlets, or at the very least know someone who does, creating new access and opportunities.

By supporting a site that’s still in its infancy, you’re saying, “I believe in you, and I want to be a part of your journey.” After all, isn’t that what you want blogs to feel about you and your music? The more you embrace growing together, the more successful you’ll find yourself.

Still don't believe us? Here's why small outlets will do more for your music than big ones.

Angela Mastrogiacomo is a music enthusiast and the founder and CEO of Muddy Paw PR and Infectious Magazine. You can find hanging out with her dog, eating sweets, and curled up with a good book.