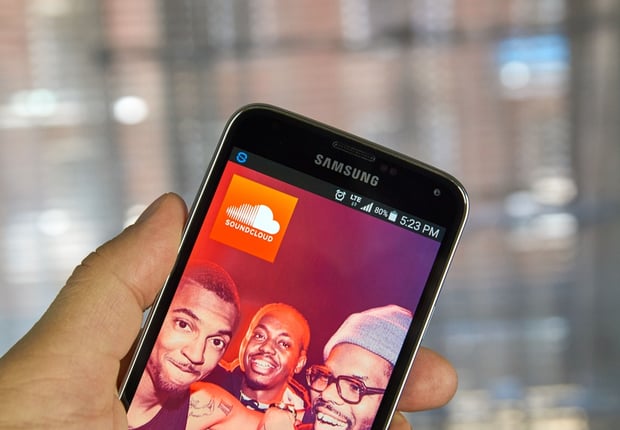 For the past several years, SoundCloud has been one of the prominent digital homes for indie artists. A few weeks ago, the company made the inevitable announcement of its transformation from a lovable free platform to full-fledged streaming giant with a monthly paid premium option – called SoundCloud Go – putting it on par with the likes of Spotify and Apple Music. Compared to the free version we've all become accustomed to, SoundCloud Go gives users access to an expanded music library with over 125 million songs, the ability to listen offline, and an ad-free listening experience for either $9.99 per month or $12.99 per month for iOS users.

Because so many independent artists thrive and rely on SoundCloud, there's an immediate need to understand the most important aspects of SoundCloud Go and how it's going to impact both the listeners as well as the musicians. With this in mind, here are the four must-know pieces of information regarding the official entrance of SoundCloud Go.

1. It's geared toward pleasing major labels

Those who keep a keen eye on music industry happenings were not surprised in the slightest by the announcement of SoundCloud Go. This is mainly due to the fact that SoundCloud had been working tirelessly on their negotiations with major labels such as Sony to reach agreements on the licensing/usage rights of signed artists. These agreements change the entire landscape of SoundCloud, and while we can only hope it sticks to its roots as a beloved indie destination, a dramatic amount of weight has been shifted to the big business side of the industry.

For DJs, producers, and playlist makers, a SoundCloud Go subscription should save you from the plaguing (and quite often unfair) violation penalties the company dished out last year. But rest assured, SoundCloud Go is the result of SoundCloud making the necessary business deals in order to survive.

2. You'll have full ownership of your music, but monetization will be a struggle

Just as before, the properties of your personal SoundCloud account will be owned by you as a "Creator" on the platform. You have full control over whether you want to make a particular song or album "exclusive" (aka only full access for SoundCloud Go users) or keep everything free for all listeners.

A "Pro Unlimited" is the standard account type for those who upload a large amount of music, but in order to realistically monetize your work, becoming a "Premier Partner" is the most likely method of receiving any money from high play counts on your tracks. As one may expect, earning the "Premier Partner" title is a frustrating, high-in-demand registration process involving several months of headaches unless you want to work through an aggregator, which means you allow them to post your music on their account as opposed to your own.So while SoundCloud markets itself as an artist-friendly platform, SoundCloud Go is ultimately going to force you to invest more money with little chance of receiving any gains back, at least in the short term.

So while SoundCloud markets itself as an artist-friendly platform, SoundCloud Go is ultimately going to force you to invest more money with little chance of receiving any gains back, at least in the short term.

Thanks to the label agreements discussed in our first point, a SoundCloud Go account will give users access to a vastly expanded library of music from both emerging and established artists. An expanded music library is certainly good news for fans, but it definitely spurs a bit of competition.Before SoundCloud Go, listeners were required to leverage streaming services such as Spotify and Apple Music in order to hear the work of nationally known acts who chose to ignore the platform. But with SoundCloud's finally receiving the keys to the major label doors, this is no longer the case.

Before SoundCloud Go, listeners were required to leverage streaming services such as Spotify and Apple Music in order to hear the work of nationally known acts who chose to ignore the platform. But with SoundCloud's finally receiving the keys to the major label doors, this is no longer the case.

SoundCloud Go advocates would point to their autoplay algorithm as a positive for indie artists. Imagine your record being next in queue after a Justin Bieber or Kendrick Lamar song – just thinking of the life-changing possibility adds intrigue, but then again, so does winning the lottery. If you have dedicated fans who are consistently staying tuned for more new music, the expanded library of SoundCloud Go shouldn't negatively impact you; it's just important to realize that there are now more fish in the sea.

4. Ultimately, it's both a blessing and a curse

The best phrase to describe SoundCloud Go is "a necessary evil." New SoundCloud features such as offline, full-download, ad-free listening are all pros for listeners who are open to switching from Spotify or Apple Music, or paying for them all (a rare breed these days). But for you as a professional musician, SoundCloud Go is the end of a joyful era because SoundCloud has always been celebrated for its indie-friendly identity. Sadly, it was too good to be true, and SoundCloud had to make this change in order to stay afloat in the cutthroat business of streaming services. SoundCloud Go gets the labels off their back and by fully expanding its operational business, and the company has a fighting chance with the likes of Spotify and Apple Music, even if they won't admit to being in competition with them.

Don't fret too much, though. SoundCloud Go will not prevent you from establishing a strong digital presence for your music. What's most important to realize is that music streaming is big business in today's tech world, and with big business comes change and evolution. As long as you stay properly informed about SoundCloud Go and what adjustments need to be made due to its existence, your music career will go as far as you take it.