4 Tips to Make Sure They Read Your Email 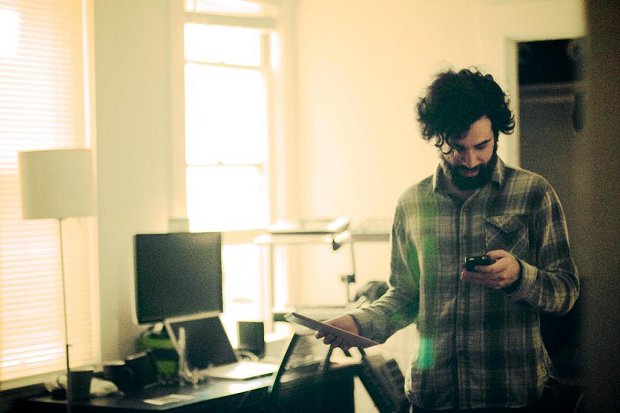 Like it or not (and plenty of us are growing to hate it), email is the main form of communication for pretty much everybody these days, and there's no way around that. While getting a hold of an important person's email address can be tricky, if you do have it, you should use it wisely.

Cold emailing (the 21st century's equivalent of cold calling) is common practice these days, and you shouldn't feel bad about doing it. If you've always wanted to work with a certain booking agent, try emailing them. Want somebody at a blog to listen to your song? Send them a link! As long as you're prepared for a lot of your messages to go unanswered (and even unopened), there's nothing wrong with trying.

If you're going to give it a go, however, there are a few quick tips that can help your chances of your email even being opened. Now, a response? That's a different story entirely.

1. Make sure it's coming from your name

This is an interesting branding tidbit that many people don't consider. When you're emailing somebody who gets far too many emails every day, you should remember that they're more likely to open, read, and answer something from a person rather than an entity (be it a band, a record label, whatever). While you may be selling your band, you're still going to have to work with this person. You can't assume that the person on the other end has heard of whoever or whatever is sending, so make it a person. A human touch is always nice in this digital world.

2. Send your email at the right time

Everybody gets flooded with emails these days, no matter who they are. Those who book bands, receive pitches on new music, and other industry-related people are especially bombarded, and they're looking at their email whenever they can.

The world of the 9:00 a.m. to 5:00 p.m. workday is gone, especially now that emails can be opened and responded to on any number of mobile devices. Because of this, it's no longer necessary to only send emails during typical work hours. Instead, send them when the rest of the world isn't: at night and early in the morning. Between 8:00 p.m. and 12:00 a.m. is the ideal time to send, but that certainly doesn’t mean it's the only time.

Sending something in the wee hours of the day means it might not be answered immediately (some people actually do sleep), but that it'll be at the top of the inbox when your recipient does look at it. If 5:00 a.m. is too early for you, try a scheduling program (Boomerang for Gmail is a great one), which can send it out for you whenever you see fit.

3. Try reaching out on the weekends

This is sort of the same idea as the previous tip, but it's worthy of a separate mention. Again, though we're not living in the old-school, nine-to-five world, so many people still play by those rules. Certain emails are fine to send on the weekends and at night – ones that don't necessarily require the recipient to do anything or reply immediately.

For example, if you're trying to reach somebody at a label, sending an email that needs immediate attention on a Saturday afternoon quickly becomes a burden, and he or she will remember that you were the one who inconvenienced him or her on a day off. Sending a take-it-or-leave-it message and allowing the recipient to decide if he or she wants to respond then (or at all), however, puts that person in power and gives him or her the opportunity leisurely respond.

Plenty of people answer emails when they're "not working," and, in fact, if you send one when nobody else is (or thinks they should), you're more likely to get a response.

This is a tip I've mentioned before, but it does need repeating, because it can be a big turn-off. It's totally understandable if a total stranger doesn't answer your first email or even your second. I would suggest number three should be your last email... for the first round. If you don't hear back after a third try, give it at least a few weeks before reaching out again. Each of these should gently remind the person that you're trying again, so they don't think you're an entirely new person.

If somebody isn't answering, try doing something different. Send another one at a different time or with a new headline. Make the message shorter or more visually appealing. You never know what's making them not respond, so try a few things. You may just get lucky (or not).