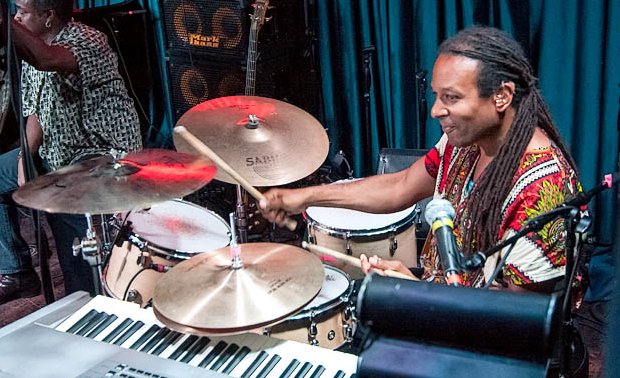 Master musicians are those who possess exceptional control, knowledge, and understanding of their craft. They wow audiences with every performance and bring packed houses to tears, they write and produce songs that become the soundtracks to fans' lives, and they survive (and sometimes make fortunes) creating music for many decades. Does this sound like the level of success that you'd like to achieve – or get close to achieving? If yes, then be aware of these five easy-to-avoid mistakes that might be holding you back from your full potential.

As Malcolm Gladwell eloquently states in his book Outliers: The Story of Success, anyone wanting to be a master at a craft must put in 10,000 hours of practice. While this is a no-brainer for most people, you'd be surprised at the number of musicians who don't adhere to a regular practice schedule each day and treat rehearsals as if their life depended on them. I never missed a practice session, even if my family was on vacation or it was Christmas Day. In fact, I practiced consistently for over a decade, sometimes training up to 18 hours a day 'til my hands bled. For sure, consistency was one of the biggest reasons why I was able to get to a higher level of playing.

While there are many examples of musicians who excelled at their instruments without a teacher, there are countless more examples of musicians who never reached their full potential. A skilled music teacher can prevent young musicians from forming bad habits, train them to perform well in real-world situations, and so much more. Drummer Kenwood Dennard, who played with Miles Davis, Dizzy Gillespie, and Sting, helped me to identify my musical strengths and excel at them. Kenwood even served as a mentor and inspired me to push forward when I was feeling low. Even better, he took me to jam sessions and introduced me to a variety of different pro musicians in New York City. While this was costly (around $75 per hour), most teachers (from local heroes to national pros) will agree to meeting with you monthly and/or to letting you attend group master classes where several other paying students help to minimize the overall costs. In any case, private instruction is priceless.

3. Not learning how to read music

One of the biggest arguments that musicians bring up is whether or not reading music is a valuable skill to learn in today's music marketplace. While I'll admit that I was rarely given a chart for the various gigs and auditions in which I participated – from country legend Barbra Mandrel, to pop star Cher, to rockers the Storm (featuring members of Journey) – knowing how to read music was a huge asset for me. First, by understanding what I was playing, I played everything better by understanding where each note fell in relation to each other. Second, it helped me transcribe and learn parts faster – I literally charted out entire drum parts note-for-note to each song. And finally, it gave me the ability to communicate as a musician. I understood what a musical director meant when he said, "Follow the quarter note triplet kick with the bass." In short, learning how to read music is fundamental. So just learn how to do it!

Perhaps one of the biggest mistakes that musicians can make is to reject constructive, professional criticism. They curse out those who offer helpful advice and embrace those who basically kiss ass. They roam the face of the earth as if they've already conquered music, while at the same time, they have next to zero skills and credentials. Wake up! If you want to reach your full potential as a musician, you have to be completely open-minded to getting feedback and acting upon it. Surely feedback is not always 100 percent accurate, but if you have 99 people commenting that your vocals are flat and you need singing lessons, then there's a good chance that they're right!

5. Not understanding the realities of the business

Finally, a huge mistake that keeps musicians from becoming great is their failure to understand what the life of a musician is really all about. Thus, at the first sign of rejection, struggle, or not getting precisely what they want, they bail ship and go back to dental school – and another one bites the dust. Make no mistake, the music business is not for the thin-skinned. Tours do get canceled, labels will drop you, and promoters will rip you off. It's all par for the course. So in closing, if you really want to reach your true potential as a musician, you better grow the balls to overcome the inevitable obstacles that lie ahead. 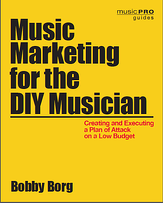 Bobby Borg is the author of Music Marketing for the DIY Musician: Creating and Executing a Plan of Attack on a Limited Budget (September 2014). Find the book on Hal Leonard's website under "Trade Books" or on Amazon. Signed copies with a special offer are also available at bobbyborg.com.