5 Good Reasons to Kick Out That Band Member 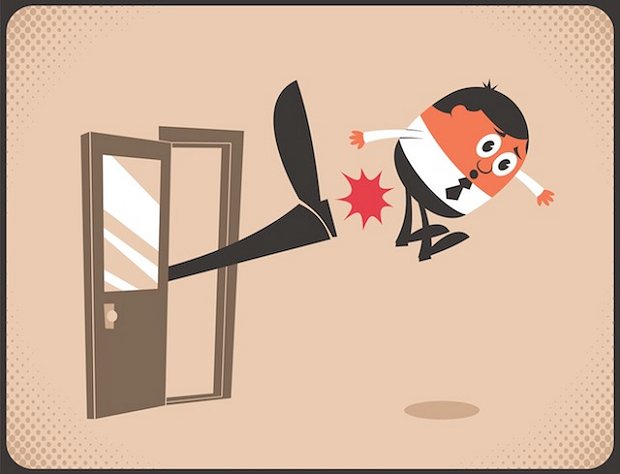 Most bands form with a pretty clear idea of how far they'd like the project to go. If you decide that you want to take the group as far as you can in terms of success, it's really important that the members of the group are on board with this and are ready to really dedicate themselves to it. There are many different levels of dedication, and your band will be able to function as an effective unit if everybody operates on the same one. But what if somebody just isn't quite fitting in?

Being in a serious band is tough and definitely not something that everybody can handle. If you're on the hunt for the right musicians, you may hit a lot of bad or mediocre fits before you find somebody that's truly right. There are plenty of reasons why you may feel the need to fire somebody that isn't working out. Here are five strong reasons for anybody who's on the fence about a band member.

Life happens. Especially as people get older and their number of commitments increase, family and job matters will come up that will have to come before the band. If you have one member who seems to be consistently interrupted by their personal life, however, it might mean that they aren't ready to be in a dedicated band.

If you're trying to make a name for yourselves, everybody has to be ready to take every opportunity that arises. If you have a band member that constantly has to miss rehearsals for whatever reason or always seems to have conflicts on the nights that you're offered gigs, then that member really is holding the rest of the group back.

There's going to be a problem if the band wants to hit the road for three months, but the bass player doesn't want to leave his family to fend for themselves, or the lead singer doesn't want to abandon his high-paying desk job. If you're trying to take your band to the next level, make sure that you bring musicians with you who are at the place in their life where they're able to make the band a priority.

Telltale signs: Not being flexible for rescheduling, regular conflicting rehearsals/gigs with other bands, difficulty learning/remembering music

It's possible that somebody in your band can be too musically busy. This can be a fairly frequent issue if you're playing with really good players that get a lot of sideman work. While it's great to play with as many different people as possible, if somebody in your band is gigging with other groups five nights a week, it's going to be pretty difficult to schedule rehearsals and gigs (especially if they involve a few days of travel). Unless it's a top priority, this person will often have to turn down rehearsals and gig opportunities due to scheduling conflicts with another group.

And what happens when their priority band hits the road for months at a time? Are you going to try and find a substitute? You might as well avoid the trouble of retraining somebody in a hurry at the last minute, and find somebody who can make your group a larger priority as soon as this problem becomes evident in one of your members.

Telltale signs: Reluctance to take on band responsibilities, poor quality of business/creative contributions, gets to rehearsals last and is the first to leave

If your band is a collaborative effort, then everybody should be taking part in helping with the business tasks associated with the group. It takes all hands on deck to keep a ship afloat; you don't want one lazy or undedicated sailor to let the ship sink.

In the business of running a band, there's always work to be done. What's great about a band business is that there's a huge variety of tasks to accomplish, meaning that everybody in your band can take on tasks that play well to their skills. But even divided up, there's still a lot of work to be done, and if one member isn't pulling his or her weight, it can make everybody else's tasks much more difficult.

This can happen in the creative context as well. If you're involved in a band that's creatively collaborative, then everybody generally needs to be able to write their own parts and contribute their special touches to the music. Having to write parts for somebody else isn't the end of the world (though it is more work), but your band would probably be better suited by hiring somebody who is actually willing/able to bring his or her own influences into the group and really make a meaningful contribution.

This all comes back to dedication. If everybody isn't on the same page with the amount of time they're willing to commit to the project, then the band will not operate at its full potential.

4. Too much negative energy

Music is supposed to be fun. Though everybody has a bad day, if you've got somebody in the group who always seems to be in a bad mood, it could bring down the productivity, energy, and overall fun level for the rest of the band.

It's important to be sensitive and diplomatic with a bandmate who's in a bad mood. Try to make a distinction: is this just a temporary state of mind, or does this person really have a negative attitude the majority of the time? A band is like a family, and if you can get the person to open up and talk about his or her problems, it will typically make him or her feel a lot better!

If the member just doesn't seem to want to (or doesn't seem to be able to) cheer up/calm down, it could really hamper the progress of the group. Even if it's tough, you should consider moving on without that person, at least until he or she can sort out those feelings/life issues.

Telltale signs: Rudeness, tardiness, does not reflect the band image/attitude

You want to make sure your band is well-represented when you meet other bands and industry folk. Having a member who doesn't have a professional demeanor makes the entire band look bad. I've seen some great acts that have had an awesome, consistent stage presence with the exception of one member who thought it was okay to just show up in business casual work attire. I've also seen groups who have gotten on stage with one of their players completely inebriated, and it made me feel bad to see them look at each other totally embarrassed.

If you have a member who won't dress or act professionally, or who doesn't show up on time and likes to cancel last minute, it's time to find a replacement if you have any hopes of making a name for yourself in the industry.