5 Non-Musical Skills You Should Work to Get Better At 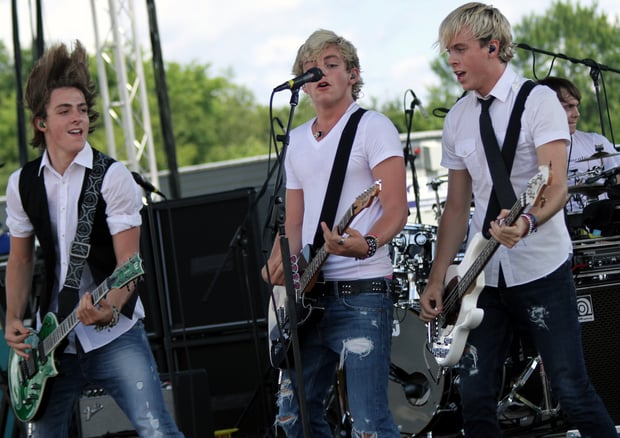 In garages and basements all over the world, amazing bands are practicing, writing, and developing their own styles. Some of these could become hitmakers or achieve heavy rotation on your iTunes playlist. But you also might never hear them, because they can’t get out of that garage.

Due to youth, a lack of experience, or a lack of leadership, these bands aren't getting booked consistently and nobody is hearing them. That’s because no one in the band is taking charge of the non-musical things that keep bands playing out.

Are these things the fun parts of being a musician? Probably not. And some of them are pretty hard work, but when these items aren’t handled, bands don’t perform, and they don’t stay together. Here are a few non-musical skills you and your band need to master.

1. Following up after shows

Most acts disappear after a show, leaving the backstage area a mess with nary a call or a thank you. Don’t be that band. Be thankful that you had a space in which to rock, and stay in touch with the venue. Bands that are respectful to the venue, thankful to whoever booked the show, and check in frequently are the ones that get called back. They’re also the ones who are on speed dial if another band cancels.

Of course, making nice with everyone you encounter is always a good practice; that’s how opportunities are made. But having a good relationship with those gatekeepers who control performance spaces has to be at the top of the list.

There’s a lot of information out there, and there are a lot of bands. It’s essential to consistently keep in touch with your consumers: the fans who come to your shows and buy your merchandise. Unfortunately, for-profit businesses tend to be a lot better at this than sole proprietors and partnerships, like most bands are.

For instance, I wrote a car dealership in Methuen asking if a certain car was in stock, and now they email me every single week trying to get that sale. And my local pharmacy gives me a robo phone call every single day, sometimes twice (and they won’t stop, even though I’ve asked them to). These people want my money, and they’re hustling for it.

With your fans, of course, you want more than their money – you want them to stay interested and engaged and know what you’re up to. How do you make that happen? Just keep telling them, and vary your social media posts so it’s not just “played the Red Stallion last night, thanks for coming out” every time.

You have so many things you can post: demos, news from the lives of band members, and videos, videos, videos. Fans love band videos. You can post live show clips, clips from practice, slice-of-life clips like the band on the way to the show. And of course, you can make your own “official” videos and post those.

Mix things up by doing contests and giveaways, too. But above all, keep doing it. Don’t let a week go by without reminding people that you’re still an active band and you’re excited about what you’re doing.

[5 Things to Talk About on Social Media (Besides Your Music)]

3. Keeping your band together by being a good leader

Nothing sets a band back like losing a member. Your bandmates are your biggest asset, and your most fragile one. It’s easier to find new fans or buy new gear than it is to find the right drummer. Keeping that in mind, you need to make sure everyone is happy with the direction you’re going in. Different things motivate different people, so know what the needs and bottom lines are for each band member.

Travis, the sax player, has a new baby at home, so money is tight. He loves to play, but he absolutely needs to at least cover his travel expenses or he can’t afford to be in the band. Lisa, the guitarist, has a steady job, so she doesn’t care if some of your shows don’t pay well, but she won’t be satisfied unless she gets to write some originals for the band. And Andre, the drummer, plays in three other bands, so he just needs you to work with his demanding schedule and keep things fun.

All these people need to be respected, and not all of them will just come out and list their needs and wants. You have to ask them.

4. Be everywhere in your local market

How do you promote your shows or records? Do you do it primarily online? If you play out locally and you’re not promoting, you’re losing out on a big opportunity.

Think about that guy at the end of your street who started a lawn care company. He advertises in the paper, puts flyers on people’s cars at Home Depot, has a silly radio advertisement in which his three-year-old son makes lawnmower noises, and drives around in a truck with the name of his business on it. He’s just one guy with one truck and one lawnmower, but it seems like he’s everywhere. That’s promotion.

You should appear on the radio, in your local arts paper, on a poster at the record store and flyers on lampposts. Be everywhere. You don’t need to drive yourself crazy trying to do it all at once, but at least make regular forays into all these different media. You’ll find yourself famous, at least locally.

5. Manage your time by making a schedule

Running a band is like running any other business. At the end of each day, there are always six more things you could have done but didn’t get to. And most of us won’t unless we set aside an hour or two to get them done. Figure out what the most critical actions are for you as a band, and make sure you make time for them – preferably the same time every week.

More than most other fields, music requires doggedness and persistence. And it pays off in fans, gigs, name recognition, and even money.

[The Musician's Guide to Creating More Hours in the Day: 6 Magical Steps to Painless Time Management]