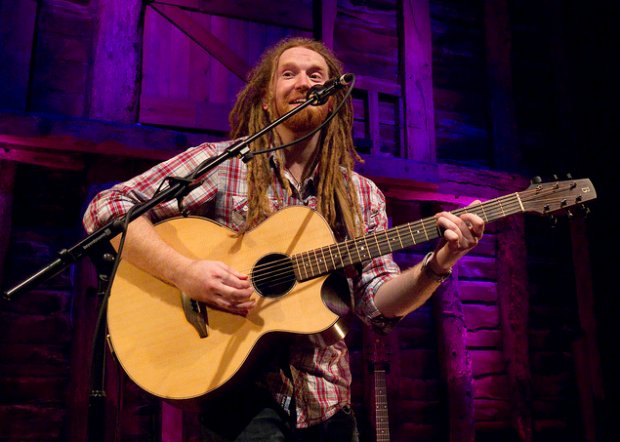 If you're a musician, you've probably wondered how your career would have fared if this was another decade. Would you have sold more albums if you were a musician in the late '80s or early '90s? You know, when people actually bought music?

To be honest, I actually don't think some of my clients could have garnered the same publicity, fan interaction, and other successes if it were any time but right here and right now. So if you've been feeling a little pessimistic about the state of the music industry lately, consider these five reasons as to why now is really the best time to be a musician.

1. Your potential reach is infinite

Before social media, and even before the internet was a thing, artists had to rely on being "discovered" by A&R reps and talent scouts. This often led to some shady record deals because a label was really your only way of getting your music out. But in today's musical and digital landscape, you can literally garner a fanbase all on your own, as well as distribute internationally with no help from a label whatsoever. You have innumerable platforms at your fingertips that can allow you to go further than ever before, and you can genuinely make a full-time income as an unsigned artist.

2. Digital tools are more helpful than ever

Similarly, in years past, you would have to really rely on guesswork and tiny sample sizes to ensure that your music was reaching the right audiences. But today, you have Facebook Insights, Google Analytics, Twitter Analytics, and dozens of other tools to ensure that you're meeting your mark.

There's now a clearer vision for trial and error. Something not working? Instead of losing money on it, you have real-time data for testing.

3. Networking is so much easier

Social media is also referred to as "social networking," right? And that's what it's intended to do. Social media has generated an incredible number of networking opportunities for artists.

[How to Make Meaningful Music Industry Connections (Not Just Contacts)]

Whether it's LinkedIn, Facebook groups, Twitter chats (such as the blossoming #ggchat), message boards, or forums, you have dozens of ways to meet other musicians and industry people. Not to mention the added benefit of simply following, commenting on, and liking social media posts of your favorite artists. In the past, even two or three years ago, networking opportunities like this simply did not exist.

4. DIY is the new normal

Every artist has access to the tools to distribute, market, and promote his or her work. Sonicbids alone opens the door to hundreds upon hundreds of opportunities for your band, which makes booking and promoting much more efficient.

Aside from booking, music distribution – which in the past was a very exclusive service – is now completely accessible to any and every artist. Companies like TuneCore and CD Baby put you on the same playing field as major label artists by distributing your music to all the popular online stores and streaming services (like iTunes, Spotify, and Amazon), and even collecting publishing income on your behalf.

And as far as recording the music itself, DAWs like Pro Tools and Logic are much more affordable and accessible than they've ever been! Gone are the days of spending excessive amounts of money on studio time when you can whip up a great-sounding track on your own (as long as you're willing to take the time to learn the tools of the trade and invest in the basic gear you need, of course).

5. People are consuming more music now than at any other time in history

What an amazing time to be an artist! The industry has always been wrought with change (records to cassettes to CDs to MP3s to streaming), but we're still here, and we're still finding ways to adapt and evolve. With the onslaught of streaming, the traditional record business of yesterday may be collapsing, but the music industry itself has never been more alive! Because no matter what the technology of the moment happens to be, the truth is that humankind will always want and need music.

Music consumption is currently at an all-time high – actually up 14 percent from this time last year. Now sure, that stat is from streaming, which isn't necessarily a proven revenue stream (yet!), but just think about how much more music is being broadcast, streamed, and interacted with! Musical revolutions such as smartphones, iPods, and other technologies have always led to change. We're on the brink of an incredible new journey here, and we're lucky enough to be living through this unique time in history. The fact that the music industry is more alive than ever despite the crumbling traditional, broken model is a very important distinction, and one we can – and should – be optimistic about.