You Complete Me: 4 Tips for Finding a New Band Member 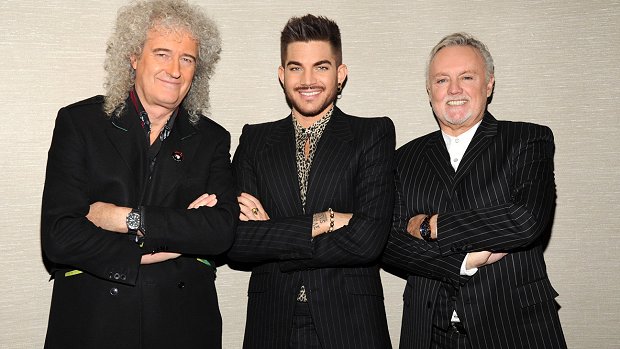 3/24/16 update: Have an opening in your band, or looking to join a new project? Sonicbids has just launched a new tool to help you find talented musicians in your area. Check it out – it's free!

Being in a band is hard work. I often equate it with running a small business where all of your coworkers are in a relationship with each other. In order to have a successful and fun experience, all of the members have to gel together in terms of personality and playing styles. But, what happens when one person just isn't fitting into the fold anymore and has to be let go? What if you have a great member that fits perfectly, but just can't commit the time or energy?

When somebody exits the band, it can leave a creative hole that's tough to fill. Some bands, such as the Who or Led Zeppelin, chose to stop playing entirely upon the death of a key member. Other bands will find somebody to fill the position and move on with their careers. But, how do you go about finding somebody new that fits well? It takes a lot of hard work and persistence, for one. Below, I've outlined four tips to help the process move swiftly and efficiently should somebody part from your project.

Right from the beginning, you'll save yourself a lot of trouble by setting expectations for what you want in a new member. The key to this, however, is to make sure that your expectations are realistic. Otherwise, you could be setting yourself up for disappointment and stagnation as the position remains empty.

Let's use transportation as an example. Here in Seattle, when I see a band post on the local classifieds to fill a vacant position, they often state explicitly that they need the new potential member to have his or her own reliable transportation. You generally need a car to get around on the west coast, so I would consider that a realistic expectation. But, what if you lived in New England? Many people in cities like Boston or New York choose to go without a car, due to traffic, the cost of parking, and the fact that it's generally unnecessary because of excellent public transit. By requiring that the new member have his or her own vehicle in one of these places, you're greatly reducing the pool of players that you have to choose from. This is a good example of an expectation that might need to be flexible.

If you have high expectations and really are looking for a top-level player with a great personality and equipment, then by all means, don't compromise. Be aware, however, that the higher your expectations are, the longer you will likely have to look (and the more expensive the player will be). Sometimes, evaluating your expectations and being flexible about the ones that are less realistic can speed up your search drastically.

2. Know where to look

As I mentioned above, I see bands posting to classified pages online and in print all the time looking to fill empty positions. While this gets out to a lot of people, you never know who will reply (if anybody replies at all). You may end up wasting a lot of time auditioning people that just aren’t what you are looking for.

In my opinion, it's much easier and more efficient to reach out to somebody that's already in your network or extended network. If you don't already know anybody that would be a good fit, start your search by asking your local musician friends who they recommend. Auditioning people that friends can already vouch for will likely lead you to higher-quality musicians than the random ones you find in the classified pages.

Going to lots of local concerts can be a great help in this process as well. As a friend of mine once said when looking for a new player for her band, "If you’re good, I'll find you. Any player worth a damn will already be out doing something." Try going out to see some local bands and expanding your network. If you really like the way somebody plays, there's no harm in asking if he or she has time for another project. Many musicians choose to be involved with more than one band, and it's possible that you could meet up with some of the best local players through this strategy.

In a creative group, somebody's personality fitting well is just as important as his or her playing. That guy you just met might play really well, but could you handle sitting next to him in a cramped tour van for 10 weeks?

Talking to a potential member prior to auditioning him or her will help the process go a lot smoother. If it feels like somebody's personality is a weird fit, you'll probably know within 10 minutes. Beyond personality, this is also a great time to reaffirm your expectations and see if this person meets them. Perhaps he or she doesn't have a car, but lives nearby the practice space. If his or her personality fits well enough and he or she has the playing chops, that information may help you make a decision.

Here are some questions you might want to start with:

Do you have clear recordings and chord charts that you could send to the new member? If you need him or her to learn parts independently, it's important that he or she has the resources to do so.

Whether for the audition or after the new member has been accepted, having access to these resources will smooth the transition immensely. Recordings don't need to be professional quality, as long as he or she can clearly hear the form and chord changes and riffs in the song. If you have a specific part written that you want him or her to play, include that in the recording as well. Chord charts can be typed up quickly into a word processor by copy and pasting your lyrics into it, then writing the chords above the words. You could even handwrite them if you write cleanly.

If he or she has the materials to learn the songs on his or her own time, and actually makes use of them, it really shows that the person is willing to dedicate time to the project. That alone could be a factor in accepting your group's newest member.