5 Tips for Effectively Communicating With Your Producer 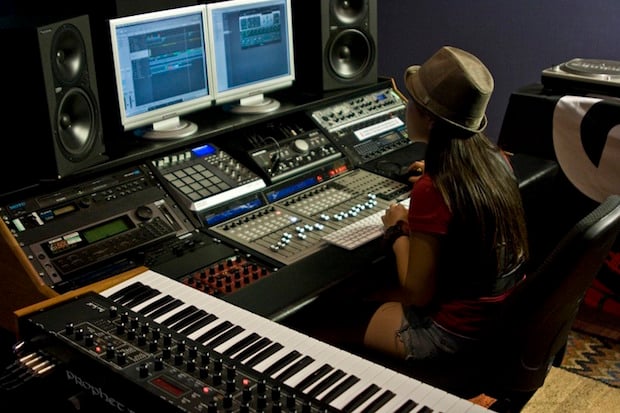 As artists, we count on producers to transform our songs from their raw, acoustic forms into their fully realized versions, instruments and all. Their role is pivotal in the record-making process, yet it's not always the easiest process or relationship to navigate. I know many artists who have had to completely scrap songs and start from scratch because their producer didn't understand their vision. As both a producer and an artist, here are five tips I've learned that will take you from being at the mercy of a producer to working together in realizing your vision.

1. Don't be afraid to voice your opinion

It's your music. You're in the driver's seat. A lot of times as artists, we feel like we have to sit and be quiet because the producer knows what he or she is doing, but the fact is, it's your music and it should be done exactly the way you want it. Oftentimes, producers will take the liberty to be creative and show off their chops by throwing in fancy musical ideas here and there, but it just may not be what your song needs. Don't be afraid to say that you don't like a certain idea, or that you want to take something out, or that you want the song to go in another direction. Even though it might be a bit awkward or intimidating, it's better to communicate your thoughts to your producer early on in the process rather than running the risk of putting in hours of work that will end up being scrapped.

One of the best things you can do for your producer is provide him or her with references to songs that have the feel and emotion you're going for. Instead of saying something vague like, "This song is happy and I want it to be upbeat," give your producer a few songs with those qualities so that he or she will know exactly what you mean. This not only helps your producer understand the feel you want for the song, but it also gives specifics for ideas on balancing levels, panning, equalization, compression, etc. during the tracking and mixing process.

3. Be prepared to explain your vision for each song section

While there's a lot of room for new concepts and ideas to come in as a song unfolds through the production process, a big part of steering it in the right direction is being prepared. Chart out the song in chunks, mark each section, and know how you want it to build or decrease in emotion and intensity. Have ideas prepared on what kind of instruments would help achieve these goals for each section and what these instruments would be doing, even if it's something simple like saying, "I want the verse to be mellow with just a guitar and shaker, but I want it to build into a really big chorus with drums and synths and bass." Having ideas prepared will really help you and your producer navigate through the process.

4. Be as specific as you possibly can

5. Speak up when it's working well, too!

Everyone benefits from encouragement. Affirming your producer by telling him or her what you really like about how he or she is producing your song won't only be reinforcing, it'll also give him or her a clearer sense on what's working. Saying something like, "I really like the synths you chose for the chorus and how well they work with the strings" will let your producer know that what he or she is doing is good, and that whatever is happening is helping to create what you're envisioning.

There aren't any hard-and-fast rules on how to work with or communicate with your producer, because everyone has very different working styles and personalities. But these tips should be universally helpful to guide you and your producer in the process of realizing your musical visions.