A Musician’s Guide to the Artist/Producer Relationship 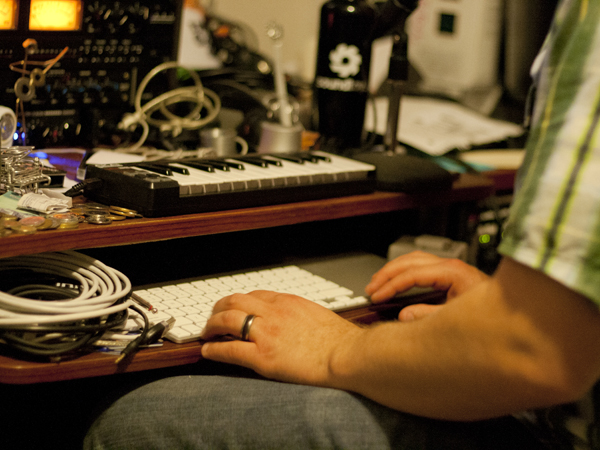 When you enter a recording studio, you're beginning a relationship with at least one new person: the recording engineer. A lot is riding on this person's abilities and personality during your tracking and mixing sessions. In fact, the engineer might be the most important element of the recording experience, and unfortunately, he or she is often the least focused on part of the puzzle. You can have the best console and recording space in the world, but in the hands of a neophyte with the personality of a third grader, you're in for disaster. On the other hand, a less-than-stellar mic closet and older plugins in the hands of a talented, experienced, and friendly engineer will often yield amazing sonic results.

One of the most important steps you can take in making a great recording is to visit the studio and engineer you’re going to potentially work with first. Take a tour, sit down and chat for a few minutes, and get to know a bit about who you'll be working with, and see if you hit it off. Ask a few "dumb" questions and see if you like the replies. If the engineer looks down his nose at you and makes you feel like an idiot for asking, that might be a red flag.

One of the engineer's biggest responsibilities is to foster creativity throughout the session. Not to toot our own horn, but one of the most common responses we get from a new client after we've completed a session is often, "Wow, the last engineer we worked with wouldn’t even let us try that!" We hear tales of engineers at other studios who seem to have very strict rules about how things should sound, informing artists that they have to do things like rewrite a guitar solo because "it doesn't fit the song." If an engineer makes you feel "wrong" for doing something musical in the studio, then your creativity is immediately going to take a nosedive. In our opinion, the job of the recording engineer is to expertly record an artist's performance as invisibly as possible. If the artist asks for their kick drum to sound "more thumpy," then a good engineer should turn a few knobs or tweak a mic position and then ask, "Is that what you were looking for?" not, "Then you should have bought a better kick drum."

Let's be clear about something here: All the rules that apply to every other customer service relationship should also apply here to the engineer/artist relationship, namely the motto that the customer is always right. If you as the artist are paying for the recording session, then you are the customer – and if you want the guitar solo to last for nine minutes and be played out of tune, then you are right.

Now, this is why a pre-meeting with the engineer is so important. If the engineer wasn’t expecting a 10-hour session filled with nine-minute, out-of-tune guitar solos, then he or she is probably going to be unhappy and possibly walk out in the middle or, at the very least, be unpleasant to deal with. For everything to go smoothly, it has to be a good fit, so do your research and find an engineer who appreciates your music. When you're researching restaurants on Yelp, you read reviews about the quality of food, service, and ambience. Consider your pre-production studio meeting your chance to sample the sonic menu, check out the ambience, and meet the staff.

When is an engineer a producer?

When we sit down with prospective clients at Night Train Studios, especially if they are new to recording, we like to explain our role as engineers and clarify that unless the artist asks for our opinion, we are here to serve the client in reaching their sonic goals.

The artist/engineer relationship is a tricky one. Engineers likely have more experience doing their job than artists have doing theirs. In this regard, it's more like an airplane pilot/flyer relationship. (I've flown this plane to Miami and back thousands of times; you climb aboard and take a seat.) The engineer has recorded on practically a daily basis, whereas many artists may have never even been inside a recording studio before. This "power" can go to an engineer's head and make him arrogant and condescending if he isn't careful. So when an engineer begins saying things like, "What I’m hearing in this part should be organs and a cowbell track," then a line has been crossed into the realm of producer. It's a producer's job to make the tough calls and finesse the egos to get a song to where he feels it should be. It's the producer's role to suggest that the guitar solo should be rewritten to fit the song better, or to nix it entirely in favor of a xylophone solo instead.

The artist as the producer

Often an artist will take on the producer's role and make the decisions about how the song should sound. Everyone should be clear about who's playing which role before the session begins. There's nothing worse than a band starting to unravel as new chefs keep entering the kitchen. If the whole band wants to "produce," that's fine as long as there's a good working relationship between bandmates. What doesn't work is when each band member is focused on his or her own element and nobody else is allowed to comment on it without touching a nerve.

That's why you generally hire a producer whose work you admire. If you trust your producer, then when he or she makes a suggestion, everyone in the band will probably listen without taking offense. If the producer is the engineer for the session that you just met an hour ago, then you might not be that open-minded to his or her input (especially if you didn't ask for any advice). Ask these questions:

Make sure if you're hiring a producer that you clearly work out the details of your relationship (and the compensation plan) in writing prior to the sessions.

The producer is the wedding planner

If we're looking for more analogies, then a producer is like a wedding planner and an engineer is like the caterer. You don't need to know how the caterer cooked the chicken – you just want it to taste good. And you don't mind taking advice from the wedding planner about where the tent should be set up and what the invitations should look like, because that's what you hired him or her to do – advise you on the details to make your wedding as good as your budget will allow. Now imagine if your caterer started giving you advice on your bridesmaids' dresses…

With the wedding planner analogy, you hire a wedding planner who's helped create previous weddings (records) that you admire. You don't necessarily have to like the previous brides and grooms (artists), but the caterers (engineers) they hired and venues (studios) they booked should have impressed you. The wedding planner (producer) should be easy to get along with and should be open to your personal vision for your wedding (record) and not try to make every wedding (record) exactly the same. He or she should understand and be agreeable to your budget and be honest about what can be attained with what you've got to spend.

What is it that you're setting out to accomplish, and what's the best way to achieve that goal? Maybe your songs are all pretty well set in stone and you just want some awesome recordings of them without a third party's opinion. In this case, you'd probably be best suited leaving a producer out of the equation and taking on that role yourself. Perhaps you're looking for that outside input, or you want to work with someone who can take your project to a new level. Hire a producer in this case. At the end of the day, whatever will best serve your project is the right path to take. And now that you know what to look for in these professional relationships, you'll be better prepared to make these important decisions for your next record.