5 Unusual (But Brilliant) Places to Play in Nashville 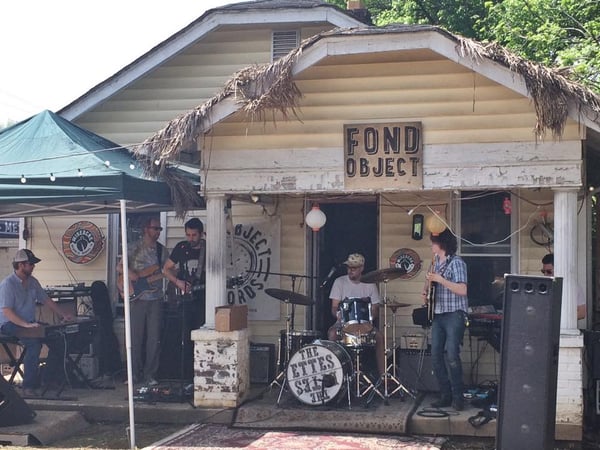 It's no surprise that Nashville's historic and ever-booming music scene sprawls out from traditional venues and clubs into all sorts of unconventional environments. The city's local scene is so massive, live music is everywhere—even at bike shops and on restaurant rooftops.

Before you peruse our list of top five favorites, we'd like to mention Fond Object as a sixth spot. The vintage and record shop hosts shows on a regular basis; they even refer to themselves as a music venue. And they are—it's the setting that's nontraditional. Bands either play in the center of the room, surrounding by racks of clothing and other merchandise, or outside on the back porch. We think that's pretty rad.

Okay, now you can read on for five more seemingly unlikely—yet very awesome—places to play in Nashville. 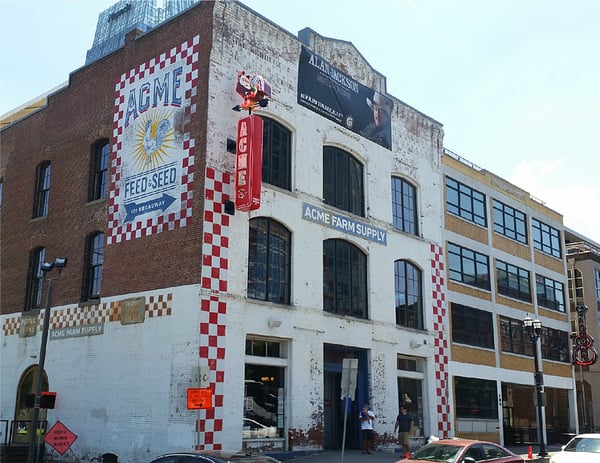 Image by Mary-Beth Blankenship via nocountryfornewnashville.com

This place is three levels of awesome: food and drink on a contemporary honky-tonk styled first floor, vintage games in the second-level lounge, and the Hatchery at Acme, a music and events space, on the third floor. But wait—there's more! They also use the rooftop. Yoga, dance parties, other events are included in the calendar, but we imagine live music at night with the downtown view all lit up is probably the coolest of the ACME Feed & Seed offerings. 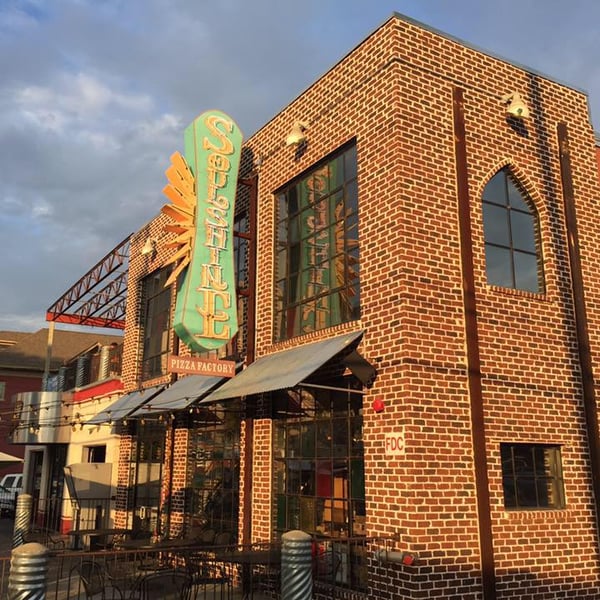 Every Friday and Saturday night, this regional chain serves its slices with a side of local independent music—free of charge! Acoustic jams, folk and country singer-songwriters, bluegrass bands, and roots-rock acts are typical of the rotating crop of sounds showcased on the indoor stage, all while folks scarf down pies and calzones. Sounds like an A-plus setup to us. 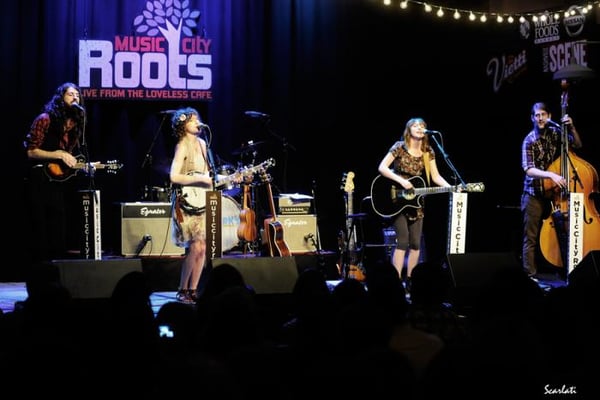 Live from a repurposed barn dubbed the Factory, located next to the historic Loveless Cafe, Music City Roots is a two-hour radio show that celebrates Nashville's history and future as an epicenter of music. Local artists, both the way-back-when and the up-and-coming, are celebrated through a “roots and branches” format that includes live sets and improvised jams. Plus, for the same cost of a regular ticket, you can hitch a ride there on a bus that picks up at local venue The 5 Spot. Aboard, you'll enjoy not only snacks and beer samples, but also the beginning of the show: musicians play unplugged as you travel to the main event. 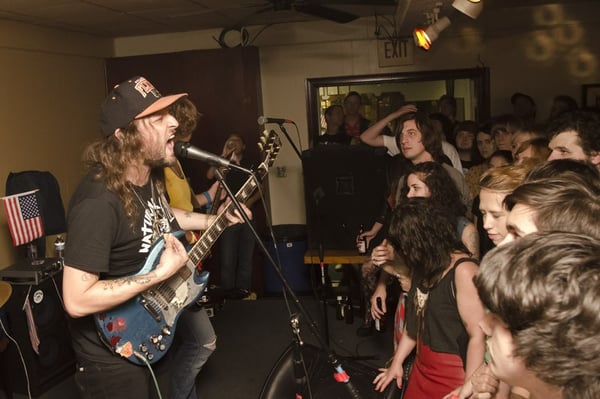 King Tuff played the VFW Hall Post 1970 a few years ago when the original venue (The Stone Fox) wasn't quite ready for its scheduled grand opening. Photo by Steve Cross via Nashville Scene.

That's not a date in the header, it's the actual number of the post—but that's around the year when the frequency of concerts at local Veterans of Foreign Wars buildings began to steadily dwindle, becoming almost obsolete by the mid-'80s. Back in the '60s, though, it was prime time for rock 'n' roll at VFW posts: High school proms featuring live acts, battle of the bands events, and concerts in general were commonplace. It's a history dotted with concerts from now-famous groups, but more so the posts were where a lot of rock 'n' roll, garage, and psych bands – many inspired by the Beatles – first cut their teeth. While most didn't get to the big leagues, a lot of these groups were really great; they cultivated strong local followings at the time, and some of them are now underground legends.

This Nashville post doesn't see a lot of rock 'n' roll shows—they mostly host bluegrass, country, and folk singer-songwriters. But that doesn't necessarily mean they won't book any in the future. We think a revival of the old tradition of garage-rock at the local VFW would be pretty incredible. Regardless of genre, though, it's a throwback setting that sparks '60s nostalgia, even if you didn't live it yourself. 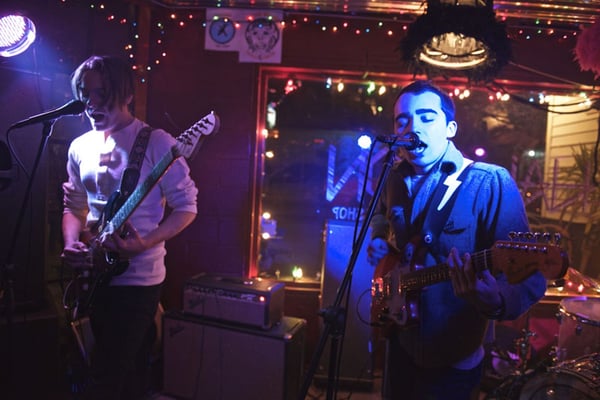 They've got some stylish, top-of-the-line bikes for sale, of course, but that's not the end of the Halcyon's appeal. They often participate in two-wheeled beer crawls, many of them culminating in an after-party at the shop. Art exhibits are also a regular part of their calendar—and both types of events make great opportunities for live performances. Even better, lots of times, these shindigs are free of charge.

Click here to start booking gigs in Nashville, or keep learning more about the local scene: