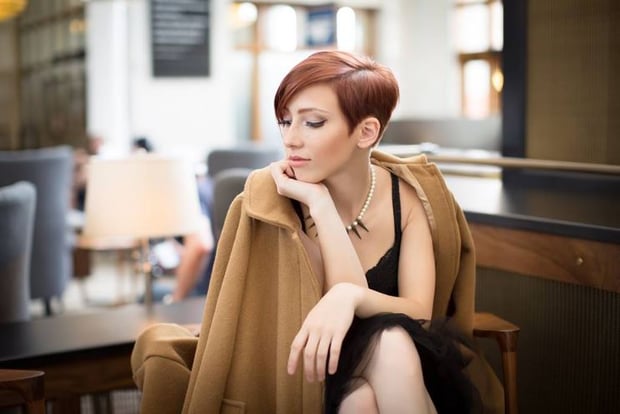 In the music business, as much as any business, other people’s perception of you and the reputation you carry has as much impact on your career as your music ever will. From the moment you reach out and begin a business relationship with someone in the industry – whether it’s a promoter, another musician, a manager, etc. – you need to be conscious of the impression you’re leaving.

I’m not telling you to be "fake nice," because people can always tell. But be genuinely nice. Be on time. Know your material. Deliver a professional performance. These are the things that will leave people wanting to have you back.

I still have a lot to learn, but I can share a few things I’ve learned so far in this regard through my own mistakes and by watching others.

You should never, ever feel bad about talking money with someone you’re working with. Unfortunately, I’ve had a really valuable relationship become awkward because both parties were too shy about discussing the considerable amount of money involved.

I find that being very direct and up front about the money, while it may seem pushy, is often appreciated. As soon as you get that out of the way, you can move on to the creative, fun things!

It also never hurts to get the money, your tech requirements, your accommodations, and food written down and signed into a contract. Less so for legal purposes and more for the ability to reference an agreement that both parties were included in.

[How to Make Sure Your Band Gets Paid for the Gig]

2. Always be on time

It’s obvious of course, but seriously. People seem to be constantly late.

Nothing feels better than being on time. Being on time, or even early, also gives you a bit of a leg up when you’re meeting a promoter or other industry person. If you’re early and the other party is late, you can be gracious and forgiving, which people always appreciate.

3. Always take time to meet anyone who wants to meet you

It makes a great impression when bands take the time to meet their fans after shows. Try your best to say hi to everyone, sell your merch, sign stuff, thank people, etc. Why wouldn’t you? These are the people who pay your bills.

I consider the post-show meet-and-greet an important part of the job. I have, sadly, seen many bands forget this as their success grows.

[5 Creative Ways to Keep the Buzz Going After Your Show]

4. Be professional during your soundcheck, load-in, and teardown

Soundcheck, load-in, and teardown are not the times to screw around. Especially if there are tight changeovers. Everyone appreciates it when a band loads in and sets up efficiently.

Then, when soundcheck happens, play when you’re asked to play, and otherwise don’t play. I’m very bad for wanting to constantly noodle, because I love my instrument. But don’t – it’s annoying for everyone. Check each instrument, then check the whole band.

However, I’ve recently been trying not to let a sense of urgency stop me from having good sound. I try my best to get exactly what I need in the monitor, because it allows me to play my best.

[The 6 Unspoken Rules of Soundchecking]

5. Try to not forget things

Okay, seriously, I should not be telling anyone not to forget things, because I am the worst. I’ve been known to do terrible things like leave entire suitcases in other cities, instruments at home, and cables in godforsaken places.

But if you can not forget things (considering trying out these easy organization tips for musicians), do it. It’s a pain in the neck for everyone when you forget something, and it’s just a better way to operate.

6. Give your absolute best performance, every time

Sometimes, there isn’t a good turnout. Sometimes your sound onstage will suck. Sometimes you’ll get ripped off. But it doesn’t really matter. If anyone at all is there, you need to give your best performance.

There was a time when a poor turnout would discourage me and I wouldn’t play as well. Or I would be distracted. Now, I’m just happy to play! It’s literally my favorite thing in the world to do.

If you put on a heart-stopping performance for next to no one, you’re going to leave anyone there with a solid impression of the band.

Do you have any go-to tips for leaving a great impression? Let us know in the comments!