5 Ways to Take Your Songwriting to the Next Level 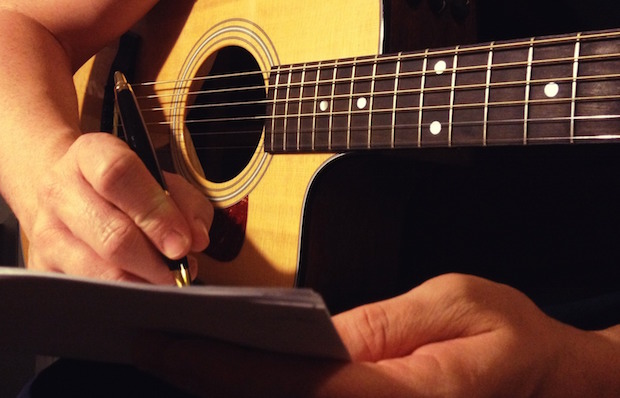 Songwriting is such a tricky and elusive art to pursue and sharpen. It's an individual process, and there's no right or wrong way to write. Oftentimes, songwriters will find a process or writing style that works for them and stick to it. However, I've found over the years that my songwriting will start to plateau if I'm not actively seeking to improve and hone some of the skills behind them. With that in mind, here are some challenges and tips that you can try to help avoid stagnation in your songwriting sessions.

1. Always have a North Star

The first and most important thing you'll want to do as a songwriter is reduce your whole song idea into one sentence – your North Star. Many songwriters will commonly start out with too many fragmented ideas and try to fit everything into that one song, but that just makes your audience confused as to what you're really trying to say. Sometimes, I lose track of what I'm trying to convey if I don't have one precise focus. Once you have your North Star written down, any lyric or line that doesn't point to the star should be taken out or modified. Try to ask yourself: Does this contribute to my main idea, or is it starting to stray? This will keep your writing focused, intentional, and clear to both you and your audience.

2. Say what you need to say in the chorus

If your listener can read your chorus and know what the whole song is about, you're solid. The chorus is the most important section of your song, and it's what people will be singing along to and get stuck in their heads. If you read over your chorus and your main idea isn't in plain black and white, tweak it. You don't want to be ambiguous here.

3. Make every section of the song a hook

Often, we think of the chorus as the only hook in the song, but the most successful songs have hooks in the verse, chorus, and bridge. In fact, in a songwriting clinic I attended, I heard that songwriter and producer Max Martin (Backstreet Boys, Britney Spears, Katy Perry, Taylor Swift) treats every section of the song as an individual hook. So one thing you can do to challenge yourself is to write something like a chorus, turn it into a verse, and beat it with a better chorus. Then turn that into a bridge and beat it with a better chorus. I've tried this before, and it's quite difficult, but it really kicks up your song to another level.

Let's be real, we're all guilty of stream-of-consciousness writing. It's not inherently a bad thing – some of the most amazing emotions and lyrics come out this way. It's also a good way to start getting ideas out, but more often than not, you won't come up with the most creative or descriptive images this way. Challenge yourself to go back and edit your stream of consciousness, and try to see if something could be said better or described more vividly. It's almost a guarantee that there's a better way to say something.

I can't tell you how many times I've finished writing a song, thought it was great, and woke up the next morning wondering why it sounded far less pleasing than I had imagined. A lot of times, we get so deep into writing a song, and we spend way too much time on it in one sitting that we start losing objectivity and perspective. Sometimes, the best thing you can do for your song is to step back and leave space before you come back and edit it. Chances are good that your opinion or perspective on the song will change after taking some time away from it.

Always challenge yourself as a songwriter. Don't be afraid to edit your songs because there's always room for improvement, and try to implement whatever challenges will best suit your songwriting needs.