7 Ways to Never Get Invited Back to a Venue 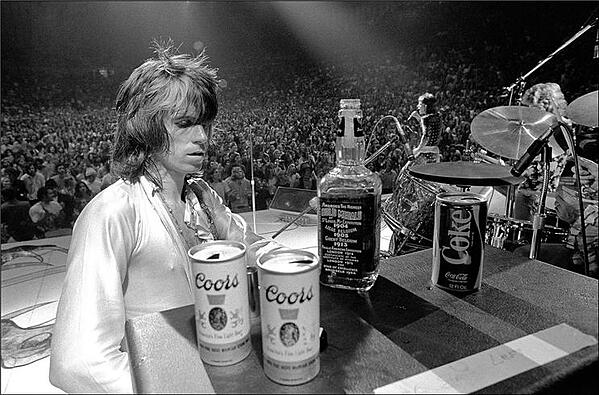 You scored a gig? Several gigs? Oh, you've been gigging for years? Whatever the case may be, awesome! But newbies and seasoned acts alike are forever subject to the good graces of venue owners and booking agents. Maybe it's common sense to most, but it bears repeating: don't blow your chances of being invited back by committing one of these seven deadly gig etiquette sins.

If you broke a mic on purpose, well, you're a jerk. If you damaged something by accident, however, you're only a jerk if you know what you've done and left without saying anything. You might be worried that the owner will make you pay for repairs or replacement. They might. But pretending it didn't happen won't help you – trust me, they'll know who was responsible, and they'll find you. And they'll be even angrier if you try to act like it wasn't your fault. Your best bet in this situation is to be up front. Otherwise, you're likely to be blacklisted. Same rules with breaking equipment: if you did it on purpose, you're dunzo. (And again, they will find you.)

Sometimes, however, in the rush of packing up, bands accidentally take things that don't belong to them. Or maybe it's not by accident, and I'm just a sucker. The few times it's happened at my venue, the items were found and returned after we reached out. I haven't added them to my mental "problem bands" list, but other venue owners might not be so forgiving. If you're prone to picking up equipment that doesn't belong to you, try labeling all of your gear.

One guest per band member is a generous norm, and that list should be provided well before showtime. If you don't adhere to those standards, you're risking a scenario that's irritating for all involved: a bunch of your friends waiting awkwardly at the door calling you repeatedly so you can get them in for free.

Was there a cooler of free booze waiting for you backstage? Cool! If not, it's likely the venue simply doesn't provide that for every band. It's not exactly bad manners to ask if the band gets a tab, but if the answer's no, leave it at that. And don't get plastered on your own dime and start asking about it again once you run out of cash.

A lot of bands want to party like they're a young (and sometimes of this age) Keith Morris. But, you know, you're not Keith Morris. Especially if you're still in the fledgling stages of your career, it's safer to keep things professional. Temper your booze intake to avoid making a fool of yourself.

Find out once the date is confirmed when you're supposed to load in and soundcheck to ensure you can comply. Sticking to the schedule is an incredibly easy boost to your perceived professionalism. Planning ahead helps.

6. Having a poor attitude or lacking enthusiasm

We've discussed tips for playing your best show ever, like warming up and meditating to ease your nerves. You were planning on giving it your best already, right? Of course you were. But in not-so-ideal situations, like where turnout is low or there's a lingering argument within the band, it's natural to struggle with letting your discouragement show onstage. You absolutely have to overcome it, though, and play as well as you can every time, regardless of what's gone awry. You're already there – why not make the most of it?

7. Clashing with anyone – yes, anyone – at the venue

Working amicably and professionally with the venue owner and sound engineer is a given, but are you always courteous to the door guy? What about the bartenders? For venue owners, that's their team, the crew they rely on. Folks at the show might also be dear to the venue owner and associated parties. A bad attitude towards or, even worse, an argument with anyone during your gig could give the right people the wrong impression. Even if you think you're justified in whatever situation it may be, try to keep it chill.

Here are a few more quick (but important) tips: