You Got the Gig, Now What? Your 6-Step Guide to a Successful Live Show 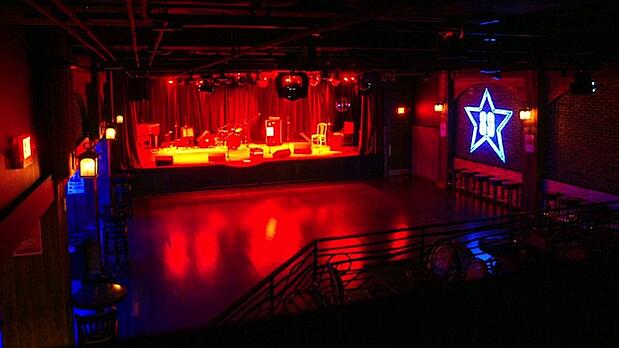 Follow these tips to avoid playing to an empty house. (Image via 89northmusic.com)

So you’ve just been booked on your best bill yet and want to really make it something special. Or, perhaps you’ve been booked for another random night at some random club, and want to make sure that it’s well-attended and not just a waste of gas money. Where do you go from here? Though your timetable is going to vary greatly depending on how long you have between booking and show day, here's a loose timetable of tasks that should be taken care of prior to your show date. Depending on how much notice you have, many of these tasks might need to be handled simultaneously. This is where delegating various business aspects to other band members can save your skin!

The first order of business should be making sure that the venue and promoter have all of the necessary information regarding your band so they can start promoting your show. Venues will typically put up the name of your band and a link to your website on their calendar at the very least. Many have radio contacts and feed all upcoming concerts for on-air promotion.

In order to promote your band efficiently, the point-of-contact for the show will need a few essential documents from you. Most everything they need should be included in your EPK, and sending that their way as a PDF via email should take care of any questions they may have. If you don’t already have it in your EPK, include a stage plot and input list in the same email. This way, whoever is doing sound will be able to begin preparations as soon as he or she arrives on show night.

If you have somebody who handles your publicity, make sure to share his or her contact info with the venue early on as well. If there's anything special about the gig, such as a CD release, make the venue aware of it so they can put it on the calendar and mention it to media contacts. Essentially, the more information you send them, the easier things will be on their end.

Step 2: Get the details

Lock down all of the primary details of the gig with the venue. It’s difficult to proceed with promotion when you’re missing key pieces of information about the night of the show.

The most important info you need is, of course, the location, date, time, age restrictions (if any), and cover charge (if any). This is what will go on most of the promotional materials, and the sooner you can confirm this info, the sooner you can really start getting the word out. There's a chance that the gig will be a special event for one of the bands on the bill. If you can get information about that before printing posters and making Facebook posts, you can use it to help push the gig even harder.

There are a few secondary details that, while not vital to the gig itself, will make every other part of the process much easier. If possible, find out load-in time, where you can park and load in, and whether or not there will be a green room as far in advance as possible. You don’t want to miss your soundcheck because you weren’t expecting to spend an extra 20 minutes searching for parking.

Step 3: Reach out to press

If you have enough lead time (a few weeks, ideally) to invite press to the gig, get the information out to them as soon as you have all the details. If there's somebody in your band who's a good writer, delegate him or her to write a press release and send it out to various blogs and publications in order to generate some attention for the gig. If nobody in your group can write, or you have a solid enough income, it could be time for your band to hire a real publicist.

Regardless of who's writing the release and reaching out to the press, you want to make sure your event is something that can’t be missed. If there are no special releases or holidays happening the night of the gig, it’s up to you and your publicist to try and spin the press into thinking there is something special going on. Anything you can do to make it seem like a one-night-only, can’t-miss concert will help drive more people out of their houses and into the room.

Anything you can do to make it seem like a one-night-only, can’t-miss concert will help drive more people out of their houses and into the room.

After you have all the details sorted out and you’ve begun to reach out to press, it’s time to announce the gig to all of your fans. Be sure to add it to your website calendar, and post the announcement on all of your social media pages. If you have an email list, write and send out a nice message regarding the new gig to everybody on it.

Make sure you’re reposting the gig information and event pages fairly frequently, but not so often as to annoy your friends and fans. Once per week is perfectly acceptable when approaching the date of the gig. On the week of the show, try to get a few posts in just to make sure as many of your fans see it as possible. Be mindful of the days and times when you are posting your updates, as well. It’s important to track the numbers on everything you post so that you know when the majority of your fans are seeing them.

Don’t stop once all of the gig’s details are up on the internet! Physical promotion is still a big deal and can put the name of your band into the brains of those that might not have seen it online.

When it comes to posters, a lot of bands like to make highly artistic and stylized pictures for each new gig. I try to take a more universal approach with the groups I’ve been in. I find that the best posters simply represent your band, with your name and web information displayed attractively and legibly. If you leave enough space at the bottom to write in future gigs, you can reuse the same poster design for very long periods of time. You can also put these posters up when you don’t have any upcoming local gigs, in order to keep your band’s name and image in the community for new potential fans to see.

Throughout this process, it’s important to stay in contact with the venue all the way up until show day. Try to follow up with the venue a week before the show and confirm the details one last time. This shows a lot of professionalism and will help clear up any last-minute confusion.

On the day of the show itself, be sure to show up early for your load-in. The quicker you can move your stuff inside and out of the way, the easier it will be for the venue staff to go about their jobs. At this point, make sure to bring extra copies of any paperwork exchanged, such as stage plots, input lists, and contracts. Documents like this get lost frequently, and having extras on hand is just another way to demonstrate your professionalism.

Dylan Welsh, a native of Seattle, WA, grew up cutting his teeth in various club bands around the Northwest. Seeking a more diverse and challenging environment, he attended Berklee College of Music with hopes of gaining new perspectives and finding his own voice. Though music is what he does best, writing and journalism are other passions that he has kindled throughout his academic life.