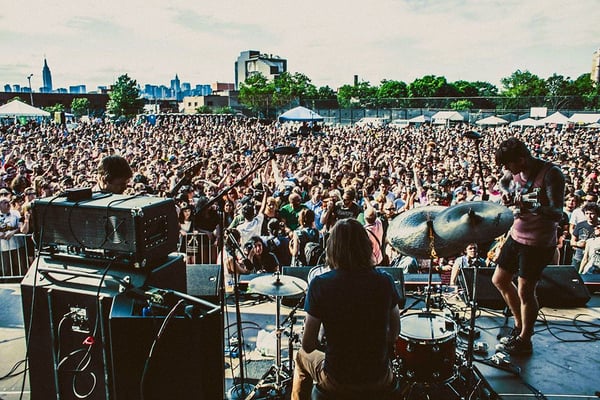 Thee Oh Sees at the 2014 Northside Festival. (Image via facebook.com)

Summer festival season may seem far away right now, especially if you're already seeing the signs of the coming biting winter weather. For independent bands looking to land spots at those shindigs, however, the time to apply for consideration has already begun.

There are tons of festival opportunities for independent artists, so to help you get started with applications, we've compiled a list of five awesome North American fests – all of them cost $10 or less to apply, and each is known to draw a huge crowds. Good luck!

A whopping 35 slots are reserved for Sonicbids artists at next year's Northside Festival. The seven-day event is held within a "walkable radius" of North Brooklyn and features about 400 bands, plus loads of films and panels. Some of 20-odd venues included: Baby's Alright, Brooklyn Bowl, Rough Trade NYC, Shea Stadium, Union Pool, Palisades, Knitting Factory Brooklyn, and several other clubs whose good graces could be a boon to your career. They're open to practically every genre, from avant-garde to reggae to metal to hip-hop. Acoustic acts are welcome to apply, too. Past lineups have been incredibly varied: Guided by Voices, Chvrches, Chance the Rapper, Against Me!, Best Coast, Neko Case, GZA, Run the Jewels, and Black Flag have all performed. 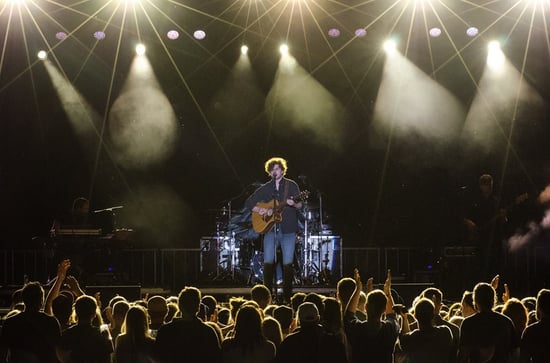 Five openings are at stake for Sonicbids bands at next year's Regina Folk Festival, a 47-year-strong event that draws about 45,000 attendees. The 2016 edition will be held in Victoria Park in downtown Regina and will showcase bands and solo artists both from Canada and elsewhere. Heavy metal and punk acts aren't their thing, though. When considering if your band would be a good fit, take a cue from past performers: they've booked the likes of Feist, Broken Social Scene, Iron & Wine, the Wailers, and Mavis Staples. Regina Folk Festival also organizes a year-long concert series, so getting in with this nonprofit organization could be an opportunity for future gigs. 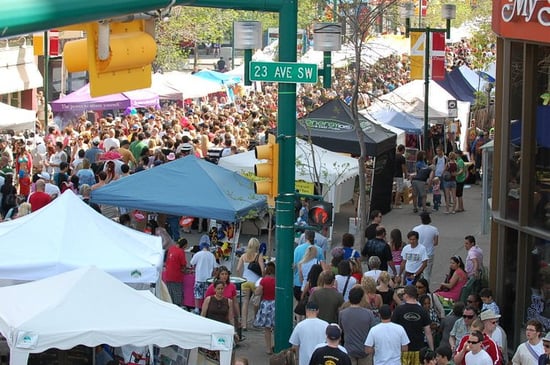 This is a single-day event, but by no means a small one: it draws approximately 100,000 people to 13 blocks of inner-city Calgary. The community-focused fest sets up six stages to showcase a diverse crop of about 40 Canadian artists on the rise. That's right, this one's applicable only to Canadian artists. If you're one of 'em, snagging a slot at the 2016 edition of this massive event should be a priority. The seven Sonicbids bands picked will find themselves among the ranks of previous performers like A.Y.E. (A Young Extraordinaire), the Static Shift, Short of Able, Katie and Jason, and Two Bears Club.

4. Middle of the Map Fest

Okay, this one's a few weeks before summer officially begins, but it'll definitely be warm by then! This expansive 11-day event is organized by long-standing local label the Record Machine and Ink, an arts and entertainment offshoot of the Kansas City Star. More than 250 up-and-coming acts hailing from all over the country perform each year, drawing about 6,000 people to six midtown-area venues. They're open to almost anything, including Americana, alt-rock, pop, garage, punk, avant-garde, and hip-hop. Last year's headliners included Iron & Wine, Lord Huron, OK Go, Ben Kweller, and Murder by Death. Organizers are hoping to book eight Sonicbids bands. 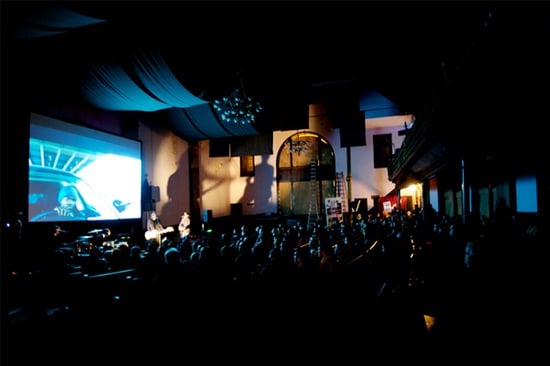 The Chicago International Movie and Music Festival, held annually at multiple venues of varying capacities in Logan Square and Wicker Park, is on its seventh go 'round of showcasing and comingling both art forms. The organizers are looking for at least three Sonicbids bands of any style. Previous artists include Yo La Tengo, Booker T. Jones, Chance the Rapper, Lydia Loveless, Trust, the Sugarhill Gang, and Robert Trujillo of Metallica. This year, they're especially interested in booking bands that perform film scores live or work in collaboration with original visuals.

We realize this one costs more than $10 to enter, but we couldn't help but highlight it because it's such an awesome opportunity. Up to 300 spots for Sonicbids artists are up for grabs at this huge event, which is basically like the Canadian SXSW. Industry and media professionals will be actively looking for fresh acts, and all performing bands get a free pass to the entire thing, upping the likelihood of making connections. Bloc Party, Janelle Monae, Arcade Fire, Tegan and Sara, the Temper Trap, Tokyo Police Club, Crystal Castles, and loads more have performed at one point or another. Also: Rihanna. Rihanna has performed at CMW. In addition to the complimentary pass, anyone selected to play also receives a two-year membership to the Canadian Association for the Advancement of Music and the Arts, plus a chance to be featured on the festival website.