Are You Getting Paid What You Deserve for Live Shows? Consider These 4 Factors 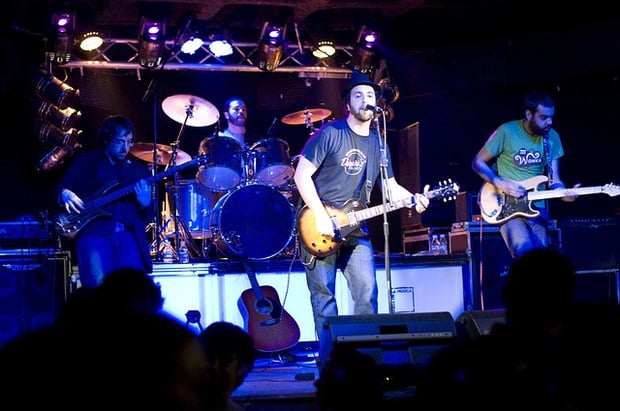 It's no secret that album sales just aren't as important as they used to be; the real lifeblood of independent musicians, now more than ever, is the quality and quantity of their live performances. Therefore, it's vital to implement a well-thought-out evaluation process when deciding which performance opportunities to pursue and which ones to pass on.

There are some showcases that are worth pursuing regardless of financial details due to the potential for increased exposure and networking opportunities, but there are many other cases in which musicians get unfairly shorted on money. Sometimes it's more difficult than it seems to know your worth within your particular music market, and every gig offer tends to have its own unique set of pros and cons. With the best interest of independent artists in mind, here are four factors to evaluate when considering whether a live performance opportunity is worth it.

Look for: capacity and previous turnouts at similar shows

One of the most important factors in deciding whether to agree to perform is the venue in which the show is being held. Depending on where you're based, the number of venues that welcome independent musicians can be limited, especially for certain genres such as hip-hop and R&B. From run-down, hole-in-the wall bars to trendy apparel stores, you'll most likely find yourself performing at all sorts of establishments that you may have never expected. And while all artists would prefer to perform at properly maintained venues in nice areas, that isn't always going to be the case.

When scoping out venues, the details you should be analyzing are crowd capacity and the turnout of previous shows featuring comparable artists, rather than the luxury of the building. When you find a venue that suits your music effectively, make sure you focus on maintaining a positive relationship with the folks who take care of the booking. You shouldn't perform at the same place over and over again (aka, performing in front of the same people, not new fans), but building up your comfort level with a few go-to spots in your local area is an ideal situation. Once you become more familiar with multiple venues, you'll gain a better understanding of when you should be paid to perform and when doing so for free is worth it.

Look for: the draw you have compared to the rest of the bill

Another key factor when evaluating live shows is the artist lineup on that particular evening. Implications differ when you're the main performer of the night as opposed to being the opening act on a bill filled with several other artists, some of which may be of higher prominence than you. Logic reigns supreme in these two scenarios. If you're the star of the show that night, the likelihood that you should be financially rewarded for your services dramatically increases. If you're given the chance to open for a nationally recognized artist, which begets networking opportunities after you impress your peers with a standout set, working for free doesn't seem so bad.

Do your due diligence when researching the catalogs of acts you'd be performing with. If you're a fan of their music and would be thrilled to potentially collaborate with them, performing for free is a no-brainer. But if a promoter respects you enough to be a headlining act but isn't willing to open up the wallet, saying no will prove to be for the betterment of your career. The confidence and open display of self-worth will spread around and make a booking agent less likely to try to undermine your services.

Look for: whether the sponsors are local or national

This factor may be the most under-the-radar on our list, but is arguably one of the most telling signs of knowing how much you should be getting paid for performing. As showcases build up their brand, one of the primary goals of show organizers is to develop a business partnership with show sponsors, who will help invest and receive brand recognition as compensation. If you get offered a show opportunity and a well-known sponsor is prominently placed on the flyer, this is a giveaway that there is a decent amount of money available that is being used to recruit sought-after artists.

With this in mind, be sure to always pay attention to all of the details to see which brands are affiliated with the show. Local blog or apparel stores in the area are most likely the result of authentic, non-monetary working relationships, but if you see a big-name beer company is in the mix, make sure you're receiving your due compensation. And if you get the chance, be sure to introduce yourself to sponsor representatives if they're in attendance at the show. You never know what types of business opportunities may open up in the future, and having built-in existing relationships will work to your advantage.

[The New Wave of Corporate Sponsorships: Is It Still Considered 'Selling Out'?]

4. What you bring to the table

Look for: an honest self-evaluation of where you are in your music career

This last factor may be the hardest for some indie artists to accept. When working out the financial details of live-show opportunities, you need to be 100 percent honest with yourself and not do business in an ego-inflated manner. If you're still on the come up and haven't released much music yet, don't expect to be paid the same way as someone who has three well-received albums under his or her belt. If performing isn't yet your strong suit as an artist, it's likely that you'll have to do several shows without compensation in order to build up your stage presence.

Artists who've already garnered blog/media attention, a sizeable social media following, and (most importantly) a supportive fanbase are in a position to demand some form of compensation, but being money hungry in every situation is not the right strategy to implement. Weigh out the plethora of opportunities for every single show offer you receive, and consistently evaluate your own artistic progress. The more you do this and avoid making show decisions on a whim, the better equipped you will be have a successful music career, earn a good chunk of change performing locally, and – if all goes according to plan – tour the country (or the world!).