Ask a Music Journalist: Which Music Links Do You Prefer in a Pitch Email? 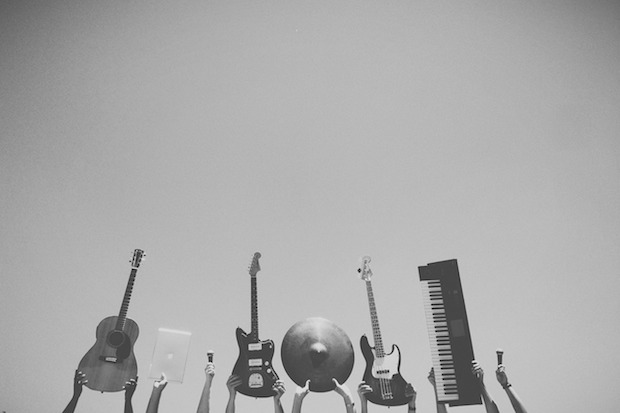 Humans now have shorter attention spans than goldfish. We're talking eight seconds to get someone to opt in and listen to your music. (Goldfish, for the record, beat us with nine seconds.) How many seconds does it takes for someone to get to your music? Is audio or video prominently featured on your website and/or Facebook page? Are links discernable in your press releases and newsletters with a clear call to action? If the answer is no, you're losing out on potential press coverage and fans.

As a music blogger, I receive countless press releases and emails from artists each day. A lot of times the most important part of the email – the link to a band's new single, video, or album – is buried within the body of the email or listed at the bottom, wasting precious seconds of engagement on scanning and scrolling before clicking on the intended link. Even worse, sometimes there are no links at all. My attention? Gone.

Sometimes the link takes me to the artist's homepage or Facebook page, which is great if there's embedded music on those sites, but sometimes there's not. In those situations, I have to look elsewhere to hear what the band sounds like – if I choose to be that invested. If I just bounced from an email to the artist's website or a Facebook page and can't find the music, what incentive is there to keep looking? Not much.

"The current generation of internet consumers live in a world of 'instant gratification and quick fixes,' which leads to a 'loss of patience,'" cites Rob Weatherhead of The Guardian. "If you don't [get your message across], their cursor will be heading to the back button and onto a competitor in the blink of an eye."

Still with me? What about your audience?

Whether media or fans, the links you send out in press releases and newsletters need to be the first thing people see when they open their email. The first two links at the top of an email receive the highest click-through rates, while most people don't even make it to the end. Don't weaken your impact over poorly placed content.

Be it a press release, newsletter, your artist website, or Facebook page, here's why you need to be linking or embedding music from at least one of these sites.

If you’re reaching out to press, I highly recommend including SoundCloud links. SoundCloud leads the charge when it comes to design and ease of use, and is my personal favorite streaming site. Like everyone else, I'm pressed for time and want to get to the song in question quickly to see if I'm interested in knowing more about the artist.

Unlike YouTube, there's no advertisement to sit through before a video plays (though SoundCloud's started integrating advertisements after a number of played songs, similar to Spotify), and when I'm sifting through dozens of new songs a day, I don't want anything stalling the experience.

I also prefer SoundCloud for being able to "heart" and "re-post" songs. It creates a social network of its own, and as a music writer, I love using it as a way to track my discoveries so I can refer to them for future blog posts. Additionally, SoundCloud's player is easy to embed into blog posts and has that strong visual component that we web users crave. If you give me a SoundCloud link, I'm giving you (at least) eight seconds.

If you're uploading a lyric or music video, YouTube still reigns king when it comes to video. Its compatibility with blogs, Facebook, and Twitter makes sharing and embedding easy and trackable. Not to mention, visual content grabs people's attention most online. So video itself reigns king when it comes to online content, and music videos, specifically, rake in the most views.

While SoundCloud is my go-to for unknown bands, YouTube is a close second. When it comes to bands I already follow, the interest has already been established, so if there's a new video, I'm watching it. SoundCloud and YouTube are personally the two platforms I embed – SoundCloud for audio and YouTube for video.

Offering lots of customizability for artists and fans, Bandcamp is a great tool for smaller artists looking to connect with and build up their fanbase. Bands can sell digital downloads, physical product, and merchandise to fans. They can either set a fixed price or let fans decide what to pay.

[Should you set your own price on Bandcamp or leave it up to your fans?]

While not as socially engaging as SoundCloud, Bandcamp Pro allows more options for musicians to engage with fans including discount codes, private streaming options, and access to analytics – all useful tools for developing artists wanting to offer special incentives to fans. Bandcamp's widget also makes it easy for artists to embed their music for streaming and purchasing on their website, which nicely kills two birds with one stone.

One drawback is that when it comes to embedding for blog posts, the results aren't as clean and seamless as SoundCloud or YouTube, so you don't see the player appearing on many music blog posts. But it's definitely a useful and widely used tool among musicians and their fans.

It's all about the music, as the saying goes. Make sure that remains the case when it comes to being seen and heard online with conspicuous links and audio/video placements. The easier it is to get to the music, the more listeners will press play. Maximize those eight seconds by minimizing ambiguity. As short as our attention spans have become, we can fall for a song just as quickly – you just have to help us get there first.