Avoiding the Sophomore Slump: How to Approach Your Second Album 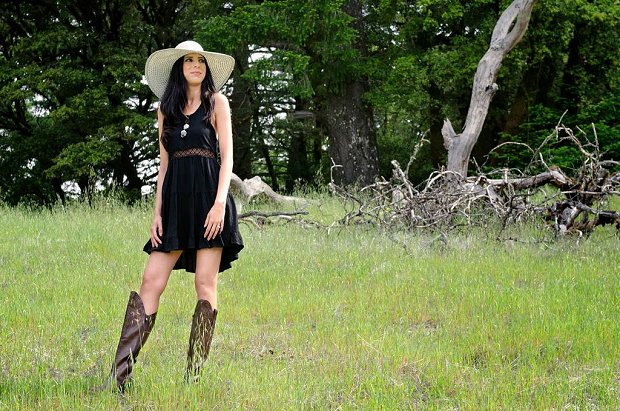 Katie Garibaldi knows a thing or two about keeping it fresh – she's on her seventh full-length album! (Image via katiegaribaldi.com)

Maybe you're still on cloud nine from your debut release. Maybe you absolutely hit it out of the park with killer riffs, poignant lyrics, and a chorus that could sink the sun. But now, it's a year or two later and you're struggling to deliver your sophomore release. So how does a growing band avoid the dreaded "sophomore slump" to ensure their career makes it through to release number three? We decided to go straight to the source and interview a few up-and-coming artists – some of whom are on their seventh release! Check out what they had to say:

On not mimicking your first release

"My advice to a band when making their second album is to not romanticize the first. Learn from the successes of your first and grow from there. There will be fans for the rest of your career that clamor for what you did first, but as they grow, you will as well. The real fans will stick by you and those are the ones you really want to touch to the core." – Murjani Rawls, Mind Equals Blown

"I consider each one of my albums like a snapshot of my life and of where I am as an artist in that moment of time, so each album is unique in that way, and I've never felt like one is in competition with another. But I think some artists, especially those signed to labels, have pressure put upon them to see only numbers, and when the focus is concentrated on that goal (this album needs to be better than the last album in order to sell more copies), the creativity and inspiration could be profoundly compromised. One of the most necessary components of creativity is doing what you love and what you believe in without the fear of failure. So I think what avoiding the sophomore slump 'jinx' really comes down to is a state of mind. My advice would be, place your focus on growing and evolving as an artist, rather than fear of numbers." – Katie Garibaldi, who just released her seventh full-length album

"Be innovative and different. Do something that will make you stand out. One of the things I did was to give away logo-ed T-shirts to my high-profile friends and posted their pictures online to help solidify my branding. That created a buzz and kept me relevant. People still want my shirts. I sell them now, of course! As always, support your fellow musicians, go to their shows, buy their music, share their links, etc. It's one of the best ways to get others to help you in return." – D. Edward, R&B/soul artist, voting Grammy member

On inspiring creativity for your sophomore album

"Here are some ideas to inspire creative integrity:

The end goal is to keep your mindset in the place it was when you released your debut record. After all, it might be the very reason you've attained the success and the fanbase you currently hold." – Harrison Fine, NOW Magazine Best Producer 2014, founding member of electronic band Opus Eyes

"Musical mimicry is like a jester to artistic integrity. The moment you try to synthesize what was produced very naturally, you lose your individuality, and the sophomore release can take a quick nosedive. Take plenty of time to let the ideas come naturally. This was probably why you were successful with your initial release.

"If you find success with your album, often there will be a pressure to surpass the success of its predecessor. However, this pressure can be poisonous to creative output and might directly impact your album's potency. Therefore, when I personally prepare for an album, I compose enough material for both the project in question and the album next in line. Therefore, when it comes time to write for your sophomore, you will already have a few singles in your pocket." – Harrison Fine

"First and foremost, have a plan, a team, and write great songs. I think that will give you the best chance of success. Take your time creating the next release. I took two years and even then probably could have continued working on more material. Take notes and analyze what worked and what didn’t with the first release." – D. Edward

How did you approach your second album? Share your tips with us in the comments below!

Angela Mastrogiacomo is the owner of Muddy Paw Public Relations. Muddy Paw specializes in working with up and coming artists on personalized campaigns designed to bring their careers to the next level. To date, they've secured placements on sites such as AbsolutePunk, Substream, Property Of Zack, PureVolume, Anti-Music, and many more. You can find them at www.MuddyPawPR.com.