3 Creative Album Release Strategies for Artists at Any Level 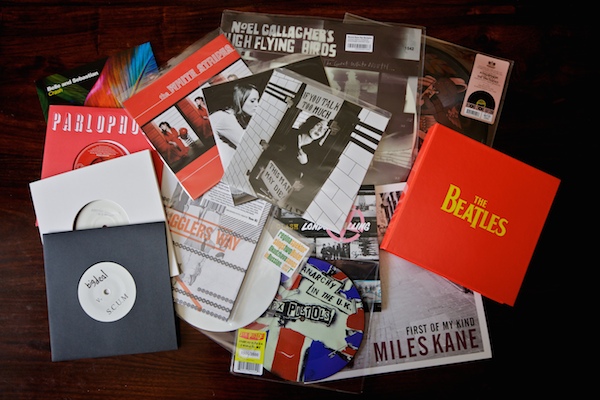 Today, with all the new technology and different ways to reach your fans, there are more ways to release your music than you can count. As cool as it may be to have all these options, it’s sometimes hard to decide which release strategy is best for you and your music career. After all, not everyone can successfully release a secret album like Beyoncé – it requires a certain fanbase size and dedication.

All these options, however, mean that you can really create a music release strategy that engages and excites your fans. The release strategy you use depends on your career level, fanbase size, online presence, genre, and career focus. For example, a band that really emphasizes their live shows may devise a different strategy than a band with a bigger fanbase that connects mostly online via YouTube covers and other videos. In this article, we’ll explore three different album release strategies and the pros and cons of each.

This strategy isn’t an "album release" as we traditionally know it, but many musicians these days – especially those in the early stages of their careers – are putting it to good use. Instead of releasing one album once a year, shorten the cycle to just one song release once a month, every two months, or whatever you can manage. Each individual release will have its own mini-marketing plan that’s executed online with social media, your website, your email list, and your connections with bloggers and other influencers.

This strategy is great for musicians just starting out and/or with smaller fanbases. By constantly releasing, you’re staying at the front of fans’ minds and giving them more opportunities to engage, share, and purchase. This strategy also works great for cover songs. Karmin, Pomplamoose, and Pentatonix have all used this strategy to great effect on YouTube to grow their following and reach new fans.

On its own, this strategy may not be the best option for a more established band. Releasing one song at a time might not drive the amount of revenue you need to tour extensively and pay team members like your manager. Many artists will combine a more traditional album release with a constant cover strategy to maintain fans' awareness while they’re in the studio or on tour. This can be a very important technique that you can use from time to time to keep your audience engaged.

We’ve seen many established artists pull off the secret album release strategy recently. Perhaps the most famous was Beyoncé’s self-titled album, which was released on iTunes in December of 2013 without any build-up. As the name implies, you release your album with no pre-promotion or marketing. If you want to turn it into a bit of a mystery or scavenger hunt, you could release a few cleverly hidden hints on social media.

The secret release is a really cool way to give your fans something really unexpected and exciting and incentivizes them to share and spread the secret. It can even spread like social media wildfire if executed correctly. But if you’re just starting out and haven’t reached the point where you can tour nationally, this probably isn’t the strategy for you. For this strategy to work, you need to have a large, engaged, and dedicated fanbase that will share the news. Without these elements in place, your secret album release could remain entirely a secret with absolutely no one knowing about it or buying it – not a good situation.

It’s pretty common to release a single as a preview to your album before the official release date. You can step this up a notch, however, and make that preview exclusive to help drive engagement. You can choose to make it secret by hiding it in a game or app, or hosting a secret show previewing the album to drive word-of-mouth and social media engagement. On the other end of the spectrum, you can use the album preview to drive revenue to your live show.

This is a strategy that both established artists and those who are just starting out can utilize. To give you some creative ideas for how to execute it, look into how Skrillex previewed the album Recess exclusively on the Alien Ride app, or how Coldplay released lyrics early in the form of a scavenger hunt in libraries across the globe. If you’re further along in your career, you might be able to create a helpful partnership with a company, game, or app to preview your music. You could also give prominent and influential bloggers an exclusive preview just for their readers.

If you’re in the early stages of your career, you can still use exclusive previews, but you may need to simplify your approach. For instance, The Wild Feathers released their album early at their live shows in the week leading up to the official release. On top of that, each album sold at their live shows included two CDs – one to keep and one to share. This strategy incentivized fans to buy tickets to the show and buy the album – that’s hitting two different revenue streams with one stone! You could work with bloggers to exclusively release your album, too. Target bloggers that write about artists at your career level.

Of course, in addition to albums, there are more revenue streams for musicians. In the New Artist Model online music business courses, you’ll learn how to turn your music into a successful business – a business where you’re the CEO! You’ll create an actionable and personalized plan that will help you achieve a career in music, and you’ll be able to do it all with the resources you have available right now.

Dave Kusek is the founder of the New Artist Model, an online music business school for independent musicians, performers, recording artists, producers, managers, and songwriters. He has worked with musicians his entire career, providing tools, mentoring, and knowledge necessary to be successful in the music industry.