5 Ways You Can Start Being a Better Bandmate Right Now 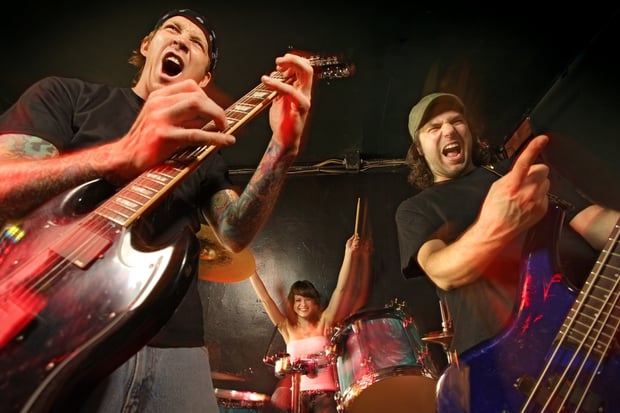 Every band has nightmare stories – guitar players who blew off gigs or practice, drummers who refused to promote shows or learn their parts, or keyboardists who were argumentative. When you mix a bunch of different people together, personality problems are bound to arise, whether it's in a band or a board room.

But it doesn't have to be that way. No matter your role in your band, here are five ways to be a better bandmate.

Keep track of when practice is, and get there early or on time. Don't walk in 45 minutes late; the other members took time out of their schedules and showed up on time. It's disrespectful and bound to piss people off if you do it regularly.

I've actually heard this excuse before: "Why should I be there on time? So and so is always late." If you happen to be the first one there, that's great. It sets a good example for the rest of the band and shows you're taking it seriously.

Remember show dates, and keep either a digital or physical calendar. Don't constantly call the band leader asking to be reminded when the next show is, or heaven forbid, double book yourself without checking first. If you adhere to this one simple point, everything will run so much smoother.

In this day and age especially, you actually have to make a concentrated effort to not be reachable. Between Facebook, email, and our smartphones, there are dozens of ways to get in touch. So when a bandmate texts or calls about a show, a recording session, or a practice session, don't wait a week to get back – reply within a reasonable amount of time.

I've known of scenarios where bands were scheduled for a radio interview and had no idea where the drummer was, or if he had even gotten the information. He simply didn't get back to them. (He did get their calls and showed up in the end, but it was still a communication breakdown.)

It shouldn't fall on any one member to do everything. It's exhausting and often takes away from the creative vibe. As a member, you should be doing all you can to help promote the band. Tell your work or school friends about it. Put up posters or hand out flyers. Promote it on social media and internet forums. Four or five people doing the promoting are better than one.

If social media and promotions aren't your forte, that's fine! Be on the lookout for pther opportunities for your band. Contests, gigs, interviews, radio shows – these are just a Google search away and take a small amount of your time. Ideally, each band member should have an individual role. If you're not given one, make one!

A word of caution when looking for shows, however. More than one member booking shows without coordinating with the others is a recipe for disaster. It often results in double-booked dates or other schedluing conflicts. Feel free to search for gigs, but don't confirm unilaterally – get the okay from everyone first.

Sometimes being on the road with people day in and day out can make you sick of them. You needle, whine, or make snarky comments. This can turn into a full-blown feud that destroys a band, so don't let that happen.

If you've got an issue with someone, be professional and bite your tongue on those sarcastic comments. If you see others getting into a heated disagreement, it may be a good idea to try to mediate or break the tension. You may not have a natural inclination for this, and that's fine. The least you can do is make an effort to be pleasant and positive.

You might find yourself in a situation where the band leader is just steamrolling over everyone.  Maybe he or she is too picky, constantly negative, starting fights, or simply not paying you. If this is the case, it's important to share your feelings directly and honestly, perhaps in private or at a band meeting.

Don't go into it looking for an argument, but explain how this makes you feel. You may find other members of the band agree with you, and you can all work together to improve the situation. If not, don't be afraid to leave. If a situation is unlikely to improve, the best thing you can do for yourself (and your creativity) is peace out.

Some of the best band members I've ever worked with have done all or most of the above. They were instrumental (pun intended) in making us successful both on- and offstage. We can all burnout, have issues, or hold grudges, but remember the real reason you're there: the music and being a successful band. Everything else is secondary.