Checklist: 9 Things You Need to Do Within a Week After Your Gig 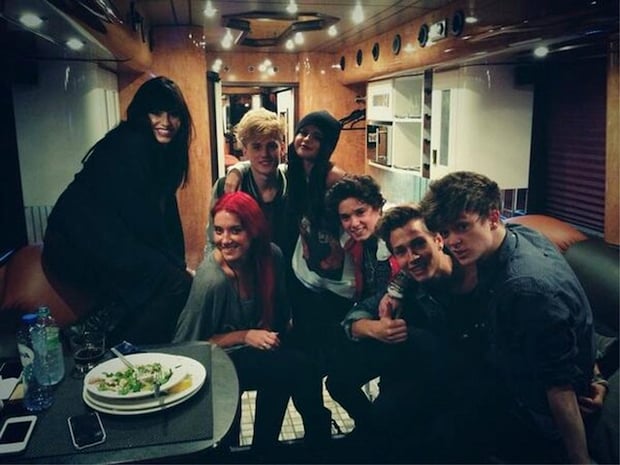 We musicians spend so much time and energy trying to promote our upcoming gigs, and even more so once we actually arrive in order to put on the best show possible. However, it seems that many bands totally check out after the gig thinking that their job is done!

If you've been thinking like this, then you're missing out on getting as much as possible from every show you play. After the gig, the work is only half done if you really want to maximize every opportunity. Here are my top recommendations for what should be done after the gig is over – within a week, max, but sooner is better!

First things first: figure out the money as soon as possible, so you don't end up running into problems down the road. Total up how much you made from the door/ticket sales, merch sales, the bar, and tips. Then make sure that the money gets deposited into the band account and/or distributed to the band. If you're coming up short, you need to get in touch with the venue/promoter as soon as you possibly can. Sometimes there won’t be anything you can do about it, and you'll simply have to avoid the offending party in the future. However, the earlier you bring it up, the better your chances are of actually getting the money you’re owed.

You hopefully got more emails to sign up to your mailing list at your gig. Get those entered in! This is vital, as these are the people who actually want to keep up with what you're doing. If you don't have a mailing list set up, you’re missing out on some vital engagement opportunities.

[4 Ways to Grow Your Email List at Your Next Gig]

Be sure to update your social media and website and take the gig you just played off of your "upcoming gigs" list. This will help your site look cleaner. I see bands all the time that leave their "upcoming gigs" list unedited for weeks, or even months. This gives the impression that you don't really keep up with your web presence, and could send the wrong vibe to a potential promoter, band, or anybody else who would consider calling you for a gig.

Also, shoot a status/tweet out to your fans thanking everybody who came, the bands that played, and the venue. Better yet, include the thank-you in a picture of you guys at the gig for maximum engagement!

Do all that you can to make sure that the venue staff, promoter(s), and bands you played with remember you after the gig. You should send them all emails during the following week, specifically to the venue, promoter, and the band who asked you to play (if it was another band that got you on the bill). Thank them for having you and providing a great experience (even if it wasn't that great), and make sure to let them know that you're available and would love to play again (if that's the case). Try to shoot an email out to all of the bands that played and tell them the same. Also try to mention something you liked about their set; most bands really appreciate it and will remember you for it!

If any members of the press showed up to your gig, be sure to send them an extra special thank you, even if they don't end up writing about it. They'll remember it!

5. Track and compare your online stats

In the week following your gig, keep an eye on all of your web and social media traffic. Get an idea of whether it increased, and if so, by how much. If you got a lot of web and social media traffic at your gig, try to figure out what you did that worked so well! If you didn’t see much movement in your online presence, try to reevaluate and see if you could try something new or do something better at your next gig to drive traffic.

Though most people who came to the show will buy merch at the show itself, also check out your online merch sales, and see if you can drive some traffic towards your web store while at your gig. Selling merch at the show is great, but it's even better if you sell merch at the gig, plus continue to see increased sales in the days that follow.

6. Upload photos and any other media that you can save for later

Live performances are excellent opportunities to collect new content that can be saved and used for your social media and website. Try to at the very least get a photo or two of your band at every gig, even if it's a picture of the whole band standing outside the club. Other than photos, awesome content that you might grab could include audio, videos, and the names of bands that you can share on your social media to help with cross-promotion.

In the week following your gig, evaluate any content that was collected. Keep the quality stuff in a folder of unused content, and delete anything that falls below your quality standards. Encourage fans to share any photos or videos that they took at the gig, as well.

7. Take stock of your gear

Whether you were intoxicated, in a hurry, or just not thinking straight from the adrenaline, it's extremely easy and common to accidentally leave gear at the venue. Most of the time, it'll be something fairly small and replaceable, such as a guitar/cymbal stand, stick bag, or an article of clothing. However, I've also experienced much more serious situations, where a band member of mine or another group I was playing with ended up leaving guitars, cymbals, pedals, and all sorts of other very valuable stuff at the club. The day after the gig, go through your gear one more time and make sure you remembered to grab everything. If there was anything you forgot, get in touch with the venue immediately. If you get there soon enough, you might find your gear lying exactly where you left it the night before. However, every day that goes by increases the chances that somebody else will have found your gear and considered it a total score.

In addition to looking for lost gear, check the condition of the stuff you used. Take a look at anything that broke onstage and try to get it taken care of, whether it's something small like a broken head or string, or a more serious issue that takes the item out of commission. The quicker you get it fixed, the less likely you'll end up needing it last minute and having to pay shop rush fees.

8. Debrief with your band

In the days following the show, try to take note of how things went. What was great? What went wrong? What was preventable, and how? What needs more work? Write all of these things down as you think about them, and have the rest of your band do the same. Then when you all get together for your next practice, you should have a great list of things that can be worked on to make your set tighter. This will make your live show much stronger in the long run.

If you captured any video from the gig, it can be used as a powerful rehearsal tool as well. Nothing tells you how well you did better than being able to see it for yourself!

9. Prep for the next gig

Your job as a musician is never done! Once you've milked as much opportunity, marketing, and content as possible from the gig you just played, it's time to start getting ready for the next one.