5 Creative Ways to Build Buzz for Your Show 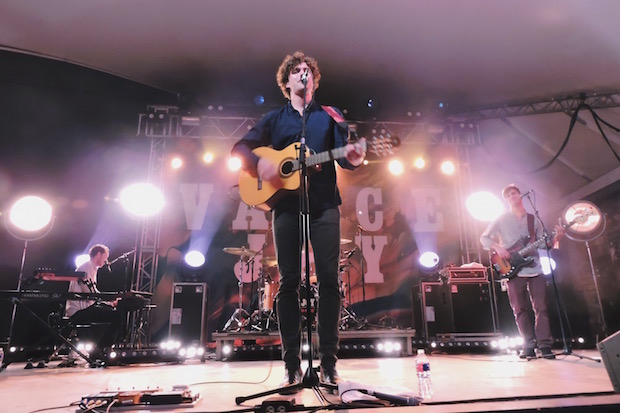 When you have an upcoming gig, sharing the event poster and adding the date to social media is a necessary first step. Continuing to share the same information over again, however, will quickly dilute your message, especially if fans aren't in the city where you'll be playing. Avoid repetition, and keep fans engaged by adding some diversity to event announcements. Here are five ways to mix up show listings, be it local gigs or a full-blown tour.

Instead of simply listing each new gig on social media, try incorporating video announcements to promote your shows. As I mentioned in a previous post, video attracts the highest online engagement. Sharing a short video post is a quick and easy way to interact with your fans, and similar to Snapchat, captures you in that moment. If you're on the road, post a video about the next show from the tour bus, from where you're staying, beside a city landmark, or anywhere that encapsulates your current surroundings. Consider incorporating something extra in each video, like a joke or short story, to show off your personality and invite fans to follow the announcements whether you're playing in their city or not.

Sharing the same tour poster for each new gig can quickly become repetitive. To mix it up, get crafty and handwrite/draw individual show announcements for certain gigs. It shows off your artistic skills, for better or worse, which will attract more eyes to your upcoming concert.

Think about ways to build interest and momentum for an upcoming show by sharing teaser photos, like a part of that night's setlist, or lyrics to a new song or cover you'll be performing. Post a photo of part of your stage outfit – details that fans in the back might not be able to see otherwise – such as a pair of boots, a ring, or a detail on your guitar strap or pick.

Set the scene by taking a picture of the concert setting: the stage during rehearsal, the marquee, the green room, the bathroom – any eye-catching details that help illustrate the setting for that show. Highlighting these details brings each show to life, revealing how one gig differs from the next, and allowing fans to follow along for the ride.

For any show, be sure to connect with the venue and the other artists on the bill to capitalize on cross-promotion. It creates a win-win for everyone involved and indirectly draws more attention to you and the gig. If you're touring with another band, interact with them regularly on Twitter, and share group photos on Instagram and Facebook. Fans will enjoy seeing the conversation take place and feel like they're getting a peek at your tour life. In turn, fans will feel more connected when they see you in concert in their city.

When traveling to different cities on tour, ask fans online for recommendations of where to eat and what to see. This again creates high engagement while also indirectly promoting your show in that city. Depending on the size of your following, you can announce that you'll be at this café at this time and hand out tickets to the first few fans that arrive. Another option is to simply surprise unsuspecting people you meet throughout the day with tickets as well, building excitement before the concert and making new connections.

This requires advance planning but can potentially lead to some exciting media coverage for your band, especially when playing in smaller cities. Contact local publications to notify them you'll be passing through town and see about securing interviews, pre-coverage, or show reviews. Shoot for securing TV appearances as well, either an in-studio interview and/or live performance. This will help generate great buzz in each city where you secure coverage and gives your tour momentum as you travel from one city to the next. Plus, you can use it to your advantage the next time you go back on the road.

There's more to promoting an individual show or tour than revealing the dates you'll be playing. Have fun with gig announcements by personalizing them and adding creativity and diversity to your online posts. Done right, you'll generate steady interest and attention, with fans requesting that you play in their city next.