Get the Guitar Sound You Want: Cheat Sheet for EQs, Wahs, and Filter Effects 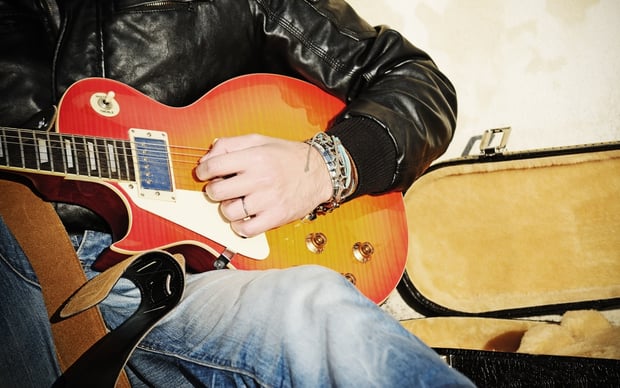 Now that we've covered dynamic- and distortion-based effects, it's time to start playing with the actual shape of your sound. From subtle EQ tweaks to dramatic filters, this is where we start really delving into reshaping and altering your tone. These effects can be used to add expression and character to your playing, as well as changing where and how your guitar is sitting in a mix. Whether you're performing live or recording in the studio, these are some effects that you're going to want to know about.

Getting a graphic EQ pedal is one of the biggest favors you can do for your pedalboard. They're about as straightforward as pedals get, and they allow for quick and easy on-the-spot adjustments to your tone. The flexibility they offer can have an extremely positive impact on your playing and your overall sound. If you want a more in-depth look at the effect EQ has on your guitar sound, be sure to check out the Ultimate EQ Cheat Sheat for Every Common Instrument.

One of the most important things to remember about EQ is that it's often more effective to reduce problematic frequencies than it is to cover them up by boosting everything else. For example, you can often achieve more clarity in your guitar tone by cutting everything below 80 Hz (typically achievable by rolling off the first few bands of your graphic EQ). This isn't necessarily a hard rule, and there's certainly nothing wrong with boosting frequencies to bring them out more in the mix. Just be sure to do so sparingly so that you avoid clipping and creating new problems.

Daniel and Mick of That Pedal Show explore the basics of the much maligned graphic EQ pedal and how it can be immensely useful on your pedalboard.

Though technically this effect is just a band-pass filter with expression, the wah deserves its own category based sheerly on the merit of its extensive legacy. Since its rise to popularity in the mid-to-late '60s, the wah pedal's trademark sound has been used by countless guitarists across the genres of R&B, funk, fusion, rock, and heavy metal. It has become a tonal signature for guitar greats such as Frank Zappa, Jimi Hendrix, and Steve Vai.

Don't be fooled by the simplicity of this pedal. The variety of uses it has in various contexts yields nearly infinite sonic possibilities.

Before vs. after distortion

This is a very common question guitarists ask when setting up their pedalboard: where should the wah pedal be placed in the signal chain in respect to distortion? As these pedalboard debates tend to go, it really comes down to user preference and what your ear tells you. That being said, it's important to understand the difference in sound that the two options will give you.

Fotis from Fuzzville Musicstore demonstrates different combinations of wah and distortion effects and their unique sounds.

This is a very unique yet effective use of the wah pedal, particularly in rock 'n' roll music. Popularized by many classic guitarists such as Jimmy Page and Eric Clapton, the "parked wah" technique is just as simple as it sounds: simply find a position in your wah pedal's range that you like the sound of, and leave the pedal parked in that position. This creates a sharp and aggressive lead tone that's guaranteed to add an edge to your lead playing.

Bowie guitarist Mick Ronson frequently utilized the wah pedal in his lead playing, using the expression for occasional key phrases and then parking it in a position that yielded a biting tone that cut through the mix.

Filter effects are, by far, some of the most reactive to your playing of any effects out there. This is where a lot of players start to discover new expressive territory for themselves. Introducing shifting frequencies and changing harmonic elements to your sound is a great way to give your instrument a unique voice that stands out in a mix.

Envelope filter and auto-wah pedals are all of the fun and expression of a wah pedal without having to worry about the footwork. These pedals use the strength of the signal they receive to determine the shape of your tone. They typically come with a few different adjustable parameters that allow you to alter how sensitive the pedal is to your playing, as well as the range and peak of the filter. This effect is popular among bassists (Thundercat, Flea) and guitarists (Frank Zappa, Omar Rodriguez Lopez) alike.

Frank Zappa makes use of an auto-wah envelope filter in combination with a traditional wah pedal during the guitar solo of "Inca Roads."

If you were to record a note played through an envelope filter, and then slice that recording into several smaller segments and scramble those segments around, you would have a rough approximation of a step filter. This is definitely one of the more peculiar effects out there. Sitting somewhere between filter and modulation with an additional rhythmic element, step filters are typically used to imitate some of the choppy sounds you could get from older analog synth gear. Though it's definitely one to be used sparingly, this effect is bound to turn some heads when used in the right places.

John Frusciante of the Red Hot Chili Peppers uses the Obi-Wah setting on his Line 6 FM4 Filter Modeler at 2:26 in this performance of "Throw Away Your Television."