How Your Mindset Impacts Your Music 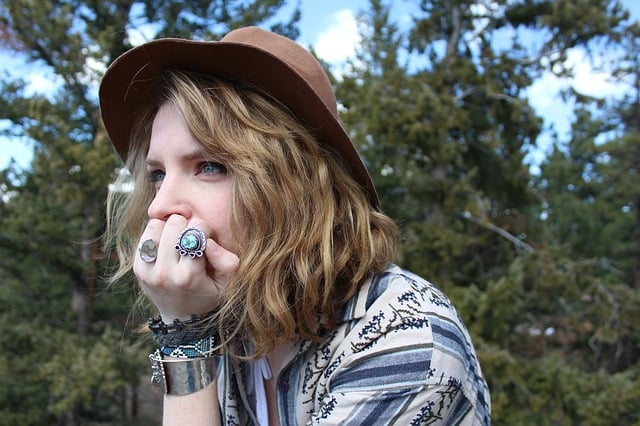 The brain is a complex organ – the most complex, in fact. As important and complex as it may be, though, most people go throughout their day without giving their brains a second thought. Instead, they sit and ponder, often in confusion.

Perhaps you as a musician are one of these people. You know that practicing every day is essential to developing new skills, but alas, you still let bad habits take control of you. Everyone is guilty of this one way or another, and the solution isn't a tricky one to find. It starts by looking deep inside your mind.

Depending on your relationship with your mind, certain skills can either flourish or remain blocked off. There's a strong link between what we believe and how we behave. This is especially important in music. Those interested in sticking to their musical goals, creating healthy habits, and ultimately becoming a better musician will surely enjoy the forthcoming research. We'd highly recommend checking out Carol Dweck's Mindset: The New Psychology of Success for a deeper dive into this subject, as well as Gerald Klickstein's The Musician’s Way for strategies that support the growth mindset and empower musicians to fearlessly pursue their dreams.

According to psychologists, there are two mindsets that people generally fall into. The first is the growth mindset.

Perhaps one of the more interesting qualities of this group is how they gain inspiration from other people's success. Instead of sulking in a cave of jealousy and resentment, the growth mindset allows one to praise the success of others while simultaneously using it as a competitive tool.

If you haven't guessed already, the growth mindset is the one you want to have. However, some don't fall into this category because, frankly, it takes a lot of hard work. One of the major characteristics of growth mindset folks is that they enjoy challenges. By definition, challenges are tough, and that isn't always enjoyable. Failing to complete a challenge often leads to loss of confidence, low motivation, and other negative feelings. For this reason, many people avoid challenges. Not growth mindset people, though. They not only enjoy challenges, but they actively seek them out.

If seeking the challenge wasn't enough, they also hunt for advice and criticism intensely. When something sets them back, they don't cower in fear; they get pumped up. They crave as many setbacks as possible. To them, setbacks are opportunities for progress.

That being said, criticism can hurt. Disappointment hurts. If you want a growth mindset, you need to be a bit crazy. You need to crave the pain of disappointment; that's your fuel. This pain will inspire new learning strategies so that in the future, the pain can be avoided.

Those with the fixed mindset aren't as well off as their growth-mindset counterparts. It's not a crime if you fall into this category, but for those looking to enhance their music careers, consider changing from a fixed mindset.

Fixed mindset people believe that it's all about ability. This is usually an unconscious thought. They see themselves and others in a black-and-white setting. They're either stupid or smart, talented or not, and no amount of effort can change that.

Have you ever seen your favorite artist perform and think to yourself, "Wow, he or she is absolutely amazing! I'll never get that good." That's a prime example of a fixed mindset. They think that artist is naturally gifted to the point of incomprehension. While perhaps having a great time at the concert, the "fixed minders" leave the room depressed that they'll never reach that level of talent. The growth minders, on the other hand, will race to the practice room and figure out a way to get as good or even better than their favorite artist.

Challenges are the worst enemy for the fixed mind. They bring opportunities of failure and frustration. Fixed minders avoid advice like the plague. Instead, they hunt for praise. Praise feels good. (Well, so does beer, but that doesn't mean you should only drink beer, does it? Don't tell that to the fixed mind.)

They take errors as personal failures. They don't use them as inspiration, but take them as punishment. This punishment leads to a lack of motivation to pursue different learning strategies. From there, they eventually give up after all the disappointment and resent others for succeeding. As you can tell, this is a vicious cycle that feeds off negativity and eventually gets out of control. Fret not, though – there is a solution to this self-fulfilling prophecy.

[4 Mentalities That Are Killing Your Music Career]

Contrary to what those negative fixed minders may think, the growth mindset can be taught. It's a game of patience, though, so you'll want to work on that before anything. You can't change your mindset in a day. You need to expertly shape it like a master potter.

Start by creating small, easily achievable goals for yourself. Maybe it's as easy as playing a C major scale with your eyes closed. Whatever it takes to build up your confidence. Over time, you'll see your confidence increase and, along with it, your motivation. You'll approach the practice room with energy and inspiration. The challenges will increase in difficulty, but they won't feel so discouraging because you've constructed a growth mindset over a long period of time.

If a bump comes along in your route of progress, worry not. Take time to embrace imperfection. Enjoy it, analyze it, and seek it out. Imperfection is the key to your improvement.

All this good work means you deserve some approval, but don't seek it out. If it comes your way, that's great, but don't get lost in it. After all, the growth mindset means you need to keep growing. If you're completely satisfied, that won't happen, and too much approval might lead to stagnating satisfaction.

Next up: 5 Performance Psychology Skills Every Musician Should Master