How Flexible Should Bands Be With Their Guarantee When Booking a Show? A Venue Owner's Perspective 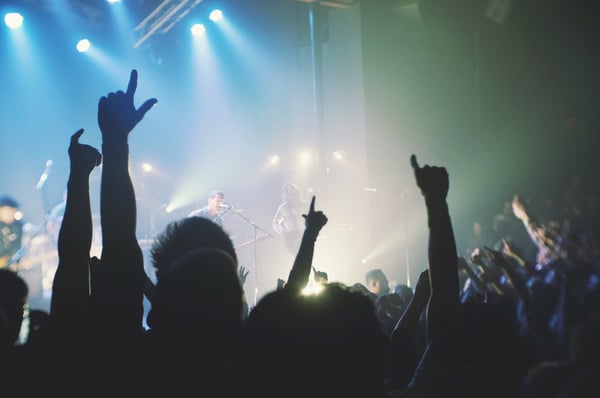 Photo by Desi Mendoza via stocksnap.io

Graduating from door deals to a hard guarantee suggests you've got a sturdy fanbase, that promoters and venues trust you'll deliver a crowd. It's an accomplishment, for sure. It's a milestone in your career. But it's not necessarily permanent – things can change. In fact, sometimes they should.

The minimum fee you set for performances is calculated mainly by your draw. You're charging X amount because your turnout will exceed it, leaving a reasonable surplus to cover any costs, like payment to the sound engineer or talent buyer. Venues will agree to your guarantee if they feel confident of the bar sales you'll generate. But what about when the folks in charge aren't convinced? Should you stick to your bottom line? If they won't book you at that rate, someone else will – right? Not exactly.

At the venue I've owned for two years, outside promoters and bands organize their own shows sometimes, but we – myself and two other owners – do the bulk of the booking ourselves. And in that short time, I've experienced several instances where bands or artists are inflexible about their fee. If the price is wrong for us, we have to pass. We're a small business, and we've got bills to pay. When we've taken risks in the past, the results have been regrettable. We've had to learn to be as stiff about guarantees. Otherwise, the club suffers.

I do understand the rigidity about price from the band's standpoint. You know your worth. You've worked up to this point. If you're making $750 per show, why should you ever go any lower? You've earned it, after all. But there are times when you've got to reevaluate your price.

The amount you set for a 600-capacity venue in your hometown may not be appropriate for a smaller club in another city. If that spot is sold out at 300 paid, bar sales can't hit the same high as that bigger venue. Additionally, your pull can vary from town to town. For instance, you could be huge in Seattle, where you've played several times in the past few years, but be generally unknown in Atlanta, where you've never been. In any booking scenario, situational factors like those should be considered when determining what you'll charge.

Don't just defer to a standard fee without thinking about how things might pan out at that show specifically. If the person who's booking you attempts to negotiate, you should hear them out. They know their market same as you know your worth. Don't settle for too little, of course – you've got bills of your own to pay, or at the very least, you've got gas up and eat before the next gig. But don't be unbending in your asking price. Work together on an amount that's suitable for everyone involved, not just your bottom line.