How to Book More College Gigs 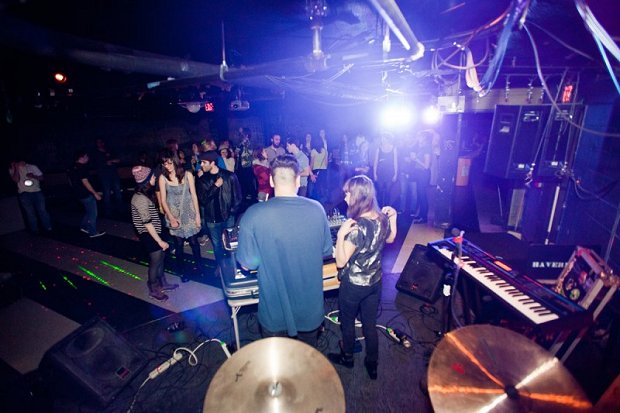 Colleges can be an extremely profitable, fun, and rewarding market to tap into, but unfortunately, a lot of artists dismiss them as potential venues. They may think that the college market is just looking for cover bands, or they might think they won't vibe well with the market or that a college town may be too far out from their home base. But a lot of these reasons are simple misconceptions.

First and foremost, colleges should be attractive to artists because colleges have money and resources. Annually, Student Government Associations (SGAs) book bands for football game pre-shows, homecoming events, Saturday concerts, and much more. They generally have a healthy operating budget, professional sound crews, and tend to have staff that helps with setup and teardown. Also, they're creatures of habit; if you get in the door once (and do well), they'll likely ask you to come back again.

Student Government isn't the only group that makes college life easier. Greek Life associations also have similar marketing budgets. Speaking from experience, I know that my small liberal arts college's fraternities had an average of 50 or so members, each having to pay $1,000 a year in dues. You can do the math. Probably half of that went to party and event expenses alone. Similarly, despite the Animal House or Legally Blonde stereotypes, Greek systems have dedicated members and officers to handle social events, as well as committees that tend to help with logistics and payment.

Here are some key tips to break you into that college market.

Make friends with NACA and SGA

NACA is the National Association for Campus Activities, and this could very well change your entire outlook on the college market. Every year NACA puts on regional conferences, and the Student Government Associations from colleges across the US attend.

As explained before, these SGAs are the ones that book the bands for football games, homecoming, and those weekend concerts. However, these students graduate, and the lineup changes every year or even every semester. Therefore, at NACA conventions, the new SGA members come to check out resources and other ways they can help build campus activity at their college.

Typically, during these conferences, artists do showcases or set up booths so the SGA folks can check out their work and ask them to come perform. Not only does NACA allow you to showcase in front of colleges for booking, they help with touring, too. Let's say you're playing in Louisiana, and because of NACA's "block booking" policy, they can likely get you booking in nearby Texas and Mississippi as well. This makes touring incredibly easy – not to mention you're in a college town, with college bars, so there are plenty more venues you can hit up along the way.

You do have to join NACA to be eligible to showcase and attend conferences, but it's very much recommended. Or at the very least, ensure that your booking agent or manager is affiliated. There are actually management groups that cater only to the NACA scene because it's such a viable market for artists.

Get your materials together

NACA is a solid route, but even once you're involved, you still need an EPK and other materials prepped and ready. And what about the colleges that don't attend the conferences? You still need to find a way to showcase to them. The college market is just like any other venue or festival – you need to have an attractive presence to get booked. So, just as you would with any gig, make sure you have a solid EPK, active social media accounts, and a professional look.

Booking via SGA or Greek Life folks is great because, for a lot of these student leaders, this is one of their first major jobs. Therefore, they tend to be more open-minded about listening, unlike venues that are bombarded with thousands of EPKs a week. The college crowd tends to be more open to EPKs that come their way.

College organizations are usually the ones reaching out to acts, so if you're an act reaching out first, it goes a long way. A lot of artists will even visit a campus, seek out student organization leaders, and visit Greek housing with packages. Cold-knocking on a door is just as risky as any other sales business, so it's a good idea to find some email addresses and let them know in advance that you'll be on campus handing out demos and print materials. Either way, be seen! College communities are great to get involved with and be known in, so go out and shake some hands.

Use the power of social media and college radio

Consider using social media to post some targeted promotional posts, videos, and more geared towards the college demographic. This tactic can be used not just for college marketing, but for any show or tour.

Also, don't forget the power of college radio! Whether you want to use a college's radio station to be more attractive to that market for live shows, or if you play a college with the goal of getting on college radio, either way will help you be more visible in the college market and grow your fanbase.