How to Create a Budget for Your First Tour (Sample Budget Included!) 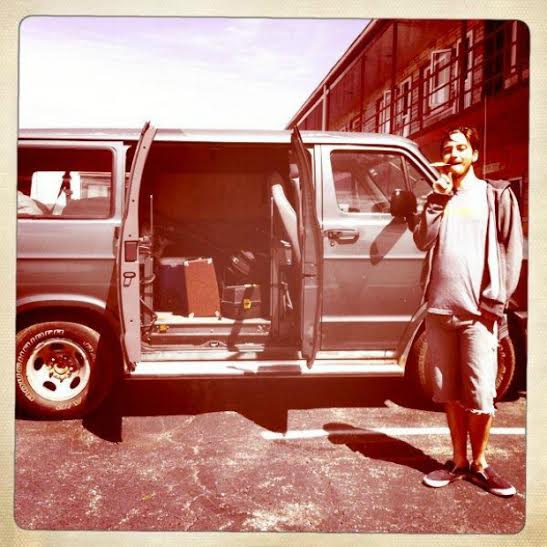 The music industry seems to be changing more and more every year. The shifting climate of the business has hit everyone, including the highest paid acts out there. So with an increasingly difficult work environment, more and more competition, and societal pressure to give away one's music for free, is it even possible to scratch out a living in this industry? Well, the odds are stacked against you for sure, but no matter what, the road to success starts with getting in the van.

In his fantastic book Tour:Smart: And Break the Band, Martin Atkins said something to the effect of, "If you're not going to tour somewhere three times, don't bother touring there once." Touring is a numbers game. The first time a band plays out of town there might be five people; if they're good enough, each of those five people might tell five more people, and you'll have 25 the next time you roll through town. In an ideal world, it grows exponentially from there. This isn't a hard-and-fast rule, but it's a good thing to consider before making the initial investment that touring requires.

First, you need a van. The type, age, state, and smell of touring vans vary greatly, but whether you bought an old shortbus from the cash-strapped local school board, the traditional Ford Econoline from 2002, or some high-falutin' newer model with electric windows and a USB plug, the one thing you need to be aware of is the mileage. Gas is by far the most expensive thing you will shell out money for on tour, so having a rough estimate of how much it’s going to cost is important.

Once you have all your shows booked, sit down for 20 minutes or so with Google Maps and type in the addresses of the venues you're playing. That will give you the distance you'll be traveling. Now, divide the distance by the amount it takes to fill up your vehicle, and that gives you your gas mileage. It works in metric or imperial. Remember to keep an eye on how much you’re spending every time you fill up.

[The Best Vehicles to Tour in for Bands on a Budget]

Okay, so if gas is going to eat through your collective wallet like stink through a drummer's underwear, you need to figure out ways to offset the cost. Asking for a guarantee from promoters up front is always advisable. Even if it's 50 bucks, it's still something to help get you a little further down the road. There's always the option of passing a hat around after your set or setting up a piggy bank at your merch table, too. People like to support touring bands, even if it's with the change in their pocket.

Speaking of merchandise, this is your beer and peanut butter. Merch sales are where most bands creep towards a profit, so get quality, diverse stuff, and bring enough of it for the entire road trip. There's nothing worse than running out of large-sized T-shirts in the middle of a month-long tour through western Canada. (Well, there are some worse things, but that's pretty high up there.)

Beyond just your record, CD, or cassette, have at least a couple shirt designs for people to choose from. And people love interesting merch, so don't be afraid to get creative. Beer koozies seem to be popular lately, and you can never go wrong with pins and stickers.

[8 Creative Band Merch Items to Inspire Your Own]

Before you hit the road, you should discuss amongst your members whether a per diem will be handed out. I know a lot of bands whose members spend their own cash the first few times out on the road; others will hand out $10 a day from the collective pot. Ultimately, that's up to you and yours, but remember to work it into your budget. If the band can't afford to buy Jimbo that extra shot of Wild Turkey, then Jimbo's got to pay for it himself, or he needs to hustle and sell some more merch.

Setting aside some cash to buy the band a meal once a day can be a good idea for morale, but those costs can add up, too. Consider stopping at grocery stores and cooking at the houses of the places you stay. And if you make enough for your hosts, it'll definitely earn you some brownie points and a reputation for being good house guests. But make sure to do your dishes!

5. Get used to sleeping on floors

When you're starting out, it's a good idea to avoid the siren call of motel beds. At most shows, you'll find someone who's willing to let a seven-piece ska band sleep in his or her basement, and by avoiding dishing out the cash for accommodations, you'll save a lot of money in the end. If the bar ends up being empty and there's no one to put you up, just suck it up and sleep in the van. Or bring a tent and find a quiet, wooded cul-de-sac or ditch to hole up in for a couple hours.

[Touring on a Budget: 6 Places You Can Sleep for Cheap (or Free!) on the Road]

When putting together your tour budget, don't forget to put cash aside for incidentals. Incidentals are the things you never see coming, because vans always break down and bassists always get lost trying to find the venue. You should always plan to spend more than you think you will, and that way if you come up under your projected costs, you can buy everyone a burrito! One good way to work this into your budget is to take the total number of kilometers you plan on driving and multiple it by 1.5; that way, you've got a little more room for error, like when the GPS tries sending you to St. John's instead of St. John.

The sample budget below assumes a few things: that's roughly the kilometers-per-liter of a 2002 Ford Econoline with five band members each taking a $10 a day per diem, and no money spent on accommodations. We're spending $30 a day on collective food for a 14-show/16-day tour, and we've managed to convince the promoters to give the band $50 from the door each night. Before the band even hits the road, they're $2,681 in the hole.

Now they've actually managed to scrape out a profit. At that point, it's time to take it all, put it back in the band fund, and hit the road a couple more times.

As much fun as it is to play music, being in a band is a business and it should be treated like one. Touring is never easy, but if you make a budget, stick to it and keep careful track of the money coming in and going out; it can save you a lot of heartache down the road.