How to Make a Long-Distance Band Work, Part 2: Songwriting and Recording Tips 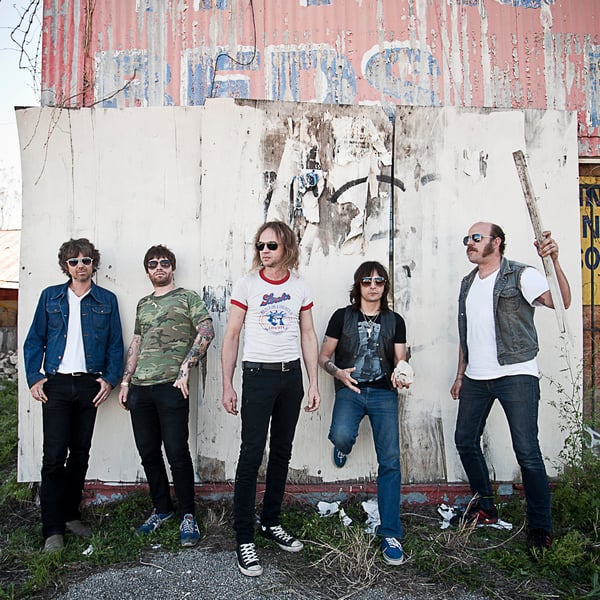 For even more tips on how to keep a long-distance band together, start by reading part one of this article.

The internet is a boon to bands with members living miles apart – obviously, and nobody's claiming otherwise. It's never been easier to maintain open communication and get things done despite distance than it is right now. Still, shared Google docs and group Skype chats don't guarantee your own long-distance band will be problem free. There's more to it than that. Just ask Atlanta rock 'n' roll act Barreracudas.

The band has seen a number of lineup shakeups since forming in 2009, but it's not because anyone's quit or been ousted. It's the location of the members that keeps changing. While three players currently live in super-close proximity within their original home base of Atlanta, the other two now live considerably far away in Los Angeles and Brooklyn. But front man Adrian Barrera says the extra work required of a long-distance collaboration is worth it. "It's absolutely more important to have the right contributors than just the guy next door," he says.

It's important to note, however, that the band has a sturdy, long-standing bond. They were buds before anybody shipped out. "I feel like bands that meet up out of the newspaper are more long distance than any of us, even if we were across the world apart," Barrera adds.

No two bands function exactly alike, and what follows is part of their idiosyncratic formula for keeping it together. It's fair to assume, though, that no matter where your bandmates live, the ease of technology may not help much if you haven't got the right chemistry in the first place. Keep that in mind as you check out the following tips for writing and recording as a long-distance band.

Barrera describes the members of Barreracudas as having "Teenage Mutant Ninja Turtle-style specialties." His is songwriting, and he handles shaping the initial structures of tracks totally on his own, then sends them out to everybody else.

"Demoing is crucial," he says. "It's like a napkin map. Doesn't have to be fancy, but that way everybody can hear it and get stoked and also prepare for recording the real release. The demo part allows everyone to get familiar and come in with their personality and little ideas."

[3 Tips for Recording Your Best Demo]

Recording: be prepared with a game plan

Recording in a studio means you've got to make the most of your time. Recording in a studio with members who've flown in from elsewhere specifically for those sessions means time is even more important. If you don't have a plan, you could squander what little you have.

"Our last album, [Can Do Easy], was recorded in a very small time frame," Barrera says. "We learned the songs in two days and went straight in to the studio for three days. After the main tracking of every important ingredient, we came back and did overdubs as they were necessary. It's very important to have a plan, because if the guitar player leaves town in a day, he can't redo anything right away."

Additionally, everyone should be practicing on their own. This applies to touring, too. "We are very unique in the fact that we rarely have any chance to rehearse before a tour," he says. "It's everyone's responsibility to be prepared enough to run through the songs once all together before we play."

In general: get organized

Try to get several things done whenever the whole band is together. Barreracudas tackle multiple efforts at once. "For example, if we wanna record a few songs for a single, everybody meets up for a few days, and in that time we try to squeeze in as much as possible – photos, videos, etc.," Barrera says.

All of these things should be considered ahead of time, of course. That's where the internet really does help: you can plan it all together online.

Next up: Keeping the Flame Alive: Tips and Tools for Long-Distance Songwriting Collaboration