How to Speak Audio: 15 Essential Terms to Learn Before Your Next Recording Session 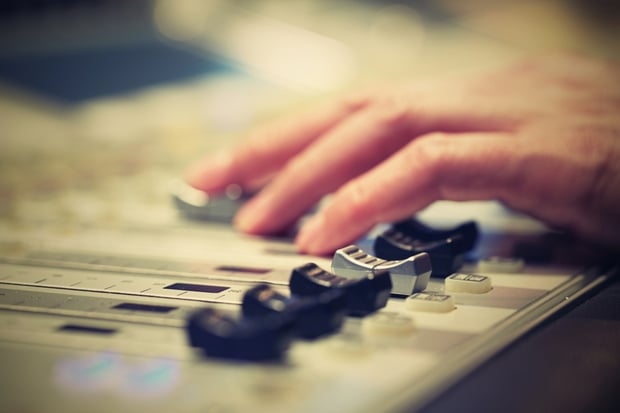 As musicians, we often find ourselves speaking our own little languages. Guitar players use a special language to talk about their tone, pianists can spend hours discuss the intricacies of music theory, and singers can go on about breathing techniques using words that no other musician understands.

To play in a band, you don't always need to speak the same language as every other musician, but when you head into the recording studio, learning the basics of recording lingo is actually a valuable asset. Because time is money in the recording world, you don't have time when you're in the studio to learn the difference between dynamic and a condenser microphone, or to ask what the engineer means when he or she asks you to punch in halfway through the first chorus. So to help your next recording session go as smoothly as possible, here are 15 commonly used audio terms that you may not be familiar with, and may have been too embarrassed to ask about.

A digital audio workstation, or DAW, is the main piece of software used in recording studios to capture and manipulate sounds. Unless you're working in a 100 percent analog studio, you'll most likely be recording your music using a DAW like Pro Tools or Logic.

This is the proper name for a stage microphone like a Shure SM57 or SM58. While these mics are designed for live performance, they're often used to great effect in the studio as well.

Condenser microphones are the most common types of microphones found in recording studios. These microphones are more sensitive and more delicate than dynamic mics, and they're meant to be used differently as well. For example, if you're singing into a condenser mic, you'll want to stand a few feet back from it, rather that getting right up to it like you would with a stage microphone (unless of course you want to sound like the movie-trailer-voice guy).

[What's the Difference Between Condenser and Dynamic Microphones?]

Ribbon mics are even more sensitive than condensers. These microphones are typically considered to sound "smooth" and "warm," and are often highly sought after by microphone aficionados.

A tube microphone is a microphone that is powered by a vacuum tube (similar to the type of tube used in a guitar amp). These are often vintage mics, or mics designed to give you a vintage sound. They're also highly sought after and, as such, highly expensive.

Sadly, phantom power has nothing to do with ghosts. It's actually what you need to operate a condenser microphone. Typically, you can activate phantom power from the mixer or audio interface that the mic is plugged into by pressing in the button marked with the symbol "+48V." When switching on phantom power, make sure it's on the right channel. Sending phantom power to a dynamic mic shouldn't cause any problems, but sending it to a ribbon mic could cause the microphone to explode.

Almost every microphone in the world uses an XLR cable. You can identify these cables by the three pins on the male side and three holes on the female side. (If you're not sure about the difference between the male and female ends, just think about it for a second, and you'll figure it out.)

Guitarists and bassists will recognize quarter-inch cables (commonly referred to as patch cords or instrument cables) as the cables they use to connect their instrument to their amplifier. These are not to be confused with TRS cables (see below). This can get confusing because some people refer to TRS cables as patch cables, which can easily be confused with patch cords. Basically, if you're confused, just ask.

When a recording engineer wants to take away a bunch of bass frequencies from a sound, he'll often use a high-pass filter. This is an EQ filter that lets high-frequency sounds "pass through," while cutting off all of the frequencies below a certain threshold. Confusingly, this is also sometimes called a low-cut filter.

[Cut the Crap: Why a Filter is Your Most Important Mix Tool]

As you've probably guessed, this is the opposite of a high-pass filter. These types of filters are less common, but they're still used on occasion, so it's important that you don't get the names of these two filters mixed up.

If you're making an album where each band member is recording his or her own part individually, you're creating it using overdubs. If, on the other hand, you're all playing at the same time, you could say that the album is being recorded "live" or "off the floor."

Sometimes a producer or engineer will ask you to punch in while recording a song. This simply means that you'll be starting at a designated point partway through the song rather than playing it from start to finish.

After doing several takes of a track, and maybe adding a few punch-ins, you'll end up with a bunch of different options for what the track could sound like. When you go through those options and put the best pieces together to form a single track, you're creating a composite take, or comp.

Of course, there are plenty of other terms that recording engineers and audio geeks use, so don't feel bad if you can't follow along with the lunch-break conversation about the difference between an 1176 and an LA-2A. At least by knowing the basics, you'll be able to save yourself from potentially embarrassing situations such as, say, plugging a TRS cable into a guitar amp, or explaining to the recording engineer that you blew up his favorite ribbon mic by sending phantom power to the wrong microphone.