How to Stretch Out Your Song's Lifespan on YouTube 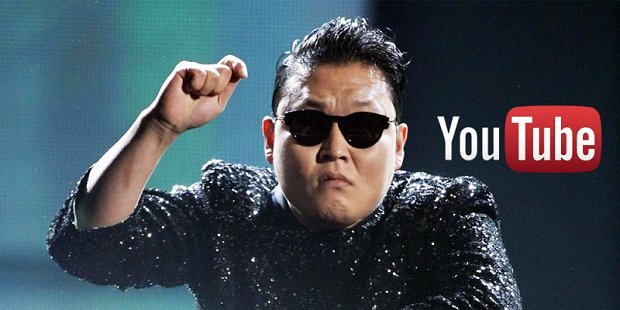 You might be surprised by this, but the half-life of a YouTube video is only six days! This means that, on average, a YouTube video will have received 50 percent of its views in the first six days on the site. After 20 days, that video will have gotten 75 percent of its views. The lifespan for an average YouTube video has become so short that it's practically stagnant after a month. So how exactly do you work your way around that? How do you squeeze out every last drop of potential views and listens to your music on YouTube? Here are a few tips on how to stretch out your song's lifespan on YouTube so that it can get maximum traction and publicity.

1. Release a high-quality, audio-only version of your song

Start out simple. Release the audio version of the new track on your channel, sans frills or special effects. Make sure that the song you upload has high audio quality (nobody wants to listen to a song that sounds like it's been put through the washing machine), and put an image of the new album cover or a picture of you mid-song as the background for the video. This will guarantee a maximum number of views during the initial stages of your song promotion, as people will want to listen to the highest quality version of your track that's only available on your channel.

Demi Lovato's "Heart Attack" is a great example of this:

There are a few keystones to creating a lyric video:

Consider the background that you're going to use

A solid background will make your text stand out more, and therefore easier to read. However, an image (make it a faded image so it doesn't crowd out your lyrics) could be more attention-grabbing and send the right message that you want to your fans. It's all based on personal taste.

Don't make them too small or too fancy, because then the lyrics might be illegible. You could try changing your font style throughout the video – it could help make it more interesting!

If it's a more pensive song, go with a darker color scheme. If it's a happy, feel-good song, you can opt for more brightly colored text and colors. Just be careful to make the lyrics a contrasting color from the background (again, so that your text pops out).

Notice how your lyrics are arranged

The lyrics in your song are arranged in a certain way with a verse here and a line break there. Try to incorporate these into your video, and arrange the lyrics in the video as they're arranged in the song. This will make it feel more organic for your viewers.

Other than that, be creative with the lyric video! There are so many amazing ways to present the lyrics for your song. You can take a page from Katy Perry's book and use cartoon emojis to appeal to the younger generation of technology-obsessed music lovers. Or you can appeal to people's senses and engage your listeners using colorful, fun graphic fonts through various mediums. Or you can tell a story through cartoons that sing your lyrics in their speech bubbles. The possibilities are endless! Just make sure that your lyrics are legible and go at a reasonable pace in your video, so that viewers can follow along. The more interesting and unique your lyric video is, the more likely your fans will be to click on it and propel your song to stardom.

Lovato certainly knew how to take advantage of the lyric video, as shown by her strong, classic example for "Heart Attack":

The most important thing about your music video is that you make it representative of your image and brand as an artist. Some artists like to go for music videos that are more bizarre, that will catch people's attention in hopes of it going viral. Other artists like to produce music videos that are more personal, that will tell a story related to the song or inspired by their own experiences. It all depends on the nature of your music, and the mood and emotions that your song is conveying.

It doesn't have to be anything too fancy or extravagant; with some basic gear and a little creativity, it's entirely realistic to produce a meaningful music video on a small budget. Just make your music video reflect you, and you'll be golden.

Below, Lovato completes the final step in the lifespan of "Heart Attack" by creating an official music video that's engaging and conveys the message of her song:

By working together with another artist, you can release a completely new, fresh take on your song that will not only give it an extra push because of its novelty, but you'll also get more potential fans from the artist you collaborated with. An alternate version of your song will gain you even more views and publicity on your channel, increasing the lifespan of your track even more. And afterwards, if you return the favor for your new collaborator by singing or playing in one of his or her new videos, you'll get yet another promo push.

Demi Lovato released a DJ remix of "Heart Attack" that garnered her an additional 400,000 views:

Though most of us are not huge pop stars, there's no reason why we can't use the same tried-and-true methods for our own releases. Your view counts may not be in the hundreds of millions (yet!), but you're bound to see tangible results on your own scale if you properly execute this strategy.

Michelle Lou is an editorial intern for Sonicbids.