Live From Your Living Room: How to Use Concert Window to Make Money and Grow Your Fanbase 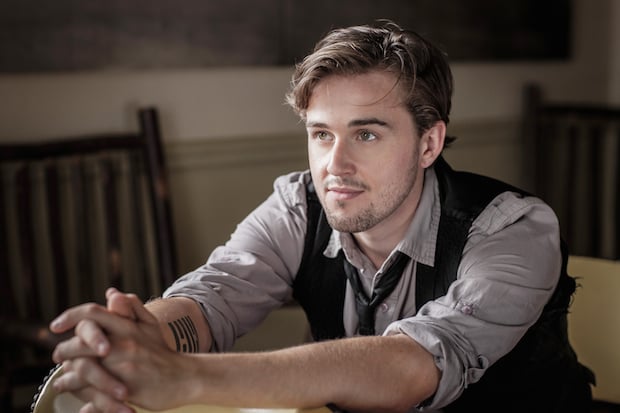 What could be better than making money while playing music from the comfort of your own living room? For musicians between tours – or those who are just looking for a new revenue stream that doesn't require a big time investment – Concert Window is a fantastic live performance site where you can play for and connect with your fans.

To help artists who are new to the platform, we've teamed up with Concert Window to put on the "Live From Your Living Room Acoustic Showcase" – which means that your performance will have the promotional support of both companies behind you to ensure that it's a success. Five Sonicbids artists will be selected for the showcase, and will be compensated based on ticket sales, merch, tips, and digital downloads.

Seth Glier, a Grammy-nominated Sonicbids artist and verteran Concert Window user, has witnessed firsthand what a huge impact streaming shows from his home has had on his career. Below, Seth gives some great insight on how the whole process works and what the benefits are:

How did you get involved with Concert Window?

I first got involved with Concert Window after I stayed at a fan's house in Cleveland. They recently had a baby and were slowing down on the nights they went out to see live music. After dinner, they pulled up a show and it was my first time witnessing the Concert Window technology. It wasn't too much later that Concert Window reached out to me to do a web concert, so I jumped at the idea.

Why did you decide to use it initially?

I've been writing a new record this year, and I've used Concert Window as a tool to test out new material between tours. I don't always want to try out new songs in a live setting for several reasons: it breaks the flow of the show, the live audience doesn't know the songs yet, and I don't love new songs being up on YouTube before they're released. Concert Window gives me a great platform to unveil and edit new songs in front of fans week after week. I also think Concert Window bridges a gap in touring. I don't usually get out to the West Coast more than once a year, so this allows me to stay connected with fans.

How exactly does streaming a show on Concert Window work?

It's pretty easy for me. I simply plug a USB mic into my computer and use the built-in camera on my laptop. Over the past several years I've used a few different concert streaming sites, but Concert Window is by far the most user-friendly for both the artist playing and the fan tuning in.

Since you started using the site, have you seen your fanbase grow?

I've seen it grow, certainly. But I've really seen it become more engaged. The chat window gives fans a unique opportunity to converse with each other while I'm playing. I've also seen them give each other highlights on my Facebook page after shows. After live shows, I've even seen people meet one another after conversing on the Concert Window chat during a stream.

As an artist, what are the biggest benefits of using Concert Window?

I've referred to Concert Window shows as my "grocery money." I'd be practicing music at home anyway. This requires no financial investment on my part, a limited time investment, and allows me to make some cash and excite fans about new updates. Win-win!
Apply to be a part of the "Live From Your Living Room" showcase by October 11, 2014.