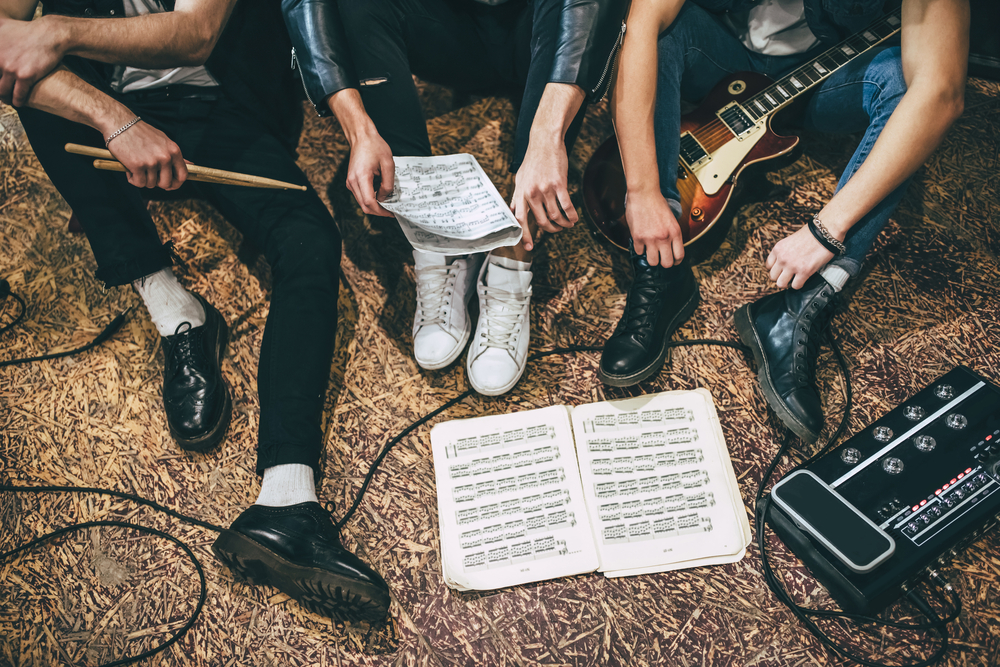 If you're a musician long enough, you're going to have a bad gig – it's just a matter of odds. Sometimes those elements are out of your control – bad sound, no promotion by the booker, sketchy venue, etc. Sometimes it is 100 percent on you – not practicing, for instance, or having a meltdown onstage.

While you can't control everything, some planning ahead (or thinking on your feet) can keep a bad gig from turning into a disaster. Here's just a few bad ones, and how you can steer clear of those situations.

The folk rock darlings are perhaps best known for their hits “Stars” and “Something That I Want” from Disney's Tangled. But early on in their career, they had not just a bad gig – but an entire bad tour.

They got a call to tour with a national artist and of course, they jumped at the chance. Unfortunately, they wouldn't technically be sharing the stage – they'd be playing on a side stage. Still, it was a huge opportunity. No biggie, right?

Well, they later found out that they've been relegated to the parking lot stage, with fans flooding past to get to the “real acts”. Worse, they weren't even allowed to park nearby – they had to park off site and lug their stuff all the way to the stage.

They were given no backline equipment, no backstage passes – they weren't even technically allowed to use the showers. They couldn't even eat catering provided to the rest of the acts and crew either – in fact, when they were invited to do so, they got a $350 bill for the food!

Obviously, this was a huge resume builder and something any band would die to get. But if you find yourself in this type of situation, that doesn't mean you can't be smart and protect your rights.

First off, have a detailed rider – that should include stuff like parking, backline, food, showers, backstage passes/tickets etc. And don't be afraid to get down into the nitty gritty. While many promoters are great, some will do the bare minimum – often even less if they can get away with it. That's even moreso the case if you're a baby band.

If your rider merely requires that you be given “food” with no further specifications, you could be dining on a handful of Club Crackers and warm beer. Make sure to let them know the types of food that are acceptable (meat and two sides, pizza, salad, etc.) as well as any dietary restrictions you might have.

Get a vividly detailed rider, and get it signed before you do your show. Once they sign, you – or your representatives – need to make them stick to it. If someone doesn't want to sign it or balks too much, odds are they're looking to take advantage of you or push you around. Don't be afraid to ask for reasonable accommodations, and don't be afraid to walk away either.

The multi-Grammy-winning blues guitar player, producer, artist, and songwriter was around for decades. But that doesn't mean he never had a bad show. In fact, according to an interview, one of his worst gigs was at an arena-style concert in Philly in the early '70s. The now-shuttered venue was unique in that it featured a rotating stage, allowing everyone in the crowd a good view of the action.

Unfortunately, Winter and his band took acid before they played. Being incredibly high in addition to a rotating stage did not make for a good mix. Winter repeatedly got lost and couldn't find his way back to the mic. The band wasn't even sure if they were actually playing (although, presumably, they were). Although it was likely amusing to watch, I'm sure there were fans of Winters who paid good money to see him at his best and were sorely disappointed.

This one is a no-brainer to troubleshoot, and one of my personal cardinal rules. Never ever, get intoxicated before a performance. Some people might just want to take the edge off their nerves, and that's somewhat of a different story. But if you do, know your limits.

Don't try a new drink or substance that you don't know how you'll react to. And don't overindulge. You could think you're playing great, only to find out you're not playing at all – or playing your worst. You could easily do something to embarrass yourself or your bandmates on stage. Having played shows with bandmates who have had substance abuse issues, I can attest that it is absolutely no picnic.

For every cool and crazy rock 'n' roll story we hear – music legends who pulled off amazing stunts while high – there's probably hundreds more who did something incredibly stupid and career ending. What you do on your own time is your business – no judgment. But as far as I'm concerned, if you're on the stage, you're on the clock.

The pop superstar certainly had a rough early gig. In an Entertainment Weekly interview, the singer recounts being paid 50 pounds for a gig in Exeter – the ticket down there alone cost him 80. In a tale that every working band knows all too well, he was banking on selling CDs and merch to cover his cost.

Unfortunately, the only person there was the sound engineer. After waiting an hour with no audience incoming, he decided to play anyway. This caused him to miss the last train back to London – a fact he only discovered after returning to the station. He waited hours overnight until the next one arrived.

There are a couple things you can do to avoid situations like this. To begin with, always try to cover your costs. If the show pays you $50, but it's going to cost you $100 to get there, ask yourself if it's worth it. Consider all the factors – meals, missed hours at your day job, gas, etc.

If it's going to cost you money, examine the upsides. Is it a hot venue you've been dying to get your foot in the door with? Is it a great opportunity in another respect (e.g. a radio station broadcasts the show live)? Are you opening for a big act? If the answer is no, then you may want to turn down the gig. If you decide to take it anyway, ask for more money – sometimes a booker's first offer is merely an opening bid to see if you bite. They may be willing to fork over a little more, especially if you explain you're trying to cover expenses.

Secondly, I'm betting promotion was lacking. A young, unknown, Ed Sheeran probably didn't have much of a fanbase, so it's easy to imagine him struggling to get the word out. It's possible he didn't even know how. Familiarize yourself with social media – it is an absolute must in this day and age, and a powerful tool to have at your disposal. Get the word out however and wherever you can.

Further, find out if the venue is doing any promoting (I'd bet in this case they didn't). If they're not, ask them to. Ask to use their logo and tag them in posts. This makes your promotion look more official and helps get more eyeballs on it at the same time.

Third, always check the train and bus routes. If you're driving, use Waze or Google Maps to find out if there are any delays/congestion on the way to the gig – or coming home. This can save you a ton of headaches – not to mention the possibility of a night sleeping in a bus station.

With a little bit of gumption and planning ahead, you can help avoid these disasters or similar ones. Usually. Sometimes, the rock gods just want to rain misery upon us lowly musicians, and that's just the way it is – nothing we can do, and totally out of our control. Still, even in those cases, I would argue that covering your bases can keep a bad gig from turning into a total nightmare.