Musicians: Here's Exactly What to Do When You First Get Someone’s Contact Info 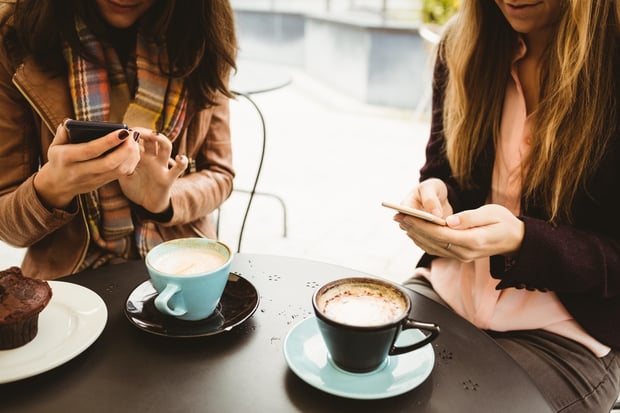 You might think of yourself as just a musician, but if you’re trying to make a living from your music, you're also a businessperson. I know that might not sound sexy, and it probably isn’t a job you’d like, but it’s true.

As a businessperson (try not to cringe too much at your new-found title), you should do everything you can to be the best networker possible, as it can make a big difference in your career. When you meet people who might be helpful in your career – or vice versa – it’s obvious that you should find a way to keep in touch via social media or more traditional channels. But then what? What do you do immediately after meeting someone in a potentially professional way?

1. Note where you met

I can’t be the only person who sometimes forgets how and when he met someone, right? This seems to be something that I have personally run into quite a bit, and I've heard it from others as well.

Remembering where you met them (or how) is a great way to keep in touch with people, and it can be very helpful when first striking up a conversation when you're trying to network. If you met a certain person in the music industry at a conference, ask him or her what else he or she learned at the event. If it was a concert, mention your favorite song from that night or possibly something about your trip home. It doesn’t really matter what you bring up, as long as it is in relation to where you met.

By the way, this person may be just like you, and reminding him or her where you met is a subtle way of helping him or her remember as well. This guy or gal will probably appreciate the nudge. (I know I always do.)

2. Write down what you talked about

Remembering a name can be tough enough, let alone the details of what you spoke about (even without it being a late, drunken night).

After getting someone’s contact info, try to write down something that you two spoke about, especially if it was particularly important to you. Did this person mention an opening at his or her company, or perhaps that he or she was looking for a band to play an upcoming event? Simply saving a name and number in your phone is a start, but how many times have you gotten home from somewhere and woken up the next day to contact info and no context?

You may think that you’ll definitely remember to email that awesome person you met last night, but once the day starts, the hangover recedes, and the to-do list begins, that small item can very easily slip away. And before you realize it, too much time has passed, and you never reached out to the person you could have created something special with.

In addition to writing down someone's actual information, as well as where you met him or her and something you chatted about, set a reminder on your calendar or on your to-do list to get in touch. It can be the next morning or perhaps a day or two later. It can be on social media, via a text, or in an email. How isn’t the most important to begin with, and when is only somewhat necessary to keep in mind (don’t start forming a relationship a month later, for example), but remembering to do so is vital.

4. Figure out what you want from this

I can’t tell you how many people I’ve met at conferences, concerts, and so on who seem very eager to meet me or get my contact info, only they don’t seem to have any idea what they actually want out of our potential future relationship. It's perfectly fine to meet people and simply become friendly, but there's a lot of intentional networking with no end goal in sight going on, and that's not a good thing.

It’s certainly not very polite to meet someone and immediately form some sort of plan and tell him or her how you can be useful to them, but this is the business world, and there’s nothing wrong with being professional with a new contact. Don’t go out of your way to meet someone and get his or her info with absolutely no plan in mind, because your unpreparedness will show, and that’s a bad first impression.