Why So Many Talented Musicians Will Never Be Successful 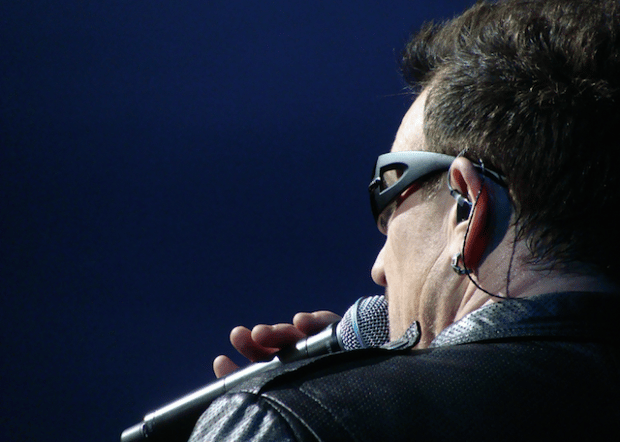 Photo by Todd Poirier via pixabay.com

Even without seeing his full face, it's a fair assumption that the man pictured above is none other than Bono from U2. Say what you will about the man, but it's hard to deny his success. The quest to finding success like Bono's – or any other famous musician, for that matter – is a difficult one. The reasoning behind this is because the definition of success is different for many people.

Some believe that all it takes is maintaining a standard of excellence. As long as they conquer the technical aspects of their instrument and become fluent in the language of music, then success will grow naturally. Not to put down those aspects, but there's more to it than that.

Today's age of music is increasingly competitive. Techincal musicianship is common practice and no longer a mind-blowing concept. Of course, there are still musicians out there who are better than others, but in terms of the audience, people won't pay that much more to see someone like Herbie Hancock play piano compared to Taylor Swift. In fact, Taylor Swift probably charges more and isn't nearly as musically talented as Herbie Hancock, yet some would argue she has a more successful career.

Audiences and musicians alike understand that technical excellence is a necessity if one wants to make it in music. That being said, it's hardly all you need for success.

The keys to a successful personality

First of all, great job at mastering your instrument. You've practiced until your fingers bled and fought through the periods of low motivation until, finally, you've broken through. Friends, family, and teachers alike all praise your ability on your instrument... so why are you not playing Madison Square Garden on New Year's Eve? Well, as we already know at this point, it takes more than skill to breed success.

If you want to change the world of music, that's not going to be done just by being the best – people also need to recognize your creativity and individuality. By approaching your music in a unique and thoughtful way, you don't even have to be an amazing player. You can see examples like this all over the music industry. Take the Beatles, for instance. None of them were virtuosos at their individual instruments, but they did something that no one else did, and they will be remembered forever for it.

Besides originality, a few key personality traits are needed as well. It's easy to get lost in the monotony of life, but if your career isn't going where you want it to, think about something: Are you playing it too safe? Are you sitting at home practicing your instrument and looking at all the massive tour schedules of other bands?

Some people who play it safe think that in order to make it big, you need to be skilled, rich, or lucky. A little bit of that will help, but more than anything, you need to be bold, dedicated, and devoted to taking risks. The big gig isn't going to fall in your lap – you have to get out of the house and go for it.

You know that feeling that you might lose everything when taking a risk? It's not a bad one. A scary feeling, yes, but bad, no. In the end, it will be persistence that brings you to the top, not luck or money.

Once you finally have the courage to risk it all and leave your comfort zone, you need to figure out how to maximize your time.

Once you join the rat race to success, it's crucial to differentiate yourself from the pack. There will be plenty of musicians of equal talent and dedication to compete with. To stand out, many believe they should practice longer or more efficiently. This will help, but you only have so much time and energy. By not managing your time effectively, you'll burn yourself out.

Once that happens, you'll seek any victory you can get to revive confidence. This is why so many people aim for mediocrity. It's easy to obtain, safe, realistic, and doesn't consume much energy. Some people are content with mediocrity as it satisfies them just enough.

However, the field of mediocrity is crowded. Mediocrity is like a lake full of trout fishermen. Sure, trout is alright, but there's a lot of other guys here fishing for it. Meanwhile, in the ocean, a few daring seafarers hunt after Moby Dick himself. Moby Dick is certainly a much harder catch, but there is also less competition for this very reason.

The big goals are the ones to go after. Assuming you've already mastered your instrument, your energy will be best spent putting maximum effort into what you believe. You want the Moby Dick of ideas – the one that seems almost unobtainable, yet you couldn't imagine failing to capture it.

This dream has to be deeply personal. If it's not, you won't be willing to do whatever it takes to make it come true. Before attempting anything, that desire has to be into place. Otherwise, you'll be wasting time and energy. In other words, don't exhaust yourself fishing for trout.

Put it into action

This will sound cliche, but it's time to be honest with yourself. We all have dreams, but what stops us from doing them? If you took a piece of paper and wrote down the top five things to do before you die, would you start doing them right that second? Probably not, but that's the issue with many who fail.

Too many musicians crave success but, whether they know it or not, shy away from it. It can be something small like not telling your friends about a gig because you're afraid of what they'll think. Maybe you're sitting around putting off album production for another day. Have you written out the song you've been humming in your head for the past week? Why not?

It's common sense, but nothing will get done unless you put it into action. Start small and write a list of things you need to advance your music career. Then just start doing them. Put more energy into the bigger goals on the list, but don't skip over the smaller, necessary ones. If you're really that dedicated to becoming a successful musician, then you'll be rewarded greatly for your dedication to action.

Up next: How to Balance Big Dreams with Realistic Goals as a Musician