6 Risks You Should Take With Your Music Career, Starting Today 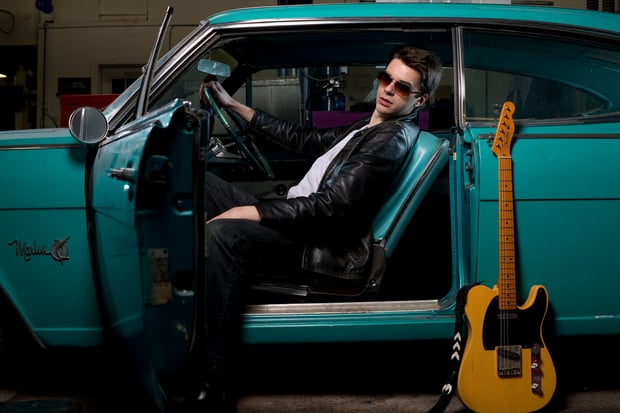 Remember the first time you said out loud (or at least to yourself) that you were an artist or a musician, and all the excitement and potential, mixed with maybe a little fear, that you felt? There was probably that natural high off of the creative spark and thrill of what could be ahead in the unknown.

Unfortunately, there frequently comes a time where, in some way, you might stay too much in your comfort zone, and the byproduct of that feels like a letdown. Or worse, it leads to boring music that doesn't energize you or excite any listeners, and eats up all of your forward momentum and puts you in a career rut.

Here are six risks you should take with your music, starting today, that I've found can keep (or get) you out of a creative slump, and keep your career and art moving forward.

1. Create the music that is actually you

I've met too many good musicians only intent on chasing a “trend” or “what's selling right now.” When you tailor your music just to mimic “what's hot today,” you're playing it safe, but not playing the music that you really love.

Let's face it: the world hasn't mourned the passing of John Lennon, Michael Jackson, David Bowie, Prince, and many other incredible and influential musicians because their songs sounded just like everything else on the radio at the time. So go forth musically and follow their lead, building off your influences and playing the music you love. You'll find this authenticity will attract other musicians and industry types to work with you and bring you dedicated, honest fans who truly like what you're doing.

2. Move to another city

In the middle of tracking my upcoming album in upstate New York, I had an epiphany that was equally exciting and terrifying: I had to move to another city. Armed with a new goal and career aim, my research ended up having me cut ties with everything around me and resettle nearly 900 miles away in Nashville, TN.

It comes with a huge change in lifestyle, effective total reordering of your life, as well as visible and unforeseen headaches. But moving to another city that is more in tune with your genre and style is still one of the best career moves you can make.

While the internet and social media have revolutionized music in a variety of good (or bad) ways, there's still no substitute for face-to-face contact with the people you need to be in touch with to push your career forward, be it other musicians, recording engineers, or industry and label connections. And don't ignore the importance of close proximity to venues and audiences open to what you're playing.

[5 Ways to Find Fellow Musicians in a New City]

3. Write a song that requires an instrument you don't have

When I was working on material for my upcoming album, I realized I wanted saxophone on a few of the songs. I heard it in some spots and knew the tracks wouldn't be complete without it. This decision was met with confusion and polite befuddlement by my fellow band members:  we didn't have a sax player, and didn't really know anyone who played at an “album-quality” level. Where there's a will, there's a way, though, and we ultimately did find a killer sax player to play on the session.

The final track was far more than I initially expected when I started writing. The sax expanded my sonic palette, as well as bringing depth and variety to the album as a whole. So when a similar risk to this appears before you, take it. You'll likely broaden your sound, and bring new angles and energy into your music.

4. Book a show you don't feel quite ready to play

After I put out my first EP, I wanted to play a show, though I didn't have a dedicated band. So I emailed a venue with some song links, and a few days later booked an opening slot a few months in advance. With the word that this was currently only meant as a one-off show, I found several people willing to back me because there was no long-term time commitment to anything.

The set we played was received by an enthusiastic crowd, and the venue booked us to come back a few months later. On top of that, an audience member came forward after the set loving what they heard and put us on a bill for another show at another venue.

When you take a risk and book a show you're not quite ready for – be it a first show, a solid opening slot for a bigger touring act, your first headlining gig, or so on – it marks a specific date when you have to be ready, and a goal that you and your bandmates will have to work toward to make happen. Since everyone knows there's a deadline, and potential issues if you don't up your game beforehand and the day of, you and those around you will (hopefully) rise to the occasion and then some, and move yourself forward in a positive way.

An important side note to all this: don't burn any bridges, and always be honest with venues and promoters. Never lie about your draw or things of this nature to get on a bill.

[How to Book Career-Building Shows: What Many Bands Don't Understand]

5. Find a mentor, and ask for an honest critique

A few weeks after I moved to Nashville, I had the great fortune to sit down with a premier social media guru for the music industry. His stories were endlessly fascinating, and his career trajectory was illuminating. His insights on what artists like myself do wrong on social media was some of the best advice I ever got. Within days, I was using his tips to get more followers, likes, and song plays.

So do your homework: pay attention to liner notes, trade articles, and other items. Create a LinkedIn account, and search for music industry professionals in your area. Then, politely and professionally ask for some time to sit down with the contacts you found. If they agree to meet, chances are that they'll end up providing a wealth of information about how they got their position, what they're doing there, and the pratfalls and problems they're seeing from their perspective – all amazing information that can be very informative and helpful to you.

6. Take the night off

At a crucial moment during my songwriting process, I hit a wall and couldn't write a second verse for a song that I felt needed tweaking to be recorded for Take The Risk. For over a week I made a futile gesture to pick up guitar and notebook and try to get the words right. In frustration, I decided “I wouldn't touch that damn guitar” for a day and did whatever I felt, as long as it wasn't related to anything music. No matter how I might “waste my time,” it was fine as long as I avoided anything career-related.

The next day, feeling recharged and energized from the break, I cautiously picked up the guitar and started strumming the verse chords… and without a thought, scatted a lyric line. It fit perfectly! Within an hour I had a complete verse, and the song was done.

The moral: don't be afraid to take a step back from your instrument and music for a day. Go for a walk, meditate, or visit with friends and family. Put down your phone and unplug your laptop, and have a “lights-out” breather from social media. Chances are, you'll find clarity and see things from a new angle. The potential fans and opportunities will still be out there when you come back, and with your new energy and outlook, you'll be ready to make the most of them.

What’s a young rock-and-roll musician to do when he finds himself at an artistic crossroads? For Bryan Howell, the answer was simple: his first full-length album, Take The Risk, which drops August 5. Armed with an album full of street-poet rock songs, a beat-up old Telecaster, and his trusty bandmates, the Standalones, Bryan’s bold moves come together to create an album that is as passionate, energetic, and thrilling as he is. You can check out the lead single, “Your Saturday Night,” here and keep up with Howell here.