The Essential Guide to Busking in Atlanta 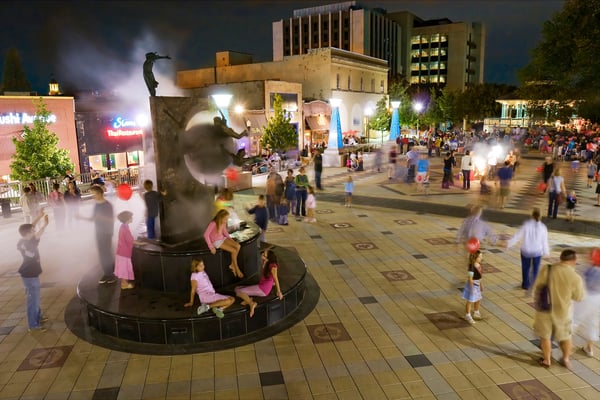 Atlanta isn't exactly known for busking, but that doesn't mean the city is altogether closed off to street performers. Compared to places like New York City or Austin, the rules regarding busking are a bit stifling. Still, there are plenty of spots where you can legally showcase your skills and entertain an audience in exchange for tips. You just need to know where to go – and which places you should avoid.

Let's be honest: there have been issues in the past with performers being arrested by police. While the laws are pretty clear, the practice of busking is still prone to confusion on both sides. Two incidents in particular, both of which happened in 2013, sparked controversy regarding the city's panhandling ordinance and its effect on street performers. We're not here to debate any of that, though. Our recommendation is to stick to the rules as they stand now, and if you're approached by law enforcement anyway, listen to what they say. Whether you believe they're right or wrong, it can all be sorted without going to jail. Keep your cool and be respectful – even if you're sure you're not breaking the law.

Familiarize yourself with these rules:

So none of you are going to break any laws, right? Okay. Now, read on for our top five busking spots in Atlanta. Good luck, and have fun! 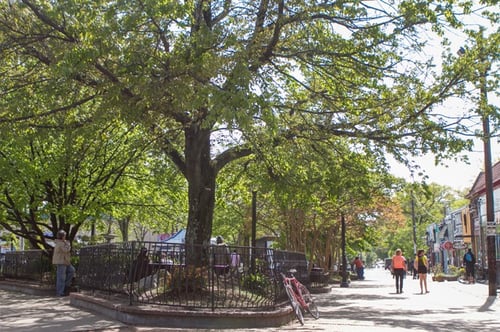 There's already a staple busker attracting the attention of throngs of shoppers, diners, and drinkers visiting the eclectic Little Five Points area: Poetry Guy. His icebreaker involves asking as many passersby as possible if they like good poetry. But that doesn't mean you can't also perfom at Findley Plaza where he's usually working. While it's a relatively small space, there's still room for multiple buskers with tons of potential listeners crossing both day and night. 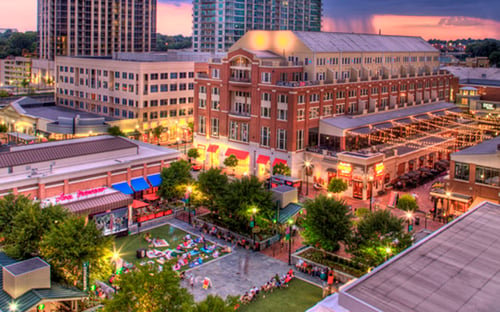 This retail district, which opened in 2005, is a great place for busking – it's encouraged, actually. The area is pretty large, so there are numerous positions throughout offering optimum exposure. Daytime and early evening are better times for busking here; in the past few years, Atlantic Station organizers have been actively working to avoid developing a nightlife/club vibe. 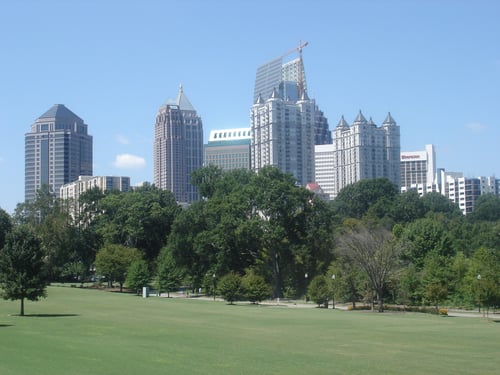 One of the city's oldest and best-known parks is also one of its most popular, so if it's not past the 11:00 p.m. closing time, there's basically always an audience to capture. And at 189 acres, there's ample room for performing, be it on an open meadow, near a walking path, around the lake, or any number of great spots providing a captivating skyline backdrop. 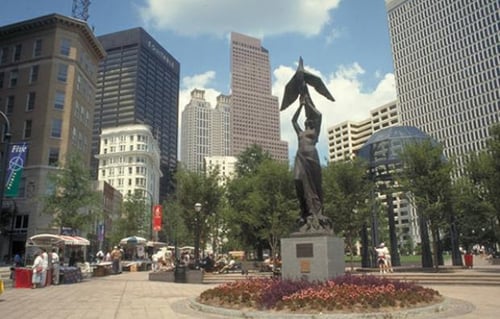 In the heart of downtown Atlanta is Woodruff Park, which gets a lot of its foot traffic from folks who work in the area and Georgia State University students. There's a performance pavilion, but on its floor is an oversized chessboard that's regularly in use. The games often attract a crowd, though, so consider setting up nearby. Near one of the park's two fountains is also a good choice, as there's seating nearby as well as people playing regular-size chess. 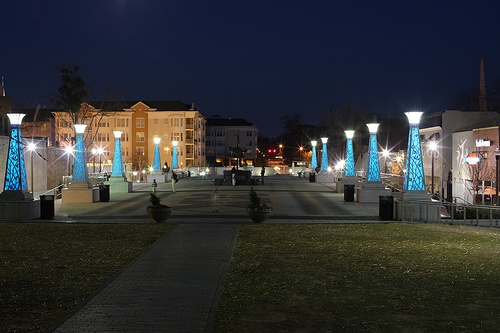 It sort of operates under the impression that it moves a little slower than Atlanta, but Decatur's downtown area is actually a bustling hub for shopping and stellar dining. Decatur Square is what the whole four square miles is called, and while there are plenty of curbs that could work for busking, most are too close to a business to comply with the 15-foot rule. Try the pavilions instead – there's one by a row of bars and restaurants, and another in the middle of a horseshoe-shaped parking area.