The Hidden Benefits of Going Broke on Tour 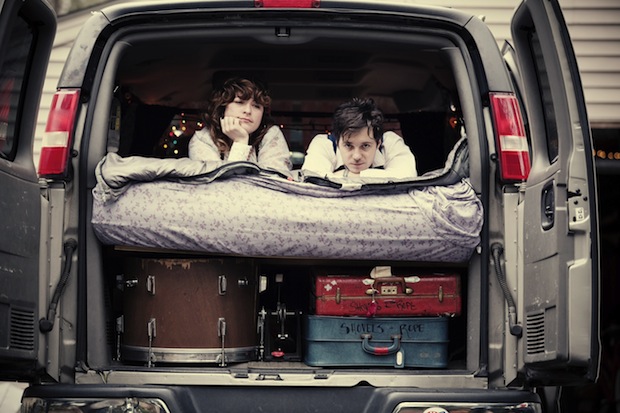 Michael Corcoran is the CEO of musicSUBMIT.com, an internet promotion and publicity firm for musicians.

This article originally appeared on the musicSUBMIT blog.

This past April, CD Baby's DIY Musician blog published a guest post by Jason Schellhardt on whether traditional tours still make sense for independent artists. The article states that booking cross-country tours no longer makes sense for newer independent artists. Mr. Schellhardt suggests that since the advent of the internet, touring is no longer the best way to build a fanbase – you can get more fans via social networking. If you do tour, he writes, you should go where your fans are by using “geo-specific data” gathered from social media. He ends with the disclaimer that “every band is different, and what works for some may not work for others.”

From the article, a new band might think that there’s no reason to hit the road and spend a bunch of money just to play in front of half-empty clubs in small towns, since no one develops a fanbase that way anymore. While this idea is mostly true, it ignores the most important reason for new bands to tour in the first place: to get the real-life experience of touring, performing and being a band. Bands shouldn’t tour with the purpose of gaining a fanbase, so much as to develop the vital skills that you just can’t get from banging away on your iPhone for new Twitter followers and Facebook likes.

For new bands, here are the real benefits of touring, regardless of the fanbase you may or may not build up on the road:

1. You’ll get used to going through the paces of a tour.

Bands should tour to develop the vital skills that you just can’t get from banging away on your iPhone for new followers.

Here’s the thing: When you tour, you don’t usually hit the same town more than a few times in a year. It would take most bands 10 years to build up a following, unless you really kill it the first few times around. Touring is expensive – you’ll go broke trying to develop markets that way.

The real reason for doing short club tours is for the unsubstitutable experience of actually cruising around in a van and playing shows. It’s about going through the paces of driving, unloading, standing around, being bored, eating, setting up, soundchecking, being bored again, performing, packing up, driving some more, sleeping, repeating.

Plus, touring is the ultimate litmus test to find out if your band can stay together long enough to make it. Most bands break up because they can’t get along while around each other constantly. Your band needs survival skills like washing, sleeping, eating, passing time and not going insane from being around your friends 24/7. These skills can only come from doing, not imagining.

Playing live multiple times per week at different venues is an integral part to developing your sound. Think about it: You could play your hometown club five times in five months, for a total stage time of about 3.75 hours. Or you can get that same amount of stage time playing five gigs in a week. In just two weeks on the road, you have performed more times than a year staying home.

You get better on the road. You get comfortable as a band, you get in a groove, you develop your stage presence. And most fans usually never know when you screw up anyway, so don’t obsess over how “tight” you sound before you tour.

On the road you will undoubtedly bump into other bands, make friends, and pick up valuable industry information that you won’t get from the internet (i.e. Who’s the best promoter in this town? Which band manager is looking for an opener? How can we play this festival?).

What’s more, record labels and other industry people will always look for bands that are battle-tested road warriors, and not because they are romanticists – far from it. If you’re lucky enough to get signed to a label, the record people need assurance your band can handle the stress and won’t break up. Because guess what – that’s exactly what you’ll be doing for the next 36 months of your life. If it’s what you want, you better to start getting used to it now and see if it’s for you.

Yes, you’ll probably come home from your first tour broke and in debt. Don’t sweat it. You probably spent the same amount on spring break last year, and you’re just about too old for spring break these days. Besides, you’re having fun while gaining valuable experience. And when your big break comes – opening for a big band, playing a festival – you don’t want to be forced to admit this is your first time on the road. You won’t be able to fake it with the bigger bands, and you’ll lose their respect.

If you haven’t already toured, tour this summer. If you want to make it as a band, it’s a rite of passage.

How important do you think it is for new bands to go on tour? Let us know on Facebook and Twitter.